This week is National Marine Week, organised by The Wildlife Trust, a celebration of all things marine. This article is one of a series of articles looking at marine issues this week (links to other articles below). Today we look at a new consultation by the Welsh Government looking at reducing single use plastic, a huge issue for marine life worldwide.

Welsh Government has launched a consultation asking for people’s opinions on reducing non-essential single-use plastics. They are seeking to ensure that policies are put in place to reduce the plastic littering the oceans and the public’s reliance on single-use plastic.

Single-use plastic is a catastrophic problem for our oceans and marine life. The Marine Conservation Society (who are very supportive of this consultation) has been keeping a record of the single-use plastic problem on Welsh beaches for nearly 30 years. Plastic items were the most commonly found items in Wales during the Great British Beach Clean. These are the average numbers of items found per 100m of Welsh beach (about the length of a football pitch): 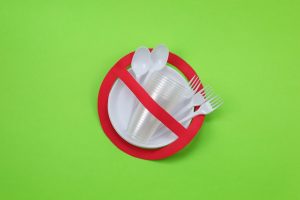 This consultation looks at reducing items that have already been banned elsewhere in the UK, such as plastic cotton bud sticks, stirrers and straws, as well as extra items like plates, cutlery and food and drink containers made of polystyrene. The Welsh Government proposes to ban oxo-degradable products, meaning that products used would need to be suitable for recycling.

“We need to move to a reusable economy which is not only great for the planet, but helps generate new jobs contributing to a green recovery in Wales. Companies have been producing single-use plastic for years and it has become a blight on our beaches.”

The Marine Conservation Society hopes this consultation will be the first of many measures to reduce waste in Wales. The key to reduce pollution further in the oceans would be a ban on all non-essential single-use items, whether this is plastic or not. The Marine Conservation society would like to see the Welsh Government being even more ambitious and look at getting companies to pay towards the cost of cleaning up their products found on beaches, which is set to become the norm in Europe.

When the consultation is closed the Welsh Government will use the responses to develop legislation. As young people, your views are important in this, make sure you have your say here: Reducing Single Use Plastic in Wales

This week is National Marine Week, today we look at a new consultation by the Welsh Government looking at reducing single use plastic, a huge issue for marine life worldwide.

Aunty Sprout: Burdening People With My Depression and Anxiety