Good theatre gets you talking. As always with Sherman’s new productions you leave wanting more, challenged by the subject matter and fulfilled with their execution.

Lose Yourself by Katherine Chandler is almost a slow burner. Director Patrica Logue formulates the pent up energy, triggering the lack of control, driving the audience into a state of absorption. The script is tight, filled with typical cutting banter, each three characters of Nate, Yaz and Josh getting individual, interior monologues of near equal substance. It is the final third of the play which becomes the most interesting section. A typhoon of debate could be and will be made about the events leading up the conclusion of Lose Yourself. 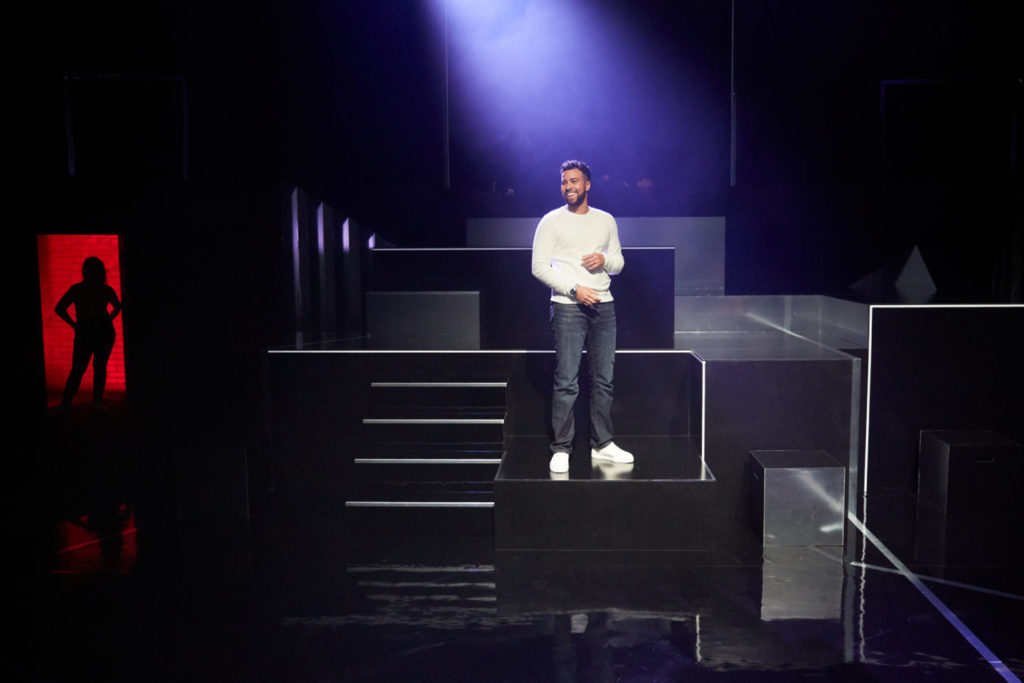 Watching the characters of Nate, Yaz and Josh, we get a clear look within the Cardiff drinking scene, football culture and also the youthful abandon we all know well. Carla Goodman’s set comprises imposing monoliths clad in black, representing the nightclubs the characters frequent. Lighting by Andy Pike gives visions in lasers, strobes and other effects, full of contrast of light and shade. Sound design by Sam Jones is more dominating than previous subtle work from past shows. Although I must confess the whistling segué between multiple scene changes became grating after a while.

Acting here is top level. Aaron Anthony is Nate, the cocky premier footballer who gets all the ladies and is not afraid to brag about it. After some time Nate becomes a hideous persona, the definition of toxic masculinity, though that doesn’t stop him from being funny, even insightful in moments. Anthony crammed confidence into the part and should be praised taking on what is a purposely problematic role. 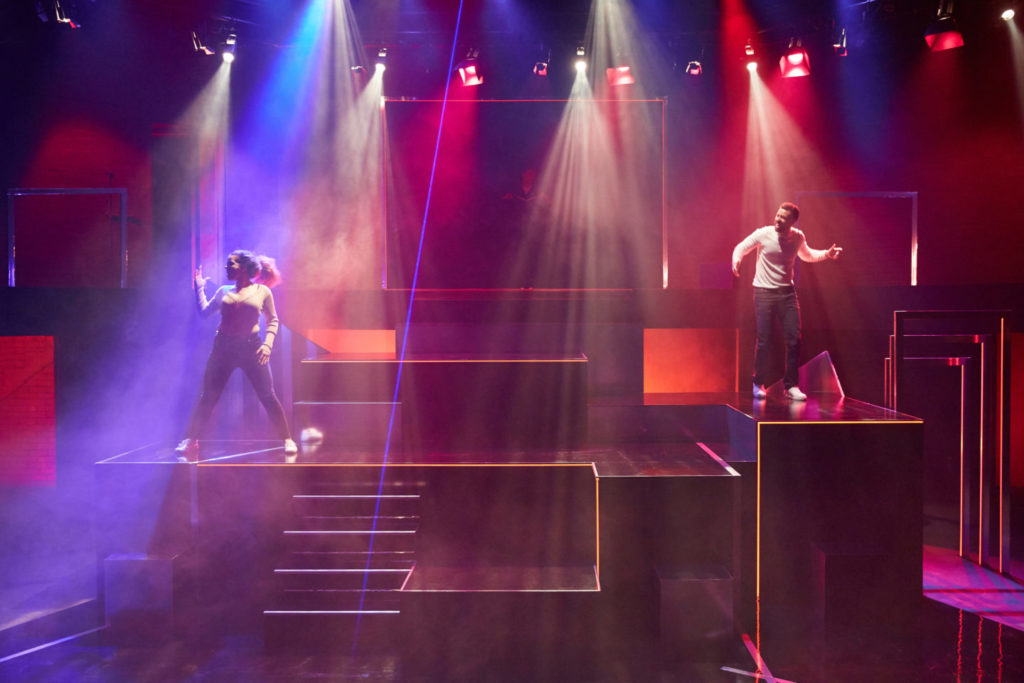 Yaz, here tackled by Gabrielle Creevy gets some hilarious lines, honest in the portrayal of a young woman who seems to be in charge, only when she’s not. Her final, sympathetic words end the show, as we deliberate on this side of this story. Tim Preston plays Josh, the younger footballer, taken under the wing of Nate, for better or worse. There is a youthful frustration here, played with vigour by Preston due to the character’s recent leg injury. He soon finds out Nate’s nasty ways and calls out his friend’s behaviour. Josh still falls foul to Nate’s questionable actions and the impending storm of scandal feels just a flutter of a newspaper headline away for these two athletes.

The big question of the show concerns an alleged sexual assault. The audience are invited to draw their own conclusions. Recent work like Blud by Kelly Jones has depicted stories of footballers falsely accused of rape, but here there is much more ambiguity, defined by the three characters actions leading up to the concluding occurrence. The cultural norms and behavioural tribe mentality seen within football is shown to be the problem, yet nothing is ever truly black and white.

Lose Yourself runs at Sherman Theatre till 25th May 2018.

Youth Centres in Cardiff are open – check the details!