England has honoured the world with many great composers. In a telling concert from BBC NOW, they would prove this and remind us also.

The whole concert was conducted by Martyn Brabbins, who has a graceful, majestic form in bringing all the musicians together in harmony and great tutti moments. Our journey began with Sir Edward Elgar’s In the South overture. Nicknamed the “Alassio”, the composer had a good romp around Southern Italy, in the hope of warmer climates. Sadly, the weather was abysmal and would only improve later into his holiday. Detailing this sunny escapade in musical form, Elgar depicts ruined churches, ancient Roman roads and the awe of nature itself. This is a fantastic piece by Elgar and sums up his musical style in a very compact way. Even the little folk song inspired viola [not violin] solo is a bit of magic from the previous guy on our £20 note.

Frederick Delius was escaping from the Germans in France in 1915. Invited to the UK by Sir Thomas Beecham, he would meet and fall for the Harrison sisters, two musicians. The combination of violin and cello inspired Delius to write for them a Double Concerto, after hearing them both play Brahms’ same offering. Played exceptionally well here by both Tasmin Little on violin and Paul Watkins on cello, it’s a piece that has a few moments of real tenderness. It’s prim and has elegance, but whether it’s little more is debatable.

Tonight’s showstopper was a real corker: Belshazzar’s Feast by Sir William Walton. This cantata was written for a huge chorus and orchestra, too big for the BBC studios to record in London. Taken up to the Leeds Festival in 1931, Beechman again this time suggesting to the composer why not add a few brass bands as “you’ll never hear the work again”? How wrong he was (it also turned out that Leeds was full of brass players at that time) as this has become one of Walton’s most famous works and a crowning achievement in choral music of the 20th century. 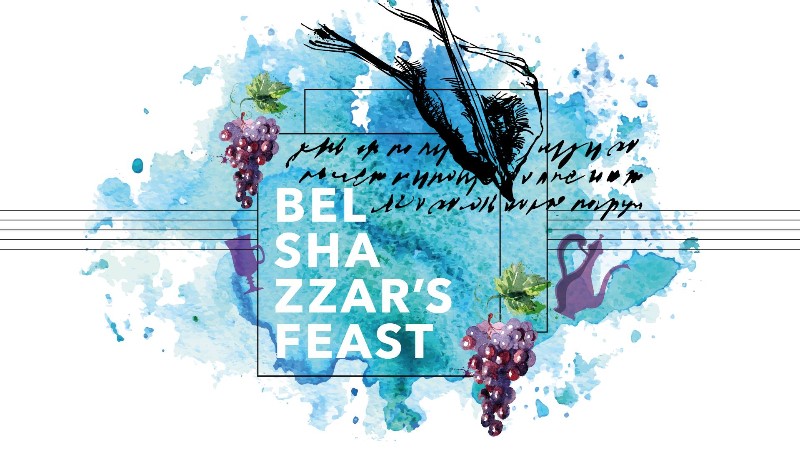 Based on stories in the Bible, Belshazzar (one of the three wise men, or Magi) is having a huge banquet in Babylon. In a hedonistic state of blasphemy, they drink from sacred vessels from Jerusalem. In an apparition, four fingers appear against a wall and write: “Thou art weighed in the balance and found wanting”. That night, Belshazzar is killed and his kingdom divided…

This cantata catapults straight into the action with a great compactness in the text (it could have easily been an hour in length, when it’s only half that). The chorus are the cutting dramatic force, full of praises and shouting, the brass bands adding that extra kick in monumental climaxes and the bass, Neal Davies a solemn deliver of half of the text, with no instruments accompanying him in peak moments. The orchestra is blessed with colourful and resplendent writing (the music for the words on the wall is chilling), especially in the praise sequence and the finale.

What should be established is one type of pronunciation of the name of Belshazzar, as both the chorus and Davies gave two variants.

That aside, the musicianship never falters with BBC NOW and their chorus.

The concert available to listen to on iPlayer for 30 days after the concert.