Fluid combat, an engaging plot and an energetic soundtrack combine to make Ys VIII: Lacrimosa of Dana a JRPG you can’t miss. 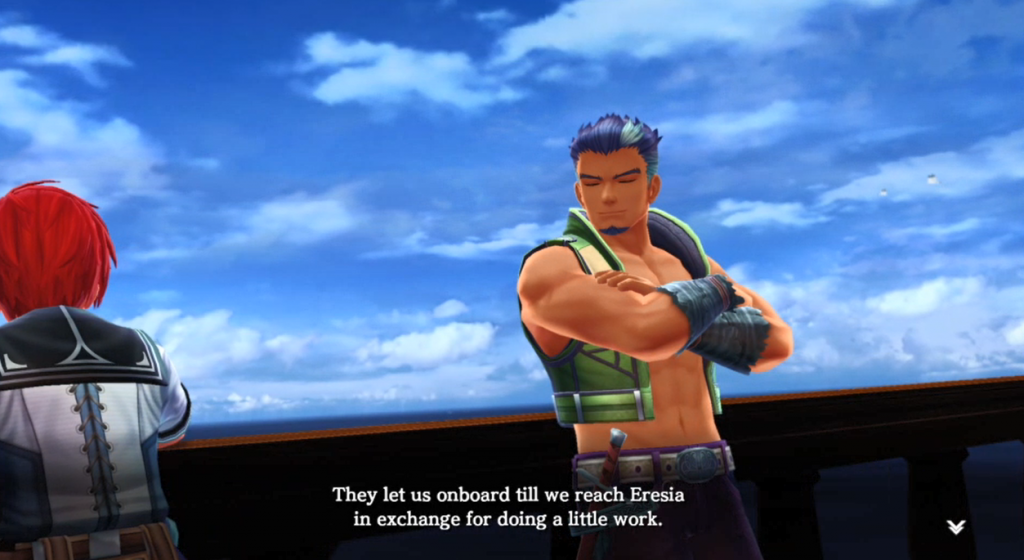 My first question with Ys: LoD is how it is pronounced. Ey-s? Yee-s?

Who knows? Not me. It’s my first Ys game. Luckily, that’s not important for a new player, and neither is any previous knowledge about the game.

Players assume the role of Adol Christin, an adventurer who has decided to freelance as a sailor with his loyal blue-haired buddy, presumably because the questgivers on the mainland were all using Deliveroo for their food errands, nowadays. Following a tour of the people sailing with you – mysterious man, awkward couple, gruff captain – the Kraken shows up to give your ship a cuddle. It leaves you washed ashore on a conveniently-placed ancient island that nobody can escape from. It’s a bit like travelling to the Isle of Wight.

So begins the task of gathering your lost companions and establishing a base, in between bouts of murdering the local wildlife within a several-mile radius. You’d be forgiven for thinking this is an animefest of grindy gameplay and dramatic Japanese, but it turns out this game is actually quite absorbing.

Ys is a game series well-known for its frenetic action and this latest offering does little to disappoint. You can switch characters immediately to counter specific enemy strengths and to exploit weaknesses, and air combos and juggling enemies in the air will yield more items and a heightened sense of worth within yourself. You can block and dodge perfectly to achieve damage boosts or bouts of invincibility. This can all happen very quickly, and the controls feel very responsive. It’s incredibly satisfying to go all-out on all sorts of monsters with varied movesets and flashy ultimates. 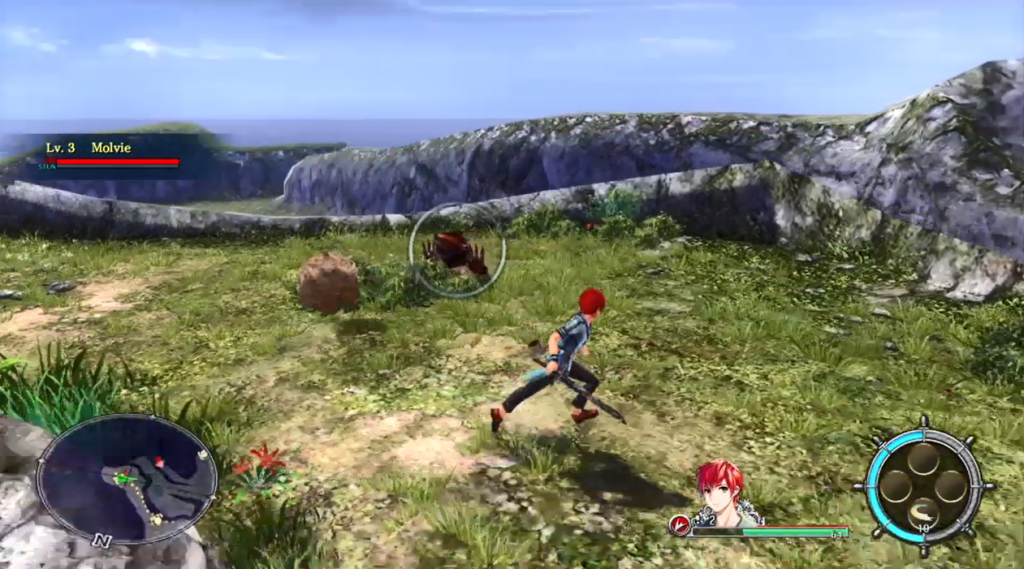 The base-building aspect of Ys: LoD is new, and serves as a good reason to go out and hunt for materials like wood and ore to build up your resources and tools back at your base. You’ll find yourself exploring the island, scavenging items for quests back home, and then returning back to the base to defend it from sieges by the locals. You also have to find more of the crew that have been stranded around the island to help you move blockages to new parts of the island, as well as finding them gifts to improve their standing towards you. This method of unlocking areas places the game in vague Metroidvania-style territories, and while the differences are stark, it still evokes a sense of the unknown waiting to be discovered.

The setting of the game feels very impactful as a result.

Unlike almost every other JRPG, you’re not on some grand quest. You and your friends are simply trying to survive on a hostile, Lord of the Flies-style island. Your motivation is on forging a living from your misfortune, rather than chasing yet another bad guy threatening the Kingdom, or the Republic, or whatever country is under attack this week. You’re not asked to remember several regions and the intricate politics between several different characters. All you need to know is that you’re an adventurer, you’re stranded, and you need to save some people. The game takes you from there.

The plot of the game itself is weaker, but not unforgivably so. Some of the characters can prattle on for ages about what it is they have to do, but most of the cutscenes aren’t unmercifully long. Without wishing to spoil aspects of the game, there’s hidden danger behind the island’s existence relating to its ancient origins. When the game focuses on this, it can either be a boon to the story or a bit of a distraction from the base-building. 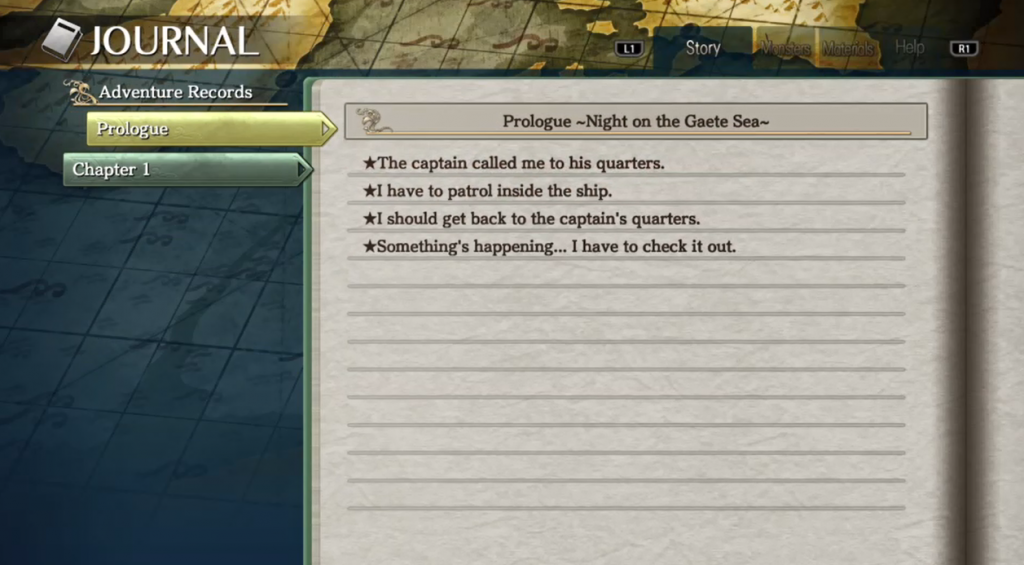 Items can be traded in for new equipment and resources, and weapons can be reforged for better stats. You’ll get six playable characters with unique styles of play, all with their own movesets and special abilities. As you gain more items, new abilities will be granted to you. The game achieves all of this without being too overwhelming, which can be a pitfall for JRPGs as a genre. With some games of this type, the weight of the controls, plot setting and meaningless stats can wear down players who aren’t quite committed to playing this game as part of the rest of their adult life. Luckily, Ys is light on the explanation, peppering it throughout the first and second chapters as they become relevant to the gameplay.

One final note has to go to Ys: LoD‘s soundtrack, which is another staple of the Ys series in general. Lacrimosa of Dana does not disappoint.

It’s a shame that the game is likely going to be lost to obscurity because of its very generic-sounding name and marketing. The localisation can be a bit off-key, especially next to Atlus’ Persona 5, which is a masterclass in JRPG design and gameplay. I found myself comparing the two games a lot, and while Ys has more direct gameplay action, Persona 5 felt more suited to me (despite being clearly set in Japan), and was also different enough to be intriguing. I don’t think I’d have picked Ys: LoD up if I wasn’t asked to review it.

Don’t let this put you off, though. The game is definitely worth its asking price and anyone who has doubts about Ys: LoD can rest easy. Pacing is sometimes an issue, but not to the point of frustration, and the gameplay is a joy to experience. It is brimming with content both in and out of combat, and while the plot wavers at times, it’s a thrilling ride from start to finish.

Thanks to Koch Media who provided TheSprout with a review copy. Ys VIII: Lacrimosa of Dana is available on PS4 & Vita.

GAME REVIEW: Life is Strange: Before the Storm