The Utawarerumono epic concludes with Mask of Truth, a plot-heavy game with turn-based gameplay 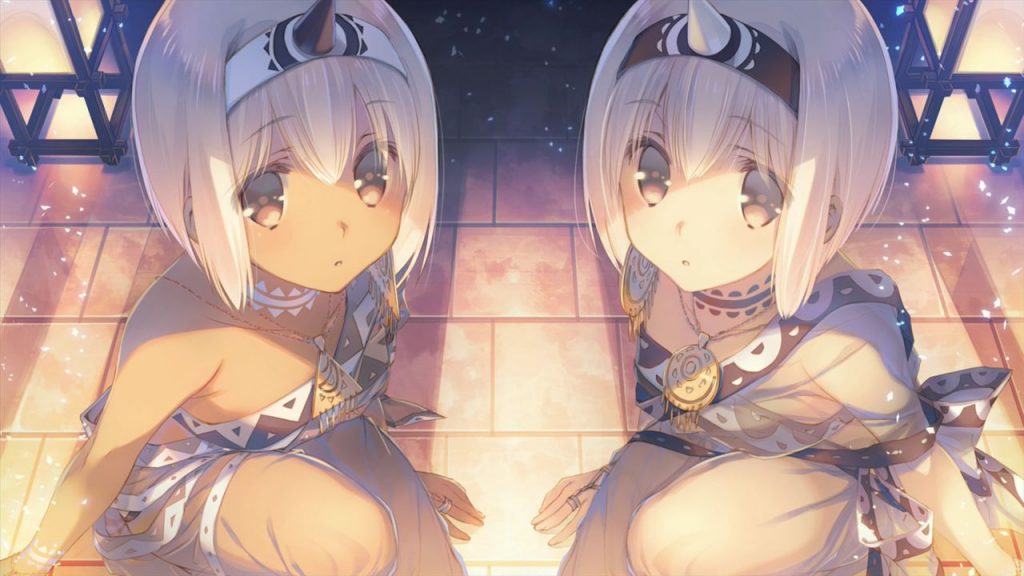 I feel like I need to qualify this review by starting with the fact that this is my first foray into Utawarerumono. To mirror what the experience was like for me, choose any random series from your Netflix account that you’ve not yet watched and skip the first few seasons.  Try to decipher who everyone is and why you’re supposed to care about them.

Now add elf ears or cat tails to everyone. Everyone is now speaking Japanese.

To the uninitiated, this is the first hour of Utawarerumono: Mask of Truth.

The game is a visual novel first and foremost, with its tropes firmly rooted in Japanese culture. Gameplay takes the backseat as story is primarily delivered through text-based interactions with various characters. There’s room for debate into how far we can stretch the term ‘game’ for titles like these, but the writing has been critiqued as strong enough to hold its own, game or not.

Mask of Truth is a direct sequel to the last title, Mask of Deception. The game provides some sort of prologue made up of several different scenes that eventually lead up to the climax of Mask of Deception. Essentially, the Emperor, Mikado, is dead, and the protagonist Haku is now having to assume the role of the now-deceased Oshtor, Imperial Guard of the Right. There’s also something about a disease that gets taken over by royal blood.

Honestly, I was very confused. Rather than existing for the benefit of new players, it feels like this recap exists as a memory jog for players of the previous title, because no effort goes into explaining who everyone is in any meaningful detail. The writing reads well enough, though, and with some effort and a second window open to the game’s Wikipedia page, I was able to extrapolate what was going on and what the setting actually was. This game should come with a warning before starting a playthrough, and it should appear in flashing neon lights: play the previous title first.

Armed with some knowledge of the previous game, I ventured on. Haku’s character is in an interesting position by witnessing how the other characters react to his loss, while he is masking himself with Oshtor’s identity. Talk of warring nations arrives within half an hour of the game starting. Personalities quickly begin to shine through.
Until the 45 minute mark, I hadn’t pressed anything but the X button (and even that was omitted once I discovered that there’s a setting to make text advance automatically). After that, you’re briefly introduced to the turn-based strategy element of the game. 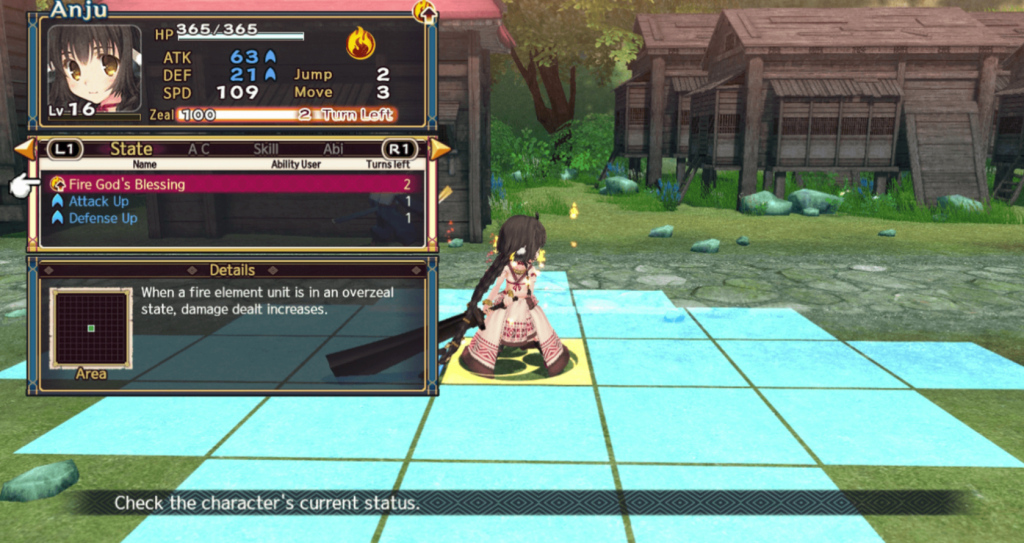 The gameplay consists of grid-based movement that mirrors titles like Fire Emblem or Disgaea, with an objective to be completed. Usually, this is to defeat the enemy or to get to an area of the map. Attacks can be improved through points gained at the end of a battle; the gameplay is pretty vanilla and sticks to tried-and-tested RPG ingredients.

There are some neat features like the Zeal system for encouraging perfectly timed attacks and elemental weaknesses/strengths.  You need to press a button at the right time (essentially a quick-time event), but the complexity isn’t that of other more well-known titles like XCOM. Players used to gameplay with more layers may be left unfulfilled. This isn’t terribly difficult, and the game doesn’t attempt to be. Its strength is in its storytelling.

The plot moves at a treacle-like pace as characters move on and off the stage to air their woes to the protagonist. This is good in that we learn lots about each character, but this will test the patience of gamers more unfamiliar with the series. Anyone looking for an action romp won’t find their appetite sated with this title, but for players looking to get involved with an immersive story and an encyclopaedic amount of characters, this may scratch your itch.

It’s especially welcome to see some characters gain more depth and become more interesting than appearing for the sake of Japanese anime tropes. Characters that did not get a big amount of detail in Mask of Deception have now been able to flourish. The story, too, has had more time to develop into something that can be pretty compelling, even for people who are newer to this series. The soundtrack also deserves a mention for its role in making everything that much more epic in scale. There’s an exhaustive glossary of characters and story events that you can access at any time, which I found helpful. Trying to keep track of everyone you’ve spoken to without forgetting some names or characters is incredibly difficult, so I found myself reading over some entries as a reminder before continuing. The game just requires an investment of time into the setting before the game’s engines rev up enough to get going. 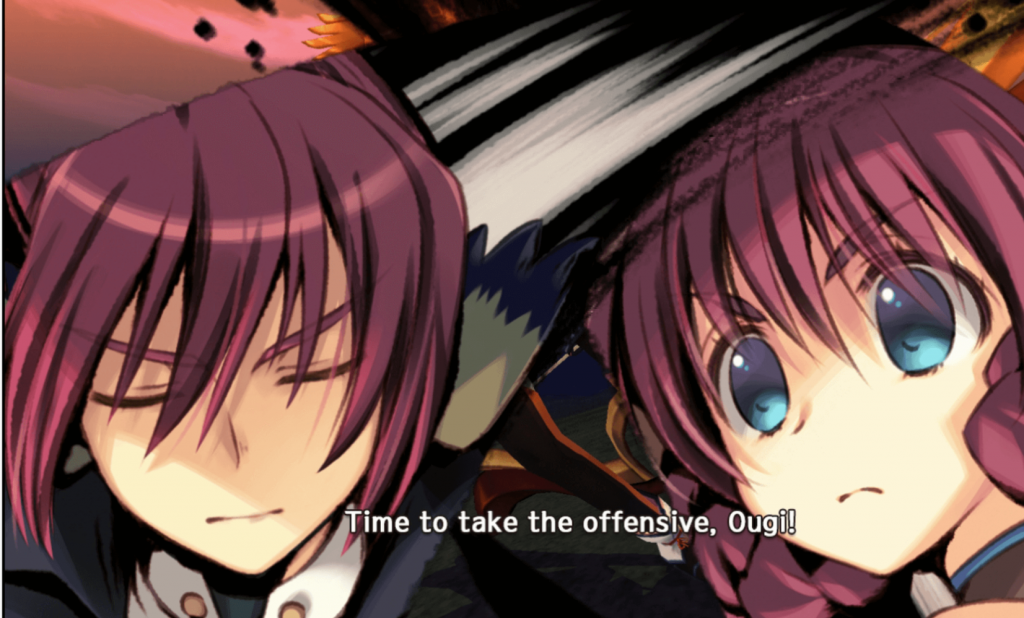 Unfortunately, for some players, this investment will be too off-putting. Some of the scenes in Mask of Truth seem too peripheral to justify how long they are in the game, and it will seem like an age before the game returns to its main plot. Much could be cut to make this a more concise offering. For example, at the very start of the game, one of the first scenes involved one of the characters being bathed with her companions, in a way that could easily be described as softcore erotica. It was a little entertaining (even if it also left me feeling a little sullied), but felt out of place in the game’s intro. As a result, the writing feels unnecessary and a little bloated in places, and for a game where the writing is the key selling point, this can be fatal.

With this in mind, I can recommend Utawarerumono: Mask of Truth, but only to certain people. It will prove a challenging title for players new to visual novels, who will need an understanding that reading is the main focus over anything else, but that effort is rewarded with an immersive storyline, interesting characters and a compelling soundtrack. The experience as a whole is also incredibly long, so the game more than makes up for the price you’ll buy it for. People looking for more of a gameplay focus should exercise caution, as should those who value shorter, more refined stories, but fans of Japanese games will take to this especially well.

Thanks to Koch Media who provided The Sprout with a media copy.