The survival horror genre has become increasingly popular in recent years with titles such as Dead Space, Amnesia: The Dark Descent and Alien: Isolation showing many unique variations. When playing Syndrome it’s easy to see where its inspirations came from, which can be irritating. I would have liked to see more originality with the plot.

In Syndrome you play as Galen; a man who has just woken up on a space ship where everyone is dead, except for two survivors who communicate with you, and all the monsters. You have to repair parts of the ship, avoiding the monsters and steadily unravel what happened to the crew. 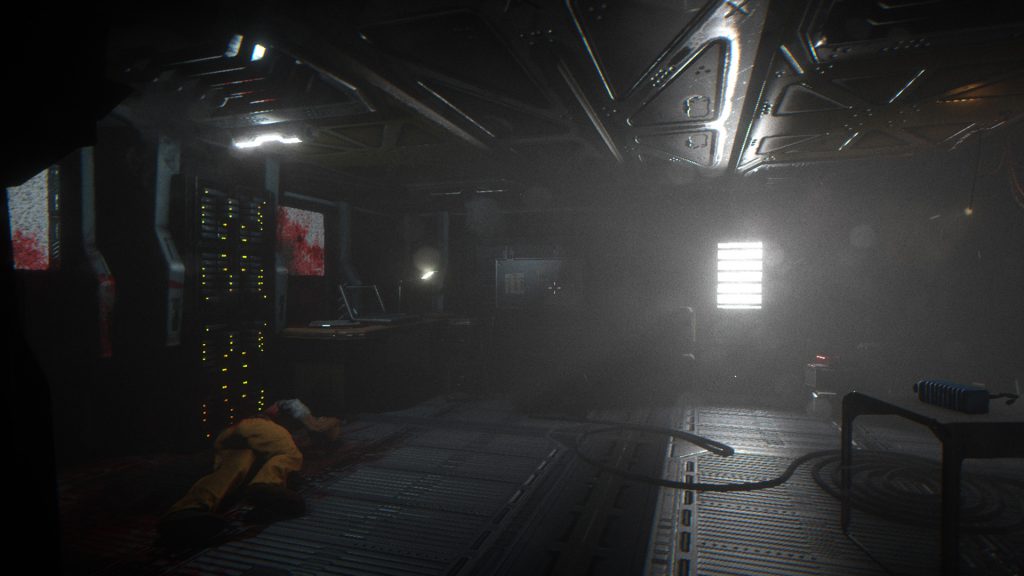 I’m sure they’re all totally fine…

The gameplay is very simple which works well. You can run through the ship and crawl through small spaces to reach new areas, interacting with objects as you go. When you encounter threats you can choose to fight with a wrench, very reminiscent of Bioshock, or shoot them, though ammo is rare. Alternatively you can sneak around or run and hide, which is much easier. It’s great that you’re given a choice, most survival games make you completely helpless without any other option so it’s fun to see a change. 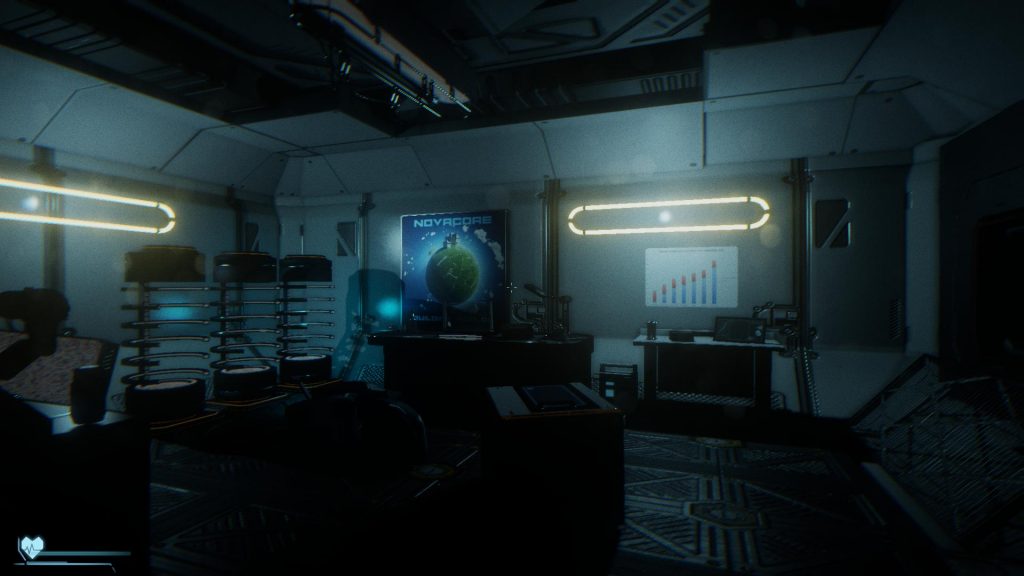 Unfortunately the game involves a lot of backtracking through previous areas to move on with the story. This gets tedious pretty quickly. Also the save points are hard to find. It took me a while to realise what they were and they blend into the environments so often I would usually walk straight past them before realising the mistake.

Survival horror games are all about immersion, feeling like you’re in the game and getting scared by what’s around you. Syndrome is brilliant in this sense; the visuals are stunning and the sounds surrounding you give you little hints at things that might be close by. Even the sound of Galen’s heavy breathing can make your own heart beat a bit faster and heavier, making the game more immersive. 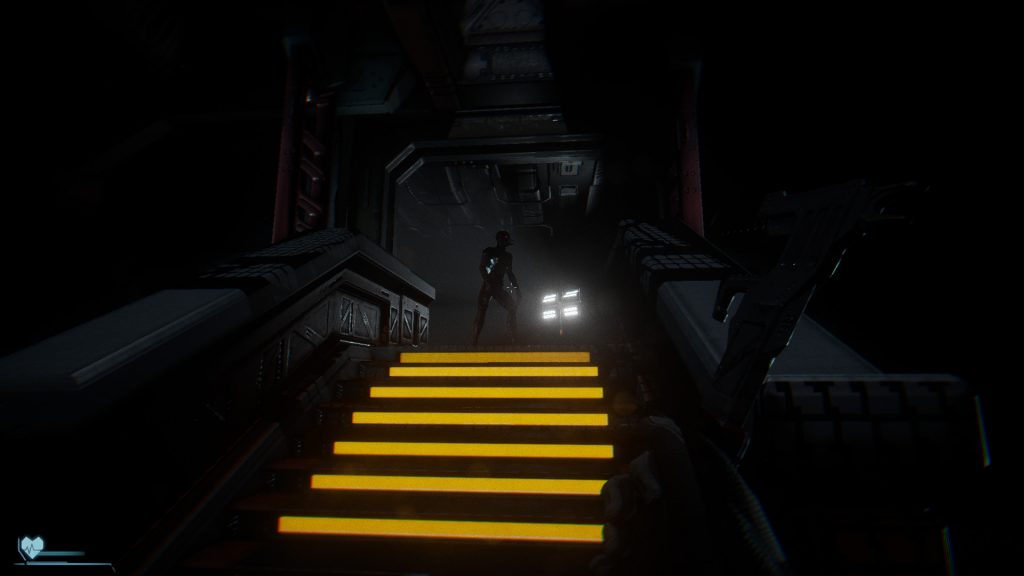 Syndrome’s only shortfall in terms of immersion is the lack of objects you can interact with. Despite the lights being on for most devices, it’s very clear that only the objects that are important can be used, such as certain computers, but everything else just sits there. Just saying, I’d love the opportunity to throw a coffee mug at an alien.

Overall Syndrome is average horror game. It has amazing environments and a great, creepy atmosphere which makes shocking visuals of dead bodies even scarier. However it is let down by the amount of backtracking needed and the story is overdone among games at this point.