Article by potterwec. Originally published on May 29th 2014 at 15:47, republished today for throwback Thursday…

“Never argue with stupid people. They will drag you down to their level and then beat you with experience.” – Mark Twain 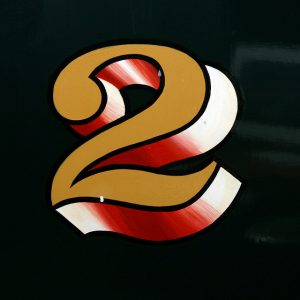 It’s impossible to argue with an idiot. We’ve all accepted defeat in an argument we’ve won.

You know the one, when you’re having an argument with someone and you know for certain that you are right. The other person is so adamant that you’re wrong that it is hardly worth arguing with them.

You’re better off saving some energy and sitting back smug in the knowledge that the truth will prevail. It won’t matter too much if you allow the odd stupid person to win an argument that they’re not going to change their mind about.

Where a problem starts to emerge is when the idiots are given a platform for their ill-judged babble.

The recent elections saw a rise in support for UKIP, whose ‘threat’ was boosted by media platforms across the country for so long that it became a self-fulfilling prophecy. UKIP were given fantastic media coverage prior to the elections and it should come as no surprise that it paid off for them. It is maybe hard to agree on whether they got support because they were given media coverage, or whether they got the coverage because they had already gained support. If it was the latter, then we cannot blame media outlets that strive for impartiality. They are simply trying to present a representative voice, and by denying a platform for opinions that have been gathering momentum, they would be holding certain biases and adopting a political agenda.

Balanced coverage is appropriate when covering a political election, but when covering a scientific matter, opposing views may be neither fair nor truthful. In his new HBO comedy show Last Week Tonight, John Oliver cleverly illustrates the unbalanced media representation on climate change:

Despite 97% of peer-reviewed scientific papers taking a position that global warming is partly human-caused, a TV debate will always have one person saying climate change is real and another saying it isn’t. As John Oliver points out, a representative portrayal of the ‘argument’ in question would be for 97 people to be debating that climate change is a real, human-made thing and just 3 people on the other side, claiming that it is not. This is not a political debate, where policies have no definite answer. Media outlets continue to provide a voice to climate change deniers, when they are scientifically in the wrong. It is a ludicrous way to carry on, that the media are so conscious of providing ‘both sides of the argument’ that they allow those that alter real facts, backed up by thousands of leading scientists to have a go at persuading their audiences otherwise for all kind of ulterior motives.

Power in media institutions is unfortunately a slave to wherever the money lies. Some of the biggest and wealthiest corporations in the world have an interest in denying the problems of climate change so that the money they make from energy continues to draw great returns without renewable energy sources being given any priority. Some of these companies have been accused of corruption by offering money to people in the media to dispute climate change. In fact, in 2007 The Guardian revealed that scientists and economists were offered $10,000 each by petrochemical giant Exxon Mobil to publish articles undermining the IPCC’s 4th assessment report. Cases of bribery come to light every so often, but it is scary to think how many bribes have been taken and how differently the facts may have been presented to us because of the power and interests of big corporations.

The unbalanced representation afforded to climate change in the mass media is becoming less of a problem in the UK. After the most recent IPCC report, even the likes of The Daily Mail and The Telegraph are beginning to admit that it is a very real, very immediate and very human-made problem. An issue the media now faces in its portrayal of climate change is the way they package the problem. Although it is an issue that could have consequences of frightening proportions, it does not help to constantly present global warming as a catastrophic inevitability. This pushes people into a state of denial and helplessness. Instead of motivating people to action, it creates a value-action gap, where people understand that something is majorly wrong, but do not have the courage or incentive to act accordingly.

Furthermore, certain images the media regurgitate every time climate change is mentioned have the detrimental effect of pigeonholing one’s perception of the issue into a bite-size snippet of some polar bear floating on a bit of ice thousands of miles away. With this geographically distant image in mind, one may lack the fear or incentive to do anything about it.

If media outlets really want to help change people’s behaviour towards climate change, they must provide stories that will directly affect their reader and images that are less end-of-the-world and more close to home. The media love a story, it works well for them in a nice little package with a beginning, middle and end and there are indeed two sides to every story.

There is only one side to the climate change non-story and we will be hoping there is no end!

To Commit Ourselves To Each Other | #ThrowbackThursday

Ramblings Of A Former Feminist | #ThrowbackThursday