To Commit Ourselves To Each Other | #ThrowbackThursday

Article by SproutEditor. Originally published on May 18th 2016 at 16:21, republished today for throwback Thursday…

One evening last summer, a young person (let’s call him R-J) called at our house, in search of my brother. It was obvious that he was drunk and very emotional. My brother was out at the time, but his mother and mine are the best of friends, so she welcomed him in anyway.

We sat him down on the sofa and began to talk. At first, we talked about trivial things, and then eventually about the things that were eating away at him. What followed was nearly an hour of R-J bearing his heart and soul to me and my mother about all of the bad things that had happened to him and his family over the last six months.

Amongst other things, they had been forced to move, his mother and her partner were going through a painful separation, and his brother had begun a drug habit. All these things and more had taken their toll on R-J. By the end of it all, he was in tears, crying his eyes out.

“His reaction was total indifference”

But, the thing that stuck with me the most about that evening was when my brother returned home, after my mum had taken R-J home. I told him what had happened and his reaction was total indifference. I had expected him to be at the very least concerned, but he did not seem to care that his friend had needed to bear his soul to him in his hour of need.

The next day I happened to bump into R-J on the bus ride into town. He honestly looked so much the better for having spoken his mind to someone. I was just happy that it had been us that he had confided in. Talking to my mother had proved just as good for him as counseling might have been. 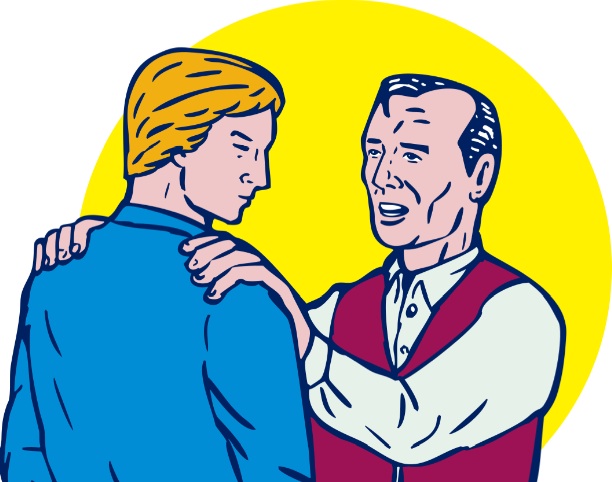 I suppose that it is always important to be careful what you say in such a situation. It is almost certain that when others handle the situation haphazardly that they can do irrevocable damage. Say, for example, someone asks a person suffering from severe depression why they don’t just “snap out of it” and they have no idea just how hurtful that can be to that person who may be suffering with such severe emotional pain that they cannot even bring themselves to get up in the morning.

Understand that when we talk about a person’s mental health we do not mean a person suffering with severe mental illness, moreover we mean a person’s emotional well-being; and how that well-being affects that person’s emotional state of mind, what they’re feeling and how those feelings can affect how he\she responds to the difficulties in everyday life as well as their relationships.

It is also important to understand that many people can go the whole lives without ever suffering major mental illnesses, for example, things like dementia and/or schizophrenia. But, just because a person doesn’t suffer from such severe symptoms also doesn’t mean that they won’t go through some personal difficulties that can have an adverse affect on their mental health.

Such difficulties can be far ranging and can affect many people from various ages. For example, exam stress can be a great burden to young people and teenagers, whether it be their GCSE’s or University papers. But, exam stress can also affect the parent as well as the child by how the parent does or doesn’t react to their child’s struggles. Either way, how the stress is responded to can drastically affect the relationship between parent and child.

The same thing can be said for divorce, which can have just as harsh an affect on the children as it can on the parents, although they may not realise this at the time. This is especially so since it is from the parents that the children learn how to react to their social situations, which can affect how they deal with their own relationships in adult life.

“The centrepiece of this year’s Mental Health Awareness Week”

Again and again, we are drawn back to the theme of relationships and how their role can sometimes be crucial in the promotion of good mental health, which is the centrepiece of this year’s Mental Health Awareness Week* (MHAW). The main theme of this year’s MHAW is for people to make “relationship resolutions”^; to go the extra mile in prioritising their relationships into being healthy ones just as you would advocate for a healthy lifestyle through non-smoking, exercise and healthy eating.

To commit ourselves to each other and to always make sure that we listen to what the other has to say about how they’re feeling when they are down can sometimes be the only way to maintain empathy with one another. My friend R-J had relied on my brother whom he believed to be his friend and he let him down.

Without maintaining those relationships that we sometimes take for granted, who knows maybe next time it won’t just be drink that R-J takes to. I hope not, I hope for something better. And you should to.

How Online Fraudsters Can Target You | #ThrowbackThursday