Against Ourselves, Not Each Other: The Labour Leadership Election 2016

Sub-Editor’s Note: The views are the young author’s and are not necessarily the same as TheSprout’s.

“The rivalry is with ourself. I try to be better than is possible.

I fight against myself, not against the other.”

I have often found this quote quite appropriate when it comes to dealing with the Labour party and its disgusting, arbitrary habit of shooting itself in the foot whenever stuck in opposition and fighting amongst themselves over silly little things like policy for decades at a time.

It comes from a tradition that whenever a Labour leader announces their candidacy for the leadership they say that they are doing it for themselves, not because they happen to disagree with one another; in truth it is a fallacy.

The Labour party has always drawn strong leadership from individual men and women from a broad political spectrum, from Social Democrats like Roy Jenkins; Liberals like Hugh Gaitskell; Socialists like Neil Kinnock and radical Left-wingers like Tony Benn.

But it was only in recent years with the emergence of the right-wing leaders like Tony Blair and Gordon Brown, both of them chaperoned by the likes of Peter Mandelson (the so-called Prince of Darkness), that the party has, in the words of fictional spin doctor Malcolm Tucker, “given up all morality and pursues popularity at all costs.”

It has forgotten that the Labour party, although always having been a party of the left, has always been united under an umbrella of social democracy; usually under a leader who does not polarise its members’ opinions. The historical evidence to back up this theory is there for all to see.

One need only look at the Labour governments under the tutorship of Clement Attlee, a leader who may have appeared to have been unimpressive at first (Churchill having once been quoted as saying that “he (Attlee) has much to be modest about.”) but who went on to lay the foundations for the greatest welfare system in the world. 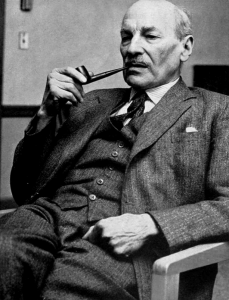 The same could be said for Labour leaders like Harold Wilson and James Callaghan, men of the centre in the party ranks who were able to attain the best cabinet from a wide selection of members to form the best Labour governments in living memory.

But the realities and pressures of the economic landscape had forced the party into compromise and towards the end of the 1970’s, this system of relative peaceful co-existence within the party had begun to fall apart.

It would remain in pieces on the floor throughout the 1980’s thanks to the likes of figures like Tony Benn who, whilst being a passionate defender on behalf of the left, was all too ready to denounce and expel the right as ‘traitors to the movement’. Extreme language from an extreme man.

It was only through the efforts of men like Michael Foot and Neil Kinnock, conciliatory and articulate men, who strove to hold the party together when it seemed like the whole Labour movement might have collapsed from the defections to the SDP or the attacks made by Thatcherite Realpolitik, that the party still exists today.

But today the Labour party is gripped, yet again, in another leadership election, an election that comes less than a year after the last and comes in the wake of the UK’s EU referendum on Brexit. In truth, I believe that this election might have come earlier or later regardless of the vote on Europe. Especially since a large majority of Labour MPs didn’t vote for Corbyn.

And, as usual, the party has chosen the worst possible time to start tearing into one another. Last year, it was in the aftermath of a blistering election defeat, with the party’s reputation in Scotland having been irrevocably damaged, probably for decades.

As if this wasn’t bad enough, nearly a third of its leadership lost their seats in the process. In the aftermath of this disaster, the leadership contest ran almost like a dissection in some autopsy, investigating the reasons why the party had lost the election. Some said that the reason was because the manifesto had been too much on the radical Left, others said because it wasn’t enough.

They have also done moderately well in the English Council and Welsh Assembly elections, as well as winning the London Mayoral election and have forced the Conservative government back on several key points. If that isn’t a good party of opposition, then I don’t know what is.

Yet it is now, when the Conservatives were in the midst of their own leadership struggles that the Labour party now decides to throw itself into another humiliating leadership race. One that, if the public vote is still as strong as last year, could very well result in this whole affair going down in history as the biggest single exercise in futility since King Cnut tried to hold back the tide.

In spite of all this, it doesn’t mean that I don’t believe passionately in Jeremy Corbyn and what he and his supporters are trying to do in reforming our political system. But as a wise man once said: the purpose of any political party is to win elections, not to be a party of protest; which is exactly what the Labour party has become under Corbyn’s leadership. 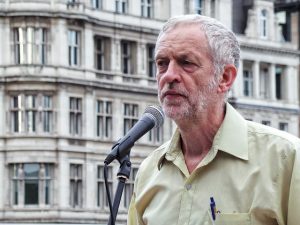 A man who has spent most of his political life as an outsider on the backbenches, as a parliamentary rebel, as well as a man who cannot and, who it also appears, will not enforce his will as leader onto his own party when it has come to crucial votes and decisions, such as the Syrian vote in December 2015.

In other words, and I mean absolutely no disrespect to Mr. Corbyn when I say this, a man who has shown that he is unwilling to provide genuine real leadership and try to consolidate with the other factions within the party has no place in being the leader of any politic party.

If they choose Mr. Corbyn, then the movement, it is sad to admit, will be doomed to the political wilderness for the next decade, no ifs or buts about it. If Corbyn’s popularity among the electorate of the party has not changed, then the result will be the same as it was 11 months ago.

And whether they like it or not, the majority of Labour MPs who don’t want Corbyn for their leader will have to face up to the fact that Corbyn will win the public and the union vote and these votes outnumber their 140-odd votes.

There can be only one result from such a course of events as this. The party will be split right down the middle, a result that Corbyn and his supporters may or may not be happy with. If the Labour party wishes to avoid such a split, then its supporters must make a choice.

Their next choice of leader must be a reasonable person. They must be relatively unknown but also have some considerable moral merit. A person of the centre, one who will not divide opinion amongst the rank and file of the party and bring them together during this trying time rather than splitting them apart. 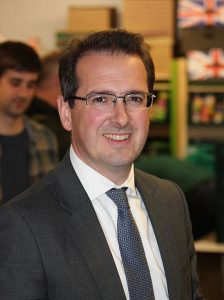 [Image by Wykehamistwikipedian via Wikimedia]

To that end, I would suggest that the party members vote for Owen Smith to become the next leader, for he is the only candidate who I believe can in any way fulfil every one of those criteria. On the other hand, you should not be mistaken in thinking that my rejection of Angela Eagle has anything to do with her being a woman.

My rejection of Angela Eagle comes from a very simple belief that, in politics, the one who stabs Caesar should not be the one who ends up with the golden mantle. The Conservatives have long held this view and it has always worked well for them, but not so much in this party… all you need do is ask Dave Miliband what he thinks.

I do not hold with such political treachery. Angela Eagle, let us not forget, only owes her high-standing in the party as Shadow First Secretary and her front-bench position due to Jeremy Corbyn. She may have justified her political betrayal with thoughts of the good of the party but that still does not excuse her lack of political morals.

All the same, the Labour supporters must make up their mind and quickly. Because as internet sensation Jonathan Pie has already frantically pointed out to us: “the Tories are coming!” And they are stronger than ever, united behind a new leader and Prime Minister.

The Labour party must consolidate and rally itself behind a unifying leader now. If not, then they will selfishly and foolishly condemn this country to one-party rule again for the next decade. If the British people are to be better off, then they must have a viable opposition party to vote for.

There is one final quote that I find appropriate to mention here. It comes from Karl Marx, writing about the the French coup of 1851 in which Louis-Napoleon Bonaparte assumed dictatorial powers to become Emperor of the French.

The quote goes like this: “History repeats itself… First as tragedy, then as farce.” We have already gone through the tragedy of the 1980’s, let us pray that the Labour party will not put us through the farce of the 2010’s.

Sub-Editor’s note: This article was written before Angela Eagle dropped out of the Leadership election.

Not sure about voting? Head over to the info pages here:

If you want to vote in this election, you can find more info here. Deadline is 5pm Wed 20th July 2016.

If you are interested in politics, read our EU referendum series here.

Fancy having your say on the election?  Discuss your thoughts in the comments below! It takes two seconds – you can use your Facebook or Twitter login details!

Why Netflix’s ‘The Witcher’ Lost me at Episode 5

Free and Cheap Things to do in Cardiff: 25-31 October