During a visit to Amsterdam back in 2008, there was something surprising at their airport. Amazingly there was an exhibition of Van Gogh’s Sunflower oils being displayed in the airport. It felt like an odd place to have these highly important works of art, but must have been a great way to pass the time, whilst waiting for your delayed flight. I never got to see them there and have regretted it ever since. I asked myself “Where is there a place we could see his work anew?”

In comes Loving Vincent, a film that has taken seven years to complete and features over a hundred artists incredible work, to create this first film made entirely of paintings. This is a one-off type of film and is thrilling just to even think about. Would it live up to the hype? Would it do justice to this great Dutch icon? The answer is mostly yes. 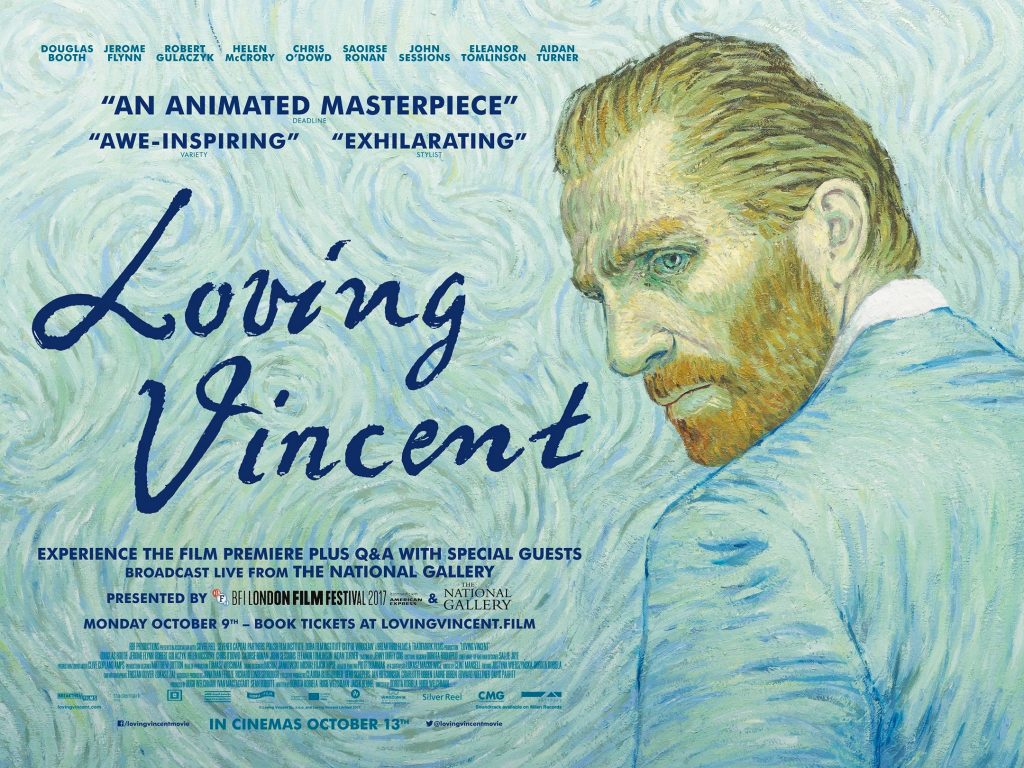 The artistry here is unbounded, the whole films crackling with the beauty of movement. All the hallmarks of Van Goth’s work feature: the bold brushstrokes, the vivid colour schemes of yellows/blues/oranges and the crisp, impressionist clarity that was his hallmark. Through the mixture of oil and rotoscope, the film is comparable to that of Richard Linklater’s Waking Life and A Scanner Darkly, but is just as trippy, if not more so. It’s hard to believe what we are seeing on the screen at times, such is this eye-bulging endeavour. Even some of his greatest, most recognised work are thrown into the film, without much clunk. A staggering 130 original paintings are included in this beautiful ode.

Unlike the vastly dynamic nature of the visual side of the film, the story is lacking. Part detective story, part travel film, it’s set a year after Van Goth has died and the arrival of Armand Roulin (played by Douglas Booth) sets the gears in motion. Having sat for a painting previously, Roulin has arrived in the south of France to return a letter to the artist’s brother. Attempts to find Theo are futile and it is discovered he could not bare his brother’s death and killed himself only a few months after. The journey might prove pointless if it wasn’t for the interesting array of locals he stumbles upon. 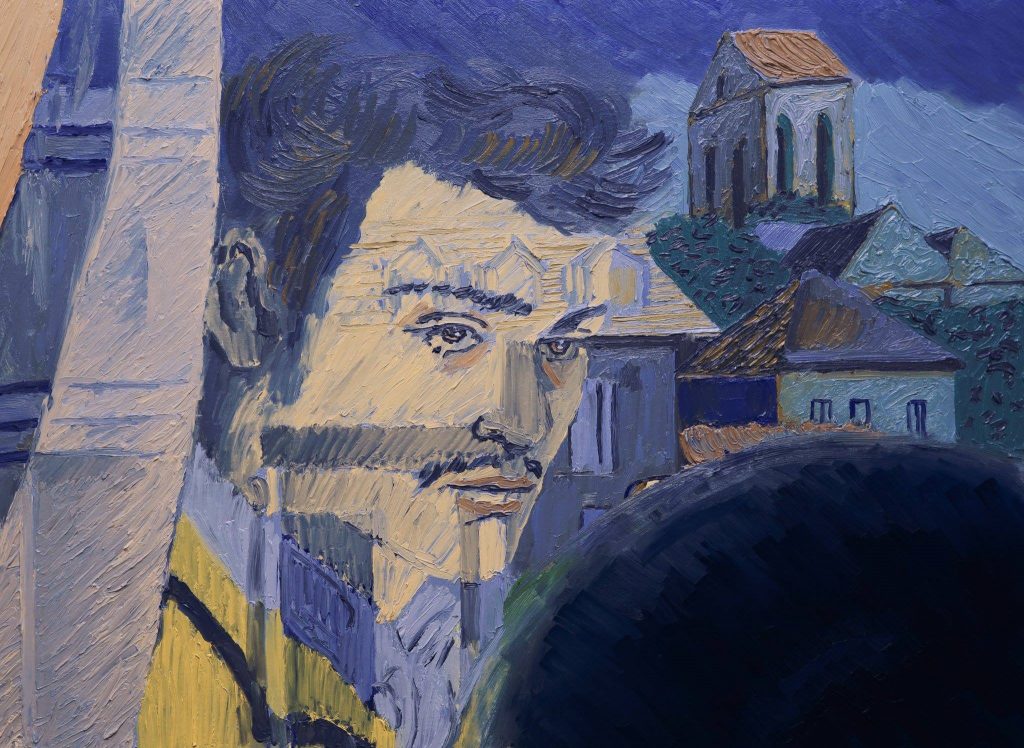 Everyone Roulin encounters appears to have known Vincent in one way or another. They all present varying perspectives on the artist and how he either helped or hindered, due to his personality or the function of his craft. Nothing is really made clear about him and his supposed suicide attempt is brought into scrutiny. Was he actually manic depressive? Could he have been murdered? Even the local doctor calls into question the bullet wound in Vincent’s torso, his language being a precursor to contemporary forensic investigations. What we do have is the film itself, which seeps with his work. There is so much oil on the screen, you almost expect some to drip down into the cinema. Everywhere Roulin looks he finds Vincent, yet is never closer to really knowing the truth. Even a bar brawl he finds himself in, is misinterpreted by the local police, such is the effect of misunderstanding that lingers in the film.

What is odd, it the choice of accents for the film. Cockney, Irish and other English accents predominate in a French set film about a Dutch artist. Is this to make it more accessible? These accents may get away with it in The Death of Stalin, but here it feels just out of place. Douglas Booth has a pretty face that hovers around on the screen and as an actor has great force. The supporting cast are also super in their performances underneath the rotoscope and it shows. It’s an exciting film to be a part of and it’s refreshing to not see Hollywood names crowbarred into a film’s marketing.

Whilst the film is not perfect, it does hold up as an incredible feat to watch. I was bordering on tears at the end and was so moved to applaud the film, something I never do.

If this is is not an Oscar winner, then there is something wrong in the world.

Loving Vincent is now playing at all good cinemas.