The EU Referendum is just around the corner and will decide the future fate for Britain on its European Union Membership, with team Brexit (British Exit) wanting to leave the EU and team Pro-EU wishing to stay. With 9 days to go, there are still a lot of questions to be answered, especially on what will happen to the Erasmus programme if we vote Brexit?

Full audio interview with subtitles below (click “cc” when video is playing for text on screen):

On 14th April, I interviewed an EVS (European Voluntary Service) volunteer from Germany called Lioba. EVS is one part of the Erasmus Programme. She is currently doing an 11-month programme working voluntarily in marketing and communications and, through her responsibilities, she has learned new skills in the work environment, whilst the work helps to improve her English.

As she tells me, “I am really appreciative of this project. I gain so many experiences here that will help me in my professional career and I can practice my English – this is really important for me as well”.

The Erasmus Programme was founded back in 1987. Its main purpose is to provide young adults with working opportunities, such as learning new languages, building skills and gaining the full benefits of being a European citizen/student. The programme funds small projects like teaching, engineering, business, sports and gardening – all over the European Union. Cardiff is just one of the cities in the UK to host the Erasmus programme and it looks after the students through monthly money allowances, work placements, language training and opportunities for networking. 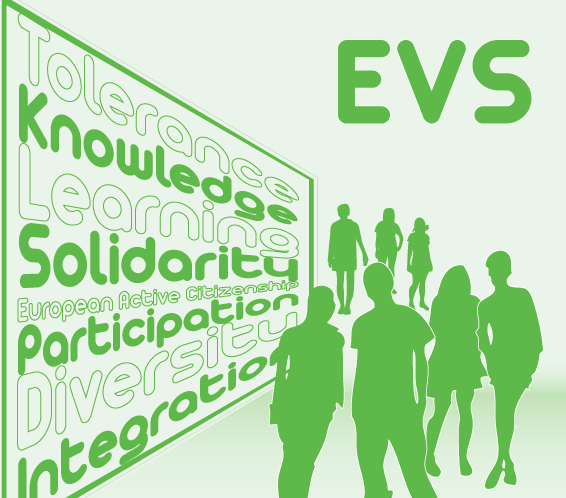 Lioba explains to me why Erasmus works, “I know a lot of people who want to go abroad but a lot of programmes are just really expensive. Erasmus makes it possible for you without paying a lot of money or not at all. It is a life-changing experience because you get a totally different view on different things. After I finished school, I wanted to take a break to find out what I want to do. It helped me to be away from home to get a different perspective on my life, my relationship with my family and my friends and what I want to do in my life. I think you get better job opportunities in future because a lot of people value this experience of living abroad, plus you lived independently, experienced other cultures and got languages skills in another language”.

Lioba talks about the EU Referendum

However, with the EU Referendum just 9 days away (23rd June), it could decide the future fate of the Erasmus Programme in Wales and across the UK. I asked Lioba her reaction towards the possibility of Britain deciding to leave the EU: “I think it will be a shame and really sad for all the young people who can’t take part in these opportunities anymore. The politicians say they spend a lot of money on the EU and they could use the money better. But, to be honest, I think they wouldn’t use the money to support young people”.

She goes on to say, “The young people would miss out so many good opportunities. There are some people I met during my work who think about the EU Referendum and they say, “It doesn’t matter if we leave the EU because they don’t do a lot for us”. The problem is a lot of people aren’t aware what the EU is doing. I just realised that now because I work in a youth organisation and we have different projects and most of them are funded by Erasmus”.

The domino effect: will other nations also wish to leave the EU if Brexit occurs?

Lioba is just one of many young people who believe Britain should stay in the EU, but it is up to the British voters to decide on which way to vote for this referendum. Outside Britain, there are other parties in Europe like Alliance for Progress and Renewal in Germany, the Party for Freedom in the Netherlands, the Danish People’s Party Denmark and the Front National in France who all wish to hold a similar EU referendum to leave the European Union.

Lioba says, “I’m actually afraid of the UK leaving the EU because of the impacts on the whole of the EU!”

The question is: will this referendum encourage other nations in the European Union to do the same? Since all eyes are looking towards the UK until 23rd June.

#YourShout: Part of the ‘future generation’? Let leaders know what you want!

What’s Going On With Brexit?