Have you ever fancied yourself as a tomb raider but not had the chance outside of video games? Then The Tomb at Escape Rooms Cardiff is the one for you!

Need a quick lowdown on what an escape room is? Check out Escape rooms Cardiff’s helpful video below.

I was really excited when I was looking through the different themed rooms that Escape Rooms Cardiff offers and when I saw that they had an Egyptian tomb themed rooms? Well, I knew which one my group would be playing!

We were not disappointed at all! Without giving too much away, I have to say that the theme was amazing! Whilst we weren’t given much of a back story, once we were in the room, we were completely immersed in the game and honestly felt like we were trapped in a real tomb. The production value was amazing with a completely stunning design that even went so far as to include sand and realistic looking stone slabs and hieroglyphics decorating the walls.

The atmosphere was perfect for getting lost in the game and really did allow us to escape real life for an hour. The puzzles were challenging but not so difficult that we were stood around getting bored and they offered a wide range of different types of puzzles so everyone had a chance to shine.

The staff were very warm and welcoming and the waiting area was pretty cool, with graffiti style art, bright colours and plenty of puzzles and games to play whilst waiting along with some candy machines that were free to use. We continued our winning streak and broke out with around 9 minutes left! 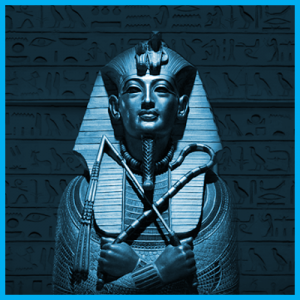 The Tomb was about about the average price for an escape room in Cardiff. Coming in at middling for the three rooms we tried and again the price varies depending on how many people are on your team. Considering how beautifully decorated the room was I think the pricing was worth it.

The theme of this room was so fun! I really did get lost in my own little world in there and forgot I was in Cardiff.

Hands down, the best production value of any room I have done to date. Every bit of care went into it and you can tell how much effort was made. Honestly such a beautiful room.

The staff were really lovely and welcoming. They were willing to answer any questions we had before entering the room without spoiling anything either.

Whilst we absolutely loved this room, we weren’t as hyped as we were after our first room, however, we will definitely be going back to try out the Finding Sherlock room soon and if a really good themed and decorated room is your style, then book your tickets online now! You won’t be disappointed!

All images were taken from Escape Rooms Cardiff’s Facebook page. A big thank you to the Escape Room Cardiff team for providing press passes.

The Escape Rooms of Cardiff: Intro

REVIEW: AN OFFICER AND A GENTLEMAN THE MUSICAL @WMC