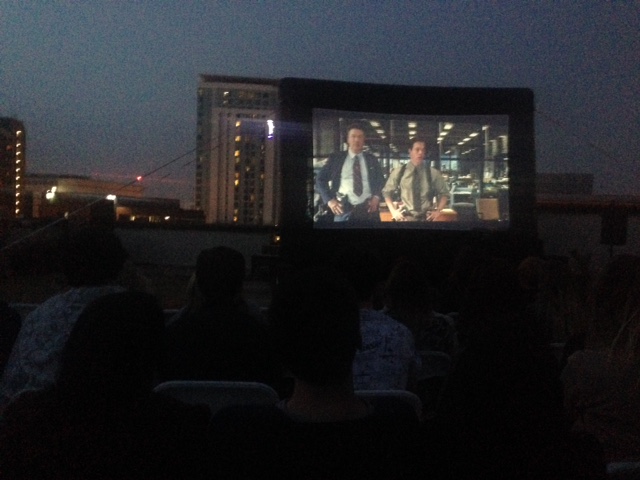 Summer has arrived in Cardiff! What could it be nicer than watching a film in a very special place, like a rooftop on a cool summer’s night?

Jacobs is known in Cardiff for being a quirky antique shop, but the building holds more secrets than its wares: its restored rooftop garden.

This big open space its at the heart of Cardiff City Centre and surrounded by clamouring train tracks, grand hotels and the distant towers of the Millennium Stadium. 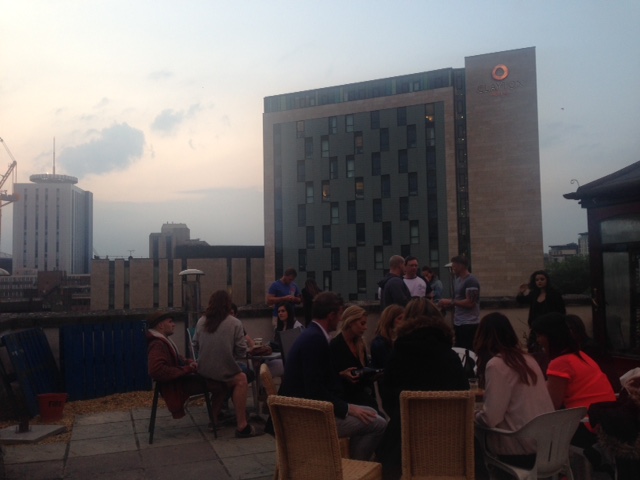 To gain access to this secret venue, you must climb the many stairs of Jacobs, admiring the marvellous vintage scenery along the way.

Once arriving at the top of the building, you could absorb the atmosphere of the occasion. Chilled summer music was playing in the background, transporting you to a cosmopolitan metropolis, while the sun was setting in blaze of outstanding red. 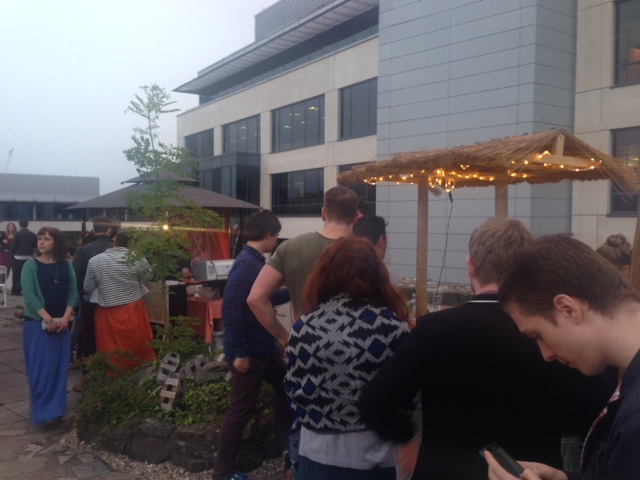 Cleverly named beverages at the cocktail bar such as the Raspberry Rat, caught everyone’s attention and began to introduce us to the cinematic world of Martin Scorsese, the director of the Oscar winning film: The Departed.

Charmingly set, on a big screen in the centre of the roof, the film details the story of Jack, a south Boston police officer (Leonardo DiCaprio) who acts as a rat who infiltrates Frank Costello’s (Jack Nicholson) gangland organisation. Matt Demon as cop Collin Sullivan interferes in the relationships with his role as a mole in the police force.

The film is full of intrigue, discoveries and action, that has you jumping out of your seat on frequent occasions, until the penny drops. In my opinion the film deservedly won 4 Academy Awards back in 2007, including the prize for Best Motion Picture.

Without any doubts, I highly recommend to anyone to experience this relaxed and summery way of watching films. Not only for the delightful setting, but also for the possibility of seeing similar film classics as never before.

Lost Lands’ Rooftop Cinema is a must do experience in Cardiff.

Thanks to Weeping Tudor for helping me with this review!

The next Rooftop Cinema screening is Purple Rain on Friday 24th June 2016.