Almost in anticipation, the erratic weather finally held a warm and sunny course throughout the weekend (even if Saturday‘s cloud cover raised a few pulses) and Cardiff duly responded with the skimpiest summer attire available.

Once inside Bute Park, festival-goers were greeted from the three-hour long queues by a circus-style big top centrepiece that housed the main stage, and was flanked by a couple of smaller stages. All this was enclosed by a ring of theme-park rides, bars and enough food venues to cater for every taste imaginable.

Being a fan of live music yet having never been to a festival before, it was difficult to draw any comparisons, but at least I can offer a fresh perspective.

The event organisers were very generous to offer theSprout a VIP ticket for this review (a massive thank you to Arthur Williams), so it would have been rude to not to explore the dedicated VIP area. Among the bars and food venues, the modified London Red Bull OJ car provided a relaxing atmosphere away from the big stages to enjoy a drink or conversation on the beanbags. 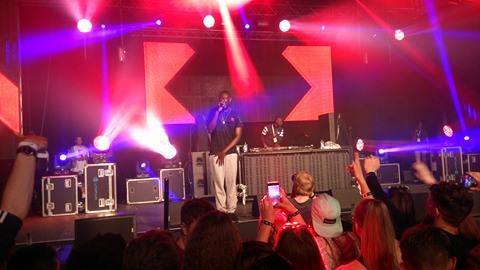 I understand that every event of this scale will have high running costs (equipment, wages, cleaning, use of land, appearance fees, etc), but I felt this was glaringly exposed in the pricing strategy. Coupled with a strict no re-entry policy, the impact on the local economy was minimal, and I was left plumbing deeper into my wallet than expected every time my stomach called.

X Festival‘s decision to create a cashless event may have appeared innovative and in line with current spending trends but, in truth, created frustration and disappointment for those who only wanted to spend less than £20 at a time, became slave to yet more queueing while topping up their wristbands, or would likely forget to retrieve their remaining credit when the event had finished.

Those two minor gripes aside, I found myself excitedly drawn to the smaller stages showcasing new and exciting (to me at least!) talent. My personal highlight was hip hop/grime group, Lunacy, who had just returned from a show in Amsterdam and made little attempt to disguise their enthusiasm for local culture!

I had intended to sample as many new acts as possible before Craig David’s headline appearance and found myself pleasantly surprised by the atmosphere, crowds and enthusiasm! Supporting acts, such as Redlight and Shy FX had no difficulty matching the energy of more established names and, until Stormzy made his eagerly-awaited appearance, held the crowds with an equally strong grip. 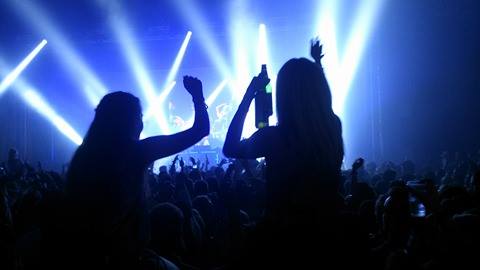 For many though, this weekend was all about a particular London grime artist.

Expectation was high and everyone was watching the clock until Stormzy‘s MC finally took to the decks.

The expectation was surpassed, the crowd jumping and, with a well-judged quip about Swansea, X Festival burst into life with one of the finest live performances Cardiff will offer this year.

The meteoric rise of our country’s grime scene was evident in the numbers who sprinted to the main stage after hearing Stormzy’s distinctive sound emanating from the main stage. I was also amazed by the number of people with no allegiance to grime music who found themselves drawn to the name, leading me to wonder whether it’s too early to consider our tall, bearded rapper “mainstream” yet.

Festival of Voice was also in Cardiff at the same time – all reviews here.