Creative use of headphones makes for a Virtual Reality -esque experience in this unique retelling of the classic book, Robinson Crusoe.

As in many of the contemporary shows you can catch at Cardiff’s many trendy arts spaces, the audience and the actors in Robinson are sat in such a way as to make best use of the space. The stage is minimal but tells you everything you need to know, looking much like the wreck from which Robinson emerges at the start of his long solitude upon a desert island, and at the same time evoking an empty flat stacked with boxes ready to be unpacked. The audience is divided either side of the stage but lighting is tasteful enough not to afford long sessions of staring at each other. I daren’t pick my nose, though.

There are two main characters, one a young person (Chapter’s site says her name is Bianca, but I had assumed no gender for this person, who seemed to just represent young people generally) and the other is Robinson Crusoe, the famous castaway and star of a novel that is now 300 years old. 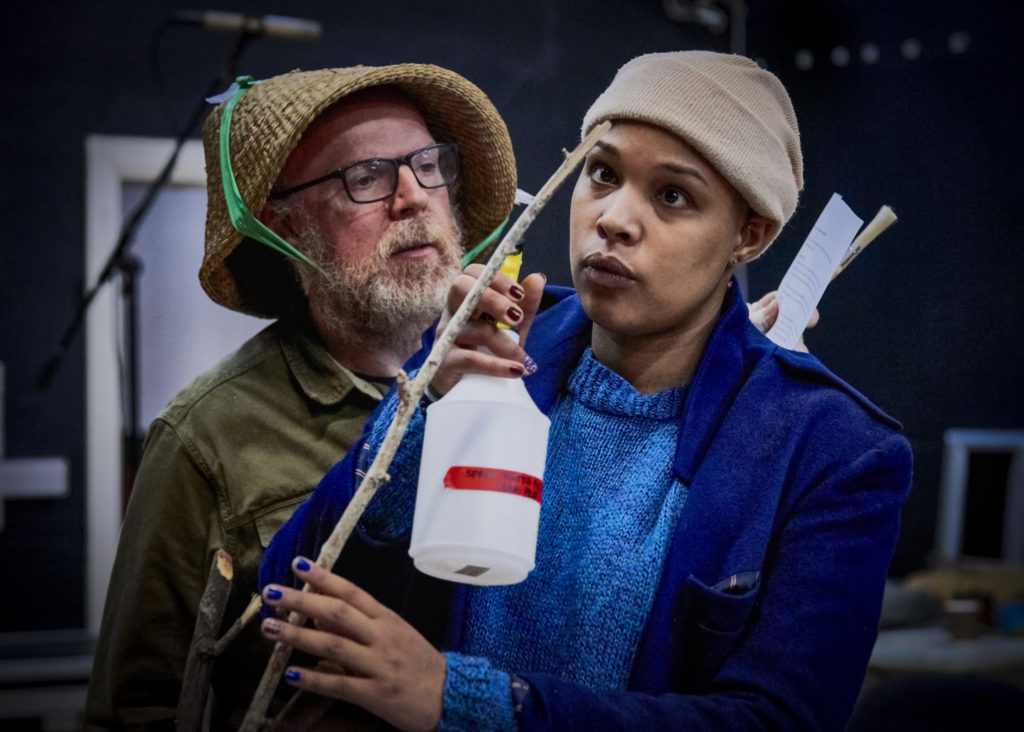 Bianca is moving into a flat, seemingly not far from home, and not doing terribly well at getting things set up. She’s ignoring her responsibilites by getting really, really immersed in the classic novel. The audience get really immersed too. The headphones stream audio into your head so that you hear what the characters hear. When Bianca’s worried-sounding Dad rings, she holds the phone to her right ear, and sure enough his stammering, barely disguised concern for his daughter comes through into your right ear.

However, if like me, you haven’t actually read Robinson Crusoe (I had assumed that it was similar to the Tom Cruise film Castaway and that was that) you may be as surpised as I was, and Bianca was, when she came to some of the more problematic and strange later sections. These mention the original reason that Crusoe ends up adrift from a badly chartered galleon, and the sort of activities he becomes interested in after so many years alone in a strange place with everyone he had ever known having assumed he was dead.

There are some other great little surprises that pop up during the performance as well, but I won’t spoil them for you! I would recommend watching the play yourself. The two main themes seem to be solitude and the sometimes odd content of our culture’s classic literary canon. If you have an interest in either, catch Robinson: The Other Island, which continues until 18 May.