Mary is an 18-year-old girl yearning for a family. When Mary tracks down Chris, the sperm donor who resulted in her conception, both Chris’s world, and that of his husband John, are thrown off-balance.

The central image of 2023, both onstage and in the promotional material, is that of Mary, the deaf and Polish-British lead character portrayed by deaf actress Stephanie Back. As the anchor of the show, Back’s performance simultaneously presents a kind, comforting character, and a damaged, at times unnervingly mysterious one. Topped with frizzy hair, and with her black top, pink cardigan, long blue coat and backpack almost constantly glued to her body, Mary is 70% layers and projects an image of a child, wary traveller, and awkward teenager rolled into one. The three-hander is made up of Back’s performance alongside Richard Elis’s energetic, if eventually repetitive, portrayal of Chris, and Tom Blumberg as John, whose performance, and seemingly the writing of the character, begins obtusely but moves from strength to strength by the end of the play. 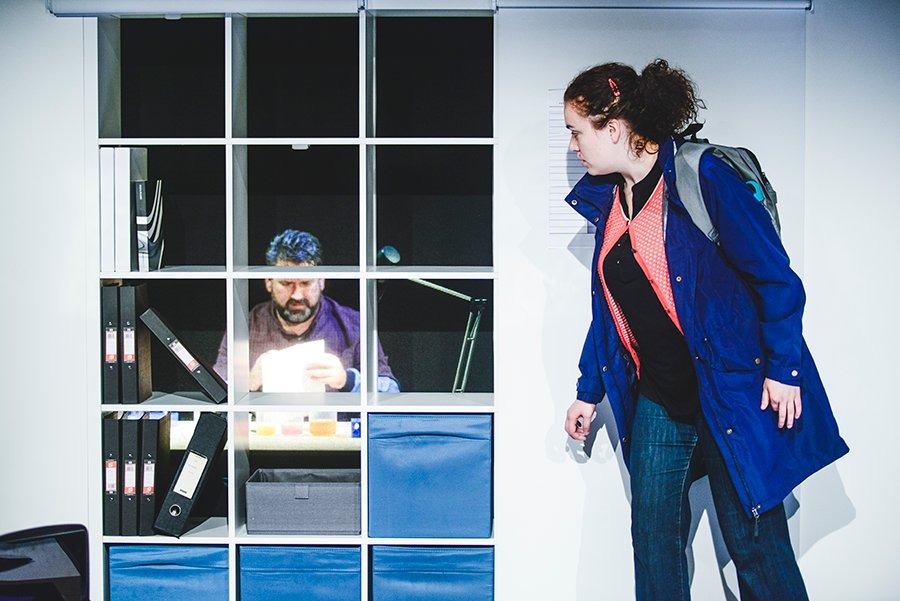 With every performance of 2023 being captioned for deaf and hard-of-hearing audience members, each exchange of dialogue is projected onto the top of the small wall which makes up the largest part of the set. With scene locations, music and SFX descriptions being projected as well, the overall effect becomes akin to Lisa Parry’s script itself acting as the figurehead of the set design. Indeed, with the actors standing out like figures in a pop-up book against the minimalist white set, and the back wall having blinds which peel up and down to change the location, the production feels like Parry’s script has unfurled across the stage, with the scene transitions evocative of flipping through the pages. 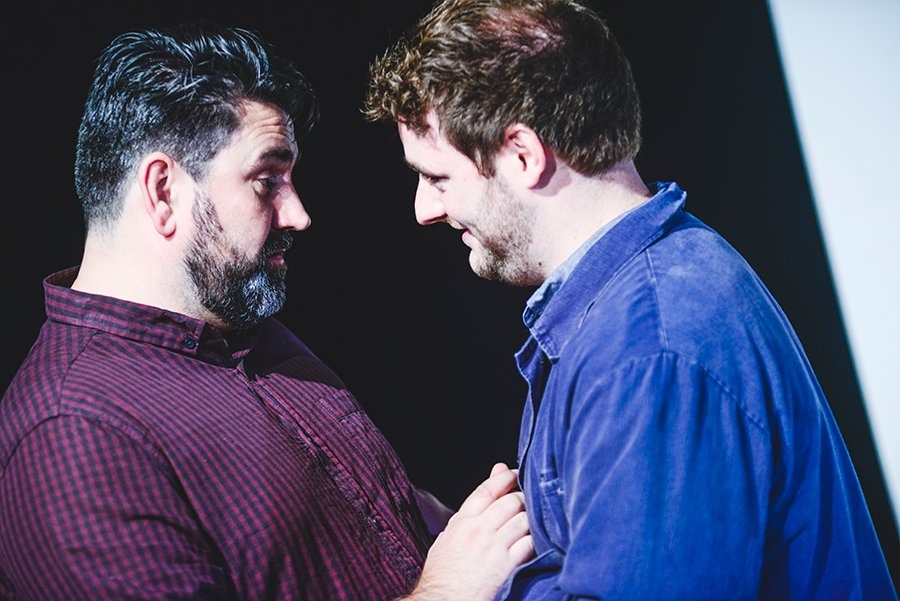 With the performances lacking any extraneous physicality to them, Zoë Waterman’s direction instead draws attention to the subtler aspects of the script, including its various methods of displaying and playing with Mary’s deafness and need to lip-read. While these aspects lend a stripped-back crispness to the piece and the sense of a lovingly organic connection to Parry’s text, they also result in the wider production suffering when the script occasionally falters into overused character traits and underdeveloped subtext. Such moments, combined with the increasingly repetitive blocking of the performances, occasionally dulls the emotional and thematic intent of certain scenes, although the core (if simplistic) appeal of the characters remains throughout.

Despite the promotion of the show reinforcing how gamete donation academics were involved in its development, the ethical dilemmas brought up in the piece do not go particularly large in their questions, or too complex in their representation, but are instead imbued into each character’s background and psyche. This more personal, small-scale aspect to the ethical discussions to some extent summarises the wider play. While the various components do not always result in a consistently engaging piece, the underlying warmth of 2023 does ultimately result in an endearing one. Throughout, it offers simple pleasures. At times, it is peppered with simple flaws. In fleeting moments, it is simply lovely.

2023 continues at Chapter until 13th October.

REVIEW: ‘Atypical’ as seen on NETFLIX.