Okay, I’m going to declare an interest. Pandas. I am massively into pandas.

Okay. I have, more or less, been addicted to Harry Potter for over 15 years. It got me through the worst bits of school and allowed me to investigate bits of my brain that I didn’t realise even existed.

So, having grudgingly accepted that the eight HP films were all that I’d have once Deathly Hallows was published in 2007 (*sentimental gulp*), it was always going to need a really good big screen follow-up to convince me that a) these books* could be adapted to films and b) I would enjoy it. And I was always going to biased in its favour.

I went to Vue and spent 120+ minutes totally enveloped in the kind of trance that used to drive me, time and time again, to read Goblet of Fire with a torch under the covers.

Here are some of the reasons that I was transported to somewhere I didn’t even think existed after I started paying income tax and NI:

1. J.K. Rowling is a superhuman and her brain should be preserved.

Where most people have quite linear approaches to plot, character and atmosphere in films, the journey I undertook was… a little meandering. I attribute this entirely to JKR’s expanded way of thinking. The whole film was a bit like being inside Newt’s case. 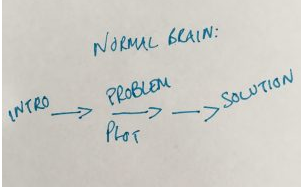 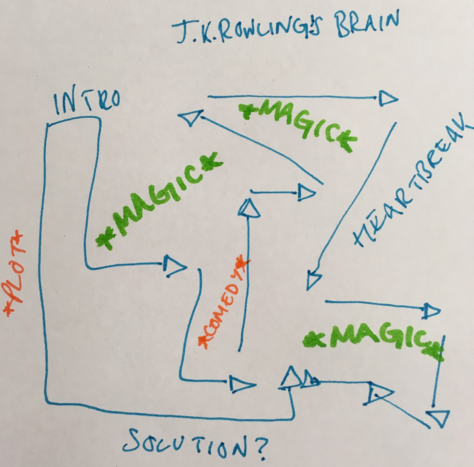 Costume is definitely king when it comes to film – it can tell more about a character than any slow-mo sepia flashback. I thought the colours they used for each character really accentuated the mood and I spent a long time lusting after a teal herringbone coat. (Please get in touch if you know where I can get one.)

Aside from this, it’s always a treat to see what a computer can do to fill in for imagination.

The creatures are, indisputably, stunning. The Demiguise  and Occamy were better than my little grey cells could comprehend. I could not do them justice in words, so you’ll have to find out for yourself.

Aside from one minor fact about graduating Hogwarts… the film actually helped to fill out an awful lot of the biography section of the textbook*. My own copy was much unloved, but it was nice to revisit after the film and check that the filmmakers have done a cracking job.

4. The acting (and casting) was highly satisfying.

They can actually act, and the script seemed like it was worth acting, which I guessed helped a little bit.

5. Everyone forgets that JKR is actually great at working comedy into her writing.

[I couldn’t find any gifs that TheSprout is actually allowed to use, so you’ll just have to go and watch the film and trust me on this one.]

P.S.: Going to try and source a Demiguise because #adorbs.

*FB&WTFT was actually a spin-off textbook published to raise money for Comic Relief. But yeah, it totally fed my already unhealthy knowledge of non-existent creatures.