Review: Club Tropicana musical brings the 80s to the WMC

With all things 80s being hot right now thanks to 30-year nostalgia cycles (expect the 90s to come back as we enter the 2020s), the team behind the recent UK tour of Hairspray have taken it upon themselves to Frankenstein a truckload of 80s pop hits into a musical and hopefully cash in on some Mamma Mia! money. 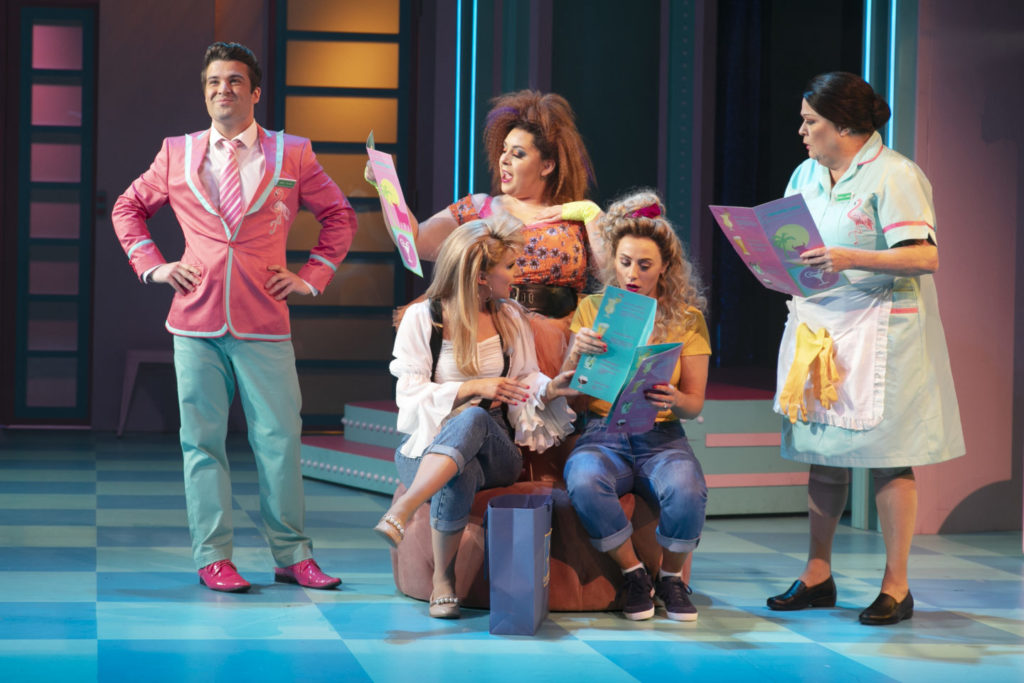 When a bride and groom get cold feet at the altar, they each jet off on holiday to escape away from it all. Both accidentally checking in to the same hotel (Shock! Horror! Gasp!), the eponymous Club Tropicana where only the first drink is free, what will become of our two almost-weds?

While the plot essentially devolves from here into who’s going to have sex with who, it doesn’t really matter as nobody’s here for the story as it is. More importantly, the cogs here are well-oiled and pampered with enough colour, confetti and neon to distract and keep up the breakneck pace of the production. Most of this success comes down to choreographer Nick Winston, who in co-directing the show keeps his sharp, popping choreography in musical numbers and physical comedy at the forefront of Club Tropicana, caught on its own postmodern sugar high as it bursts from 80s hit to 80s hit. 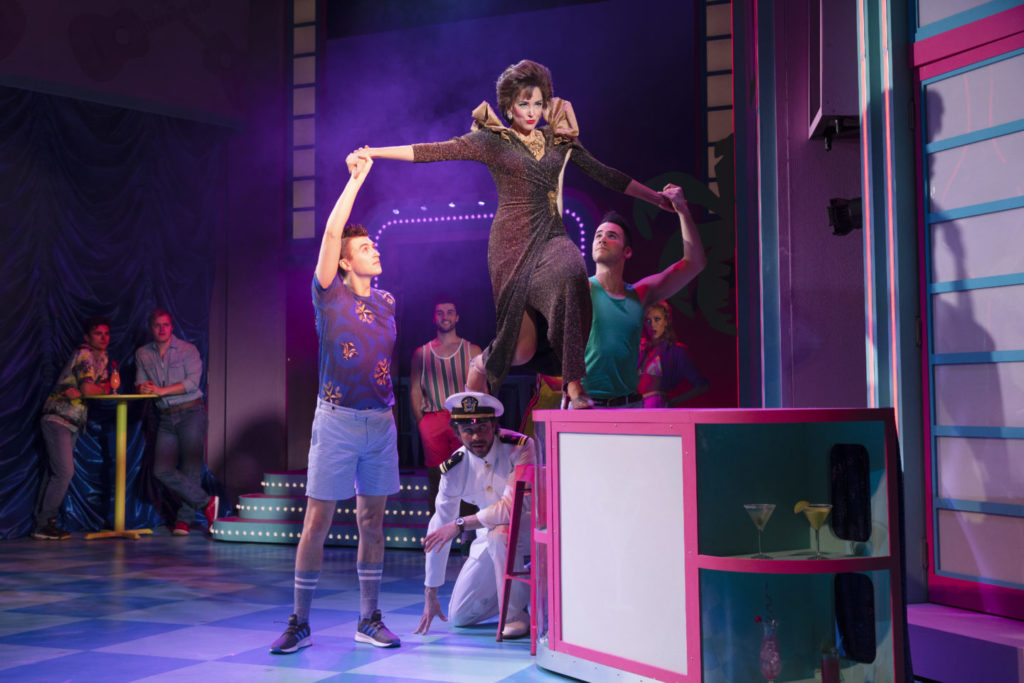 While all these bells and whistles keep things lively, including X Factor 2009 winner Joe McElderry zipping around the stage as the hotel’s fourth-wall breaking entertainment manager, the bedrock of the show remains pretty lacklustre. With Club Tropicana’s generic humour, flashy presentation and relentlessly strung together songs, it winds up a pre-packaged ready meal of a musical.

If you grab a friend, then Club Tropicana might get the job done as a breezy, cheesy night out. Overall, I’d recommend a cheaper night in of blasting 80s tunes on your headphones while dancing around your bedroom at 3am, which I now very much intend to do.