Local startup Revival has opened the first floatation tank business in Cardiff, and we were lucky enough to try it out.

Heading into the Tank I was in a bit of a rush, the speed of my rush to the venue helping to push out any looming thoughts in my mind about what I was getting myself into. I had strange ideas of the futuristic Enertron sleeping machine from the game Chrono Trigger, which famously “gets you a full night sleep in seconds, but still leaves you hungry.” Thankfully I ate beforehand.

I met Dan, the Revival man, at the Meanwhile House startup complex, near Cardiff Central Station. He showed me to the tank room, and it wasn’t scary like I had imagined. A patterned blanket hangs from the ceiling, and a blue light makes everything cosy. The tank itself is made of a similar material as the inflatable rib boats used by the RNLI. This is topped with an inflatable tent-shaped roof, which has a door that swings open. That’s the best way I can describe it! 380kg of salt is poured into ten inches of water at the bottom, making it almost completely saturated.

He explained the deal to me and left me to it. 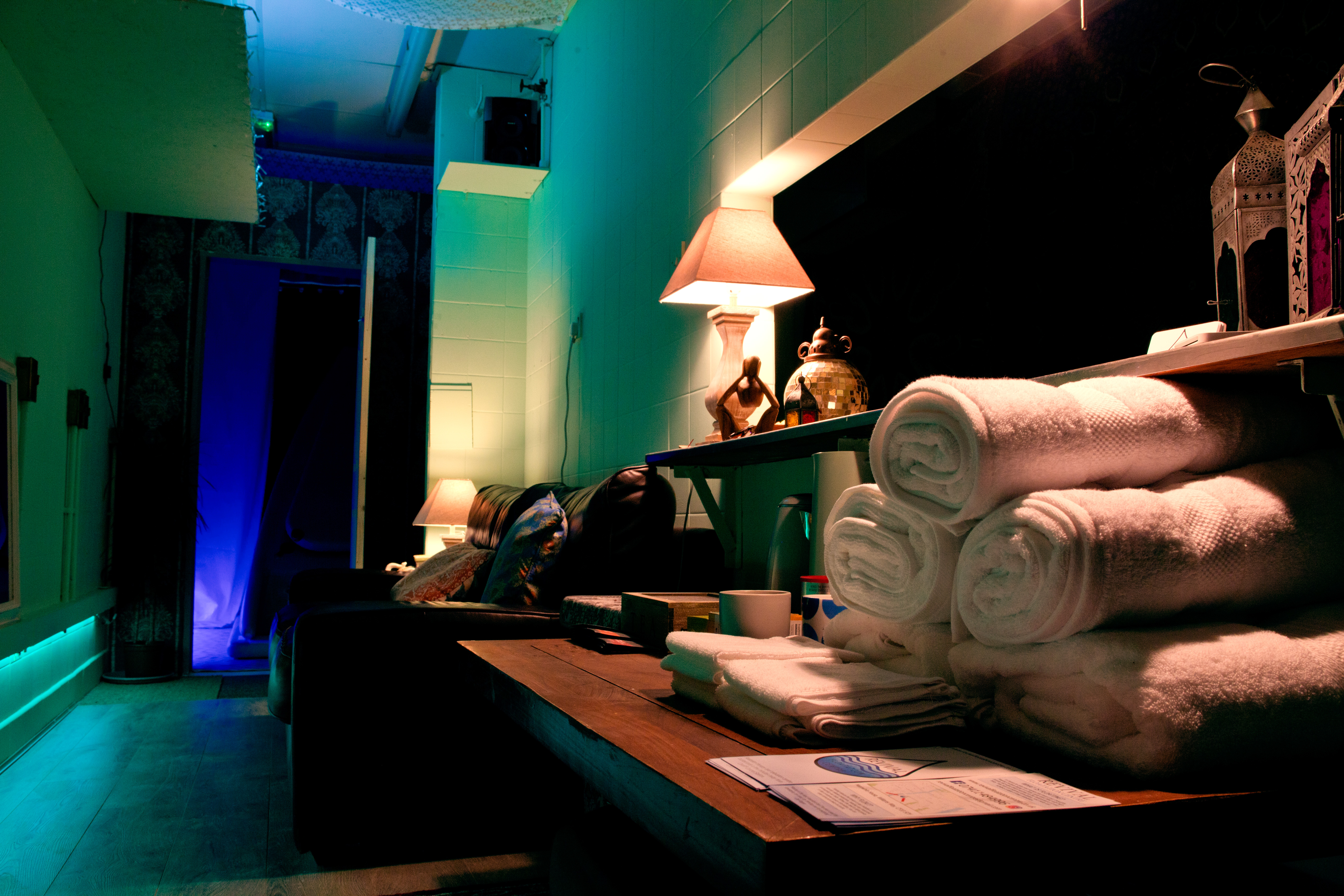 I locked the door from the inside. After a quick shower, I put in earplugs and put a foam halo behind my head, which was to support my neck. Then, swimsuit on, I opened the “vault door” and waded in. As I shut the door, it went dark and it was time to close my eyes and lie back.

As I was to discover, opening your eyes when inside the tank- even though your face is lifted out of the water- means exposing them to air which is somehow also salty. So I got a bit of a sting- and quickly closed my eyes again. Revival has a spray just outside the tank which you can use on your eyes, but I persevered- wanting to stay in for the full hour. The stinging went away quickly, but I was careful to keep my eyes shut- meaning I couldn’t completely relax.

The head-halo also took some getting used to. it was some time before I realised you could shift it to support different neck positions. I also enjoyed pushing my arms out above my head to relax a different set of shoulder muscles.

The hour went by slowly. So slowly. I’d love to say that all my troubles washed away, but that’s not exactly right. I did think a lot about how cruel people are to one another, how grim and rude our livable environment is, and how sad it is, really, that we have to spend money just to relax. I tried to push out thoughts, rather intrusive, about a certain person I’m trying to just not think about anymore, and all the people I feel have wronged me, whether they’re politicians or ex-pals. But I definitely did, in the end, come out feeling fairly fresh, like I’d just had a couple of strong coffees. The positive mood lasted for a good few hours afterwards.

I would describe the experience as akin to having a very warm swimming pool all to yourself- but a swimming pool which requires absolutely no effort to stay afloat in.

Find out more about Revival here.