It has been nearly a month since the United Kingdom voted to Leave the European Union, but that is no cue for the arguments between Leave and Remain supporters to subside.

Many Remain supporters have taken to the streets in protest against what they see as a catastrophic outcome to the referendum. Together, they have been united by an anger at what happened on 23rd June, and a belief that the result and subsequent consequences facing the UK are devastating. One such protest took place on Saturday 2nd July in London’s Parliament Square. I was lucky enough to witness this protest first-hand, and what follows is a collection of images taken by myself during that protest.

Through these images I hope to convey the anger felt by these supporters at this time.

I apologise for the explicit content in some of these photographs, but I feel that to censor these would in affect, be censoring peoples feelings. 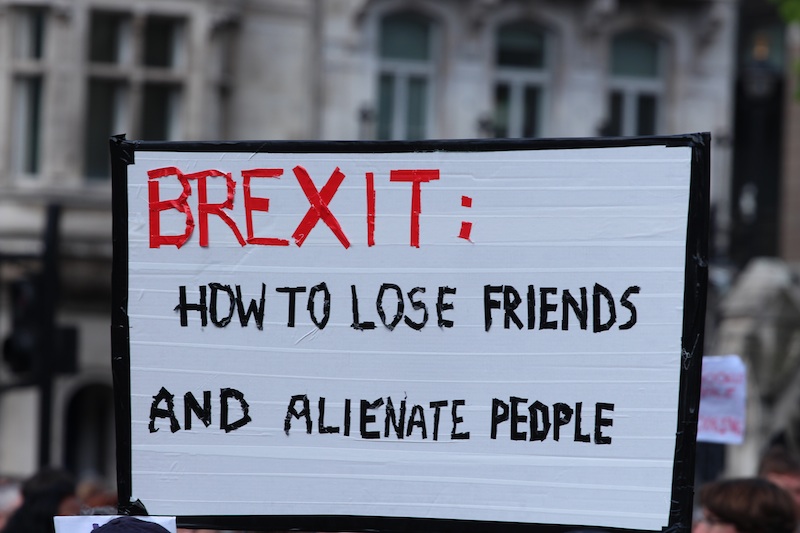 ALIENATION: Remain supporters showed their distaste of the referendum outcome by carrying signs with negative messages about Brexit. 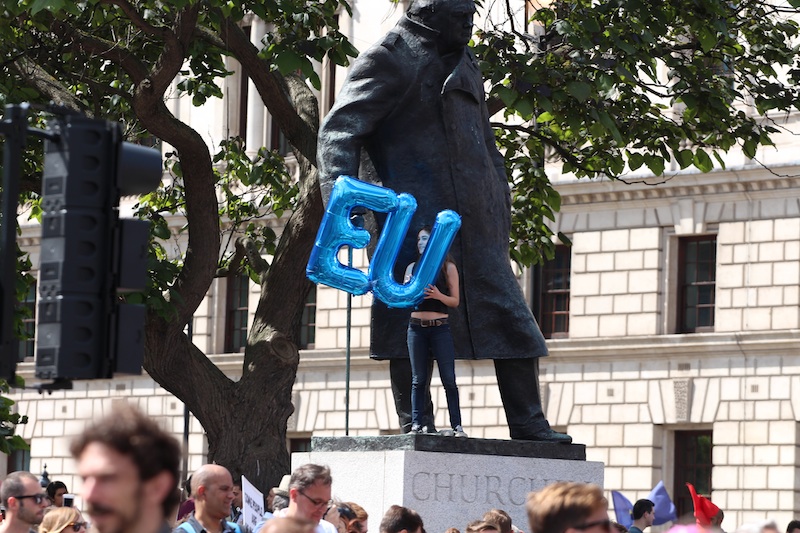 CHURCHILL: One protester attempted to stand out by holding an EU balloon on a statue of one of Britain’s greatest leaders, Winston Churchill. 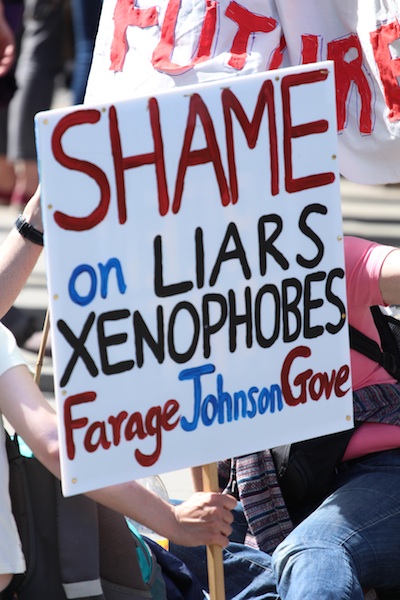 LIARS: One protestor felt that the result came about through lies and liars, and made this view very clear. 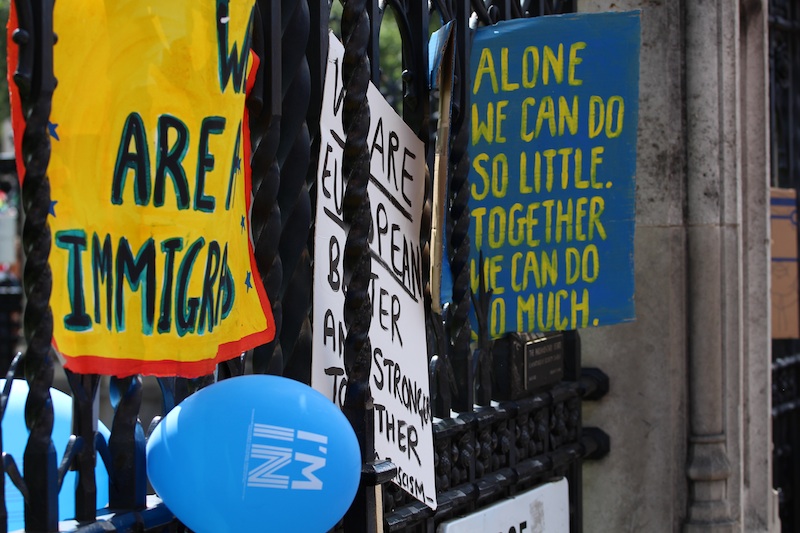 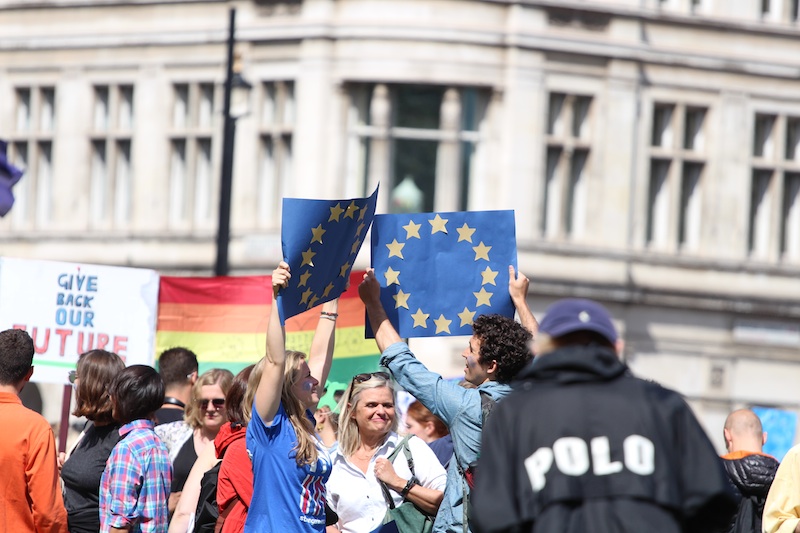 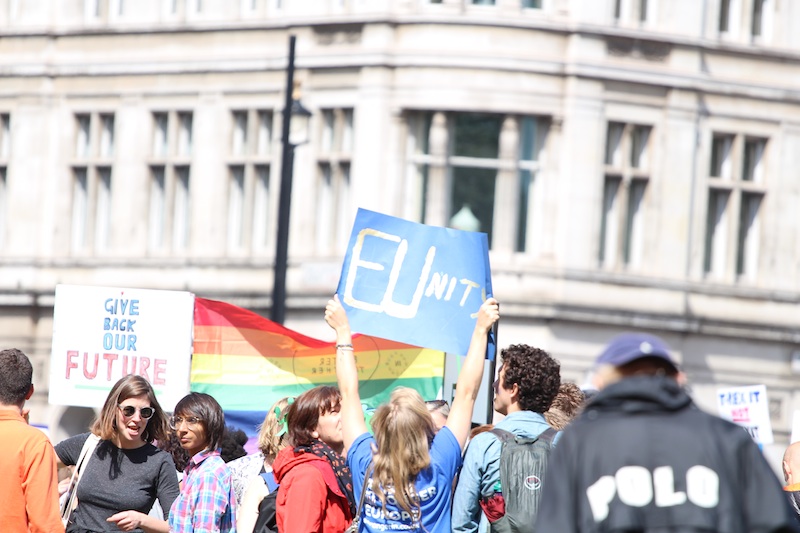 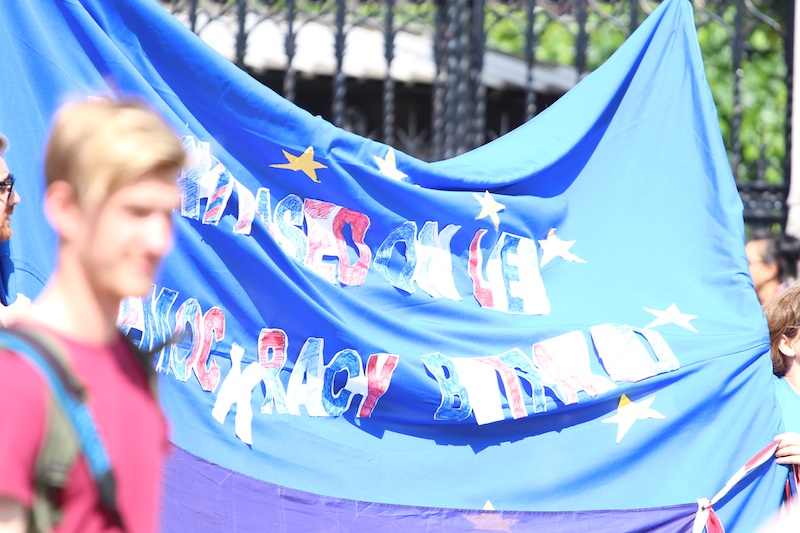 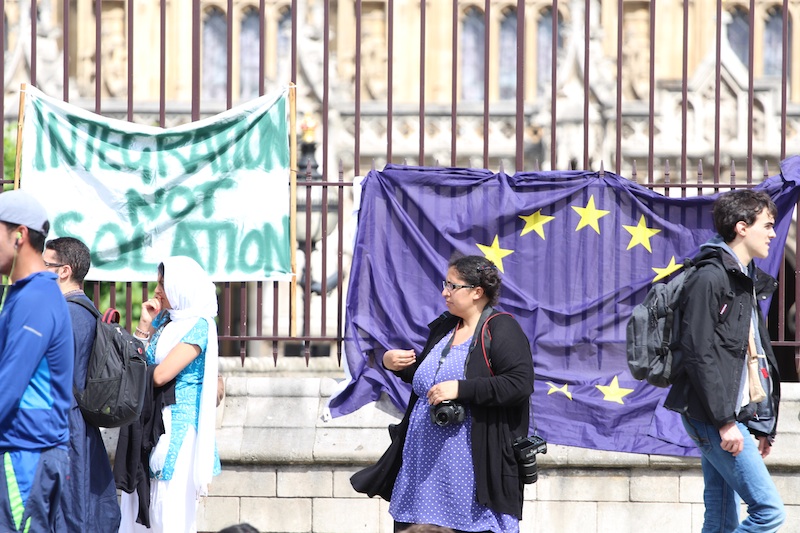 SIGNS: Protestors held up signs and banners as a way of expressing their views. 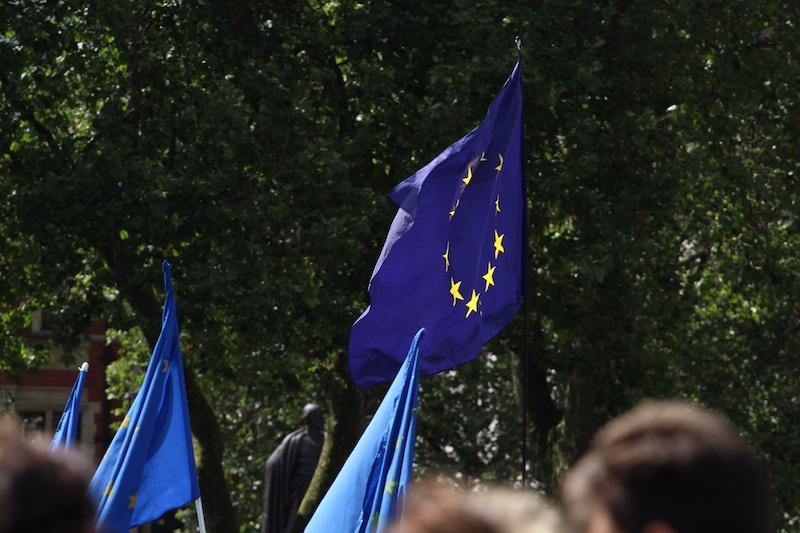 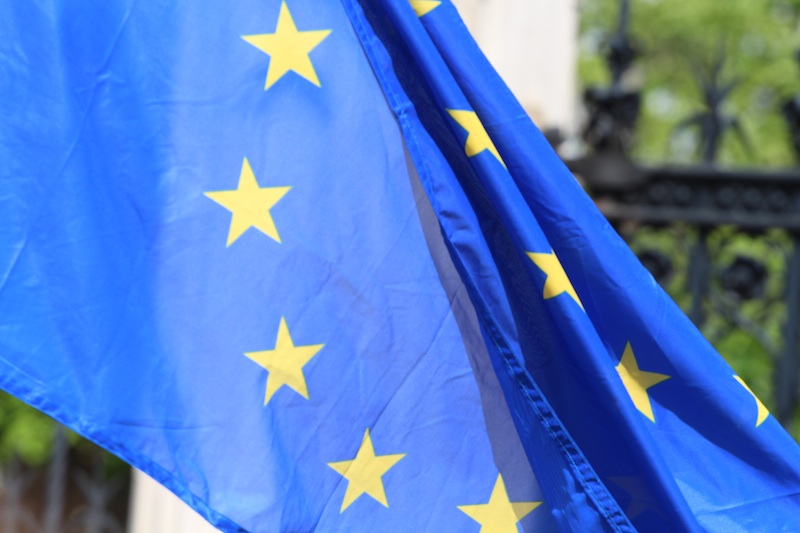 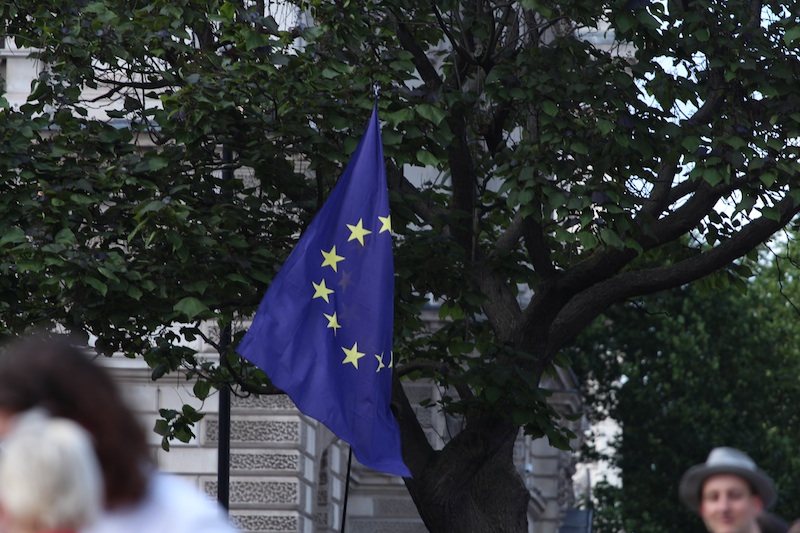 FLAGS: There was a clear sense of solidarity with the EU during the protest, with protestors waving EU flags to show their support. 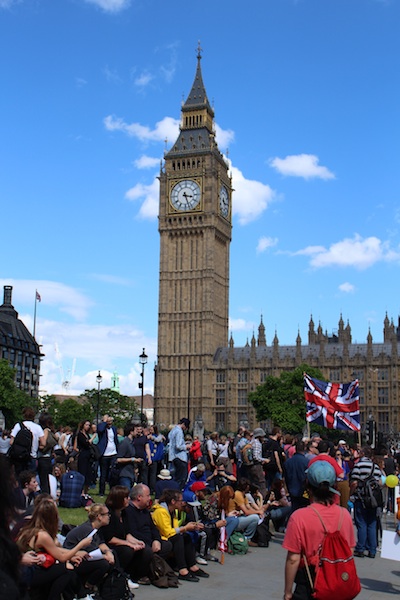 BIG BEN: The protest took place in London’s Parliament Square, which is located next to Big Ben. 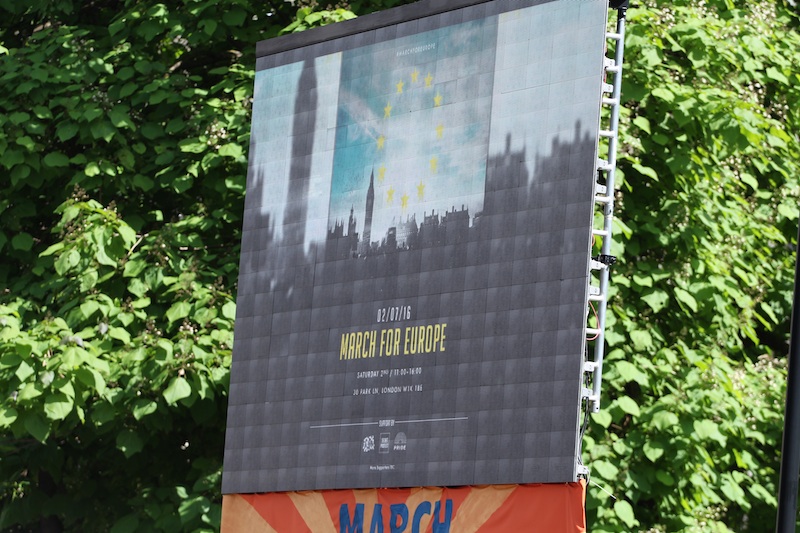 MARCH: The Protest was called the “March for Europe’ and took place on 2nd July.