Ceri Dawn Jackson is a BBC Wales journalist who recently published a hit podcast, Shreds: Murder in the Dock, which tells the full story for the first time of the murder of Lynette White in Tiger Bay and the ensuing miscarriage of justice.

Edward and Tom invited Ceri to come down to Radio Platfform at the Wales Millennium Centre to record an interview for the Sprout podcast, Strangetown, which you can play above.

Ed: How would you describe it for someone who hasn’t heard of it?

Ceri: The story is such that if you saw a Hollywood film about it, you’d never believe it could ever happen. The story is of the murder of a young girl, and how five men’s lives were ruined so unfairly. What happened subsequently was the UK’s biggest ever crime corruption trial. It happened at a time when where we’re sitting now was still the vestige of old Tiger Bay. There were big plans even back then to develop this whole area. I was born and raised in Cardiff and was the same age as the woman that was murdered, this for me is very much a story of my Cardiff, which has very much manifested in the younger generation’s Cardiff today.

What was really important for me is that the story really needed context. It happened in the 80s, but you need that long run-in to the history of the area to bring us up to date to now.

Listen to the Shreds podcast over on the BBC website, or on your favourite podcast player.

Ed: What do you do at the BBC?

Ceri: I work for Wales Investigates at the minute, investigative journalism, but my preferred area is long-form journalism. That’s another word for going into a lot of details. I do a lot of those stories you see on the BBC website, so much more the human side, the emotional side. I started off in newspapers on Fleet Street, spent 11 years in London before coming back to Cardiff. That’s always been my area- human interest.

Ed: And Shreds began with one of those articles, correct?

Ceri: That piece on the BBC website was about 8,000 words, but it was worth every one. I came to the end of it, but I still felt like there was more the story had to tell. I said to my boss at the time, I want to do more on this- should I write a book? But for a book, you need an audience, a market already. He said I don’t know about a book, but it would make a fantastic podcast. I asked for permission to do it, I got the green light but be careful what you wish for. I haven’t worked in radio for nearly twenty years, I really like storytelling, and love podcasts. I never thought I’d finish, but I did. 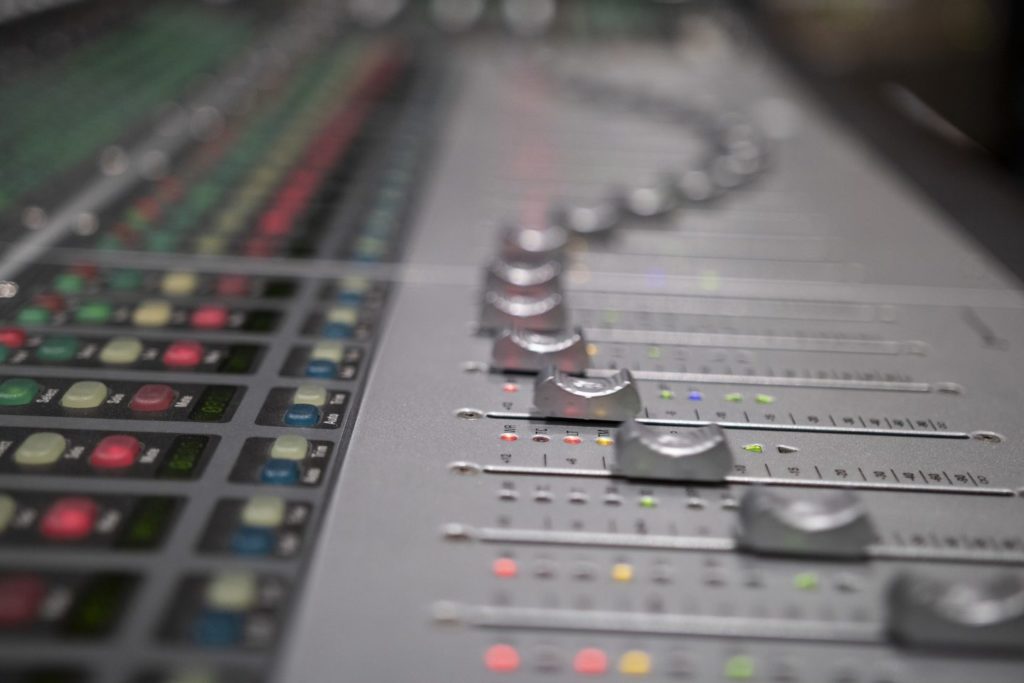 If you have an idea for a podcast or radio show, why not come down to Radio Platfform and try it out yourself?

Tom: I was going to ask where the title Shreds come from, but I realised it came from people’s lives being torn to shreds, the title track by Wibidi, and one more reason that is revealed in the final episode.

Ceri: It’s a deeply thought through concept, I’ve tried to create some layers and depth to it really so it all comes together. Everyone involved apart from myself came from the Butetown area, the story is very much about the area speaking out.

Ed: I guess with a true crime podcast it must be difficult managing the story. Telling all the different angles, holding tension, an intricate web?

Ceri: It’s easy to become overwhelmed. I like storytelling and cut my teeth many years ago writing big stories. It’s a discipline and a craft that you learn, no one is born a fantastic storyteller. I never became overwhelmed though, because I had some advice from a friend- an acclaimed photographer in his eighties- he said “keep it simple.” Sometimes to keep it simple requires the most skill.

Tom: I understand. Sometimes I want to write more on a topic for the Sprout and Andrew says, nope, cut it down!

Ceri: If you’re writing stuff for social media or a news story for example, this is the other end of the spectrum. You take that news story and deep dive into it, tell the story with detail, but the detail has to work. There’s a tendency to show off everything you know about the story, but the detail has to contribute, everything has got to tie in.

Tom: Do you expect people to feel bad when listening to the series?

Ceri: There’s something about communication, storytelling, which is part of human cognition. It’s wired into our DNA. You can enjoy the narrative, we say true crime, but it’s about more than that- the effect certain actions have on younger generations. I always ask the question as well: that was happening thirty years ago when I was out in the clubs in Cardiff. What’s happening now that in thirty years’ time, you guys might be doing a podcast about? Human nature doesn’t deviate that much.

Tom: As a BBC journalist, are you able to voice an opinion on the police force?

Ceri: The police have a tough job, and their budgets are getting cut all the time. That said, it’s not my job to have an opinion on the police force. What my job is as a journalist, is to tell the story within the facts and to present as factual an account as I can. It’s sensitive: as a BBC journalist, you can’t use your position to try and influence change. 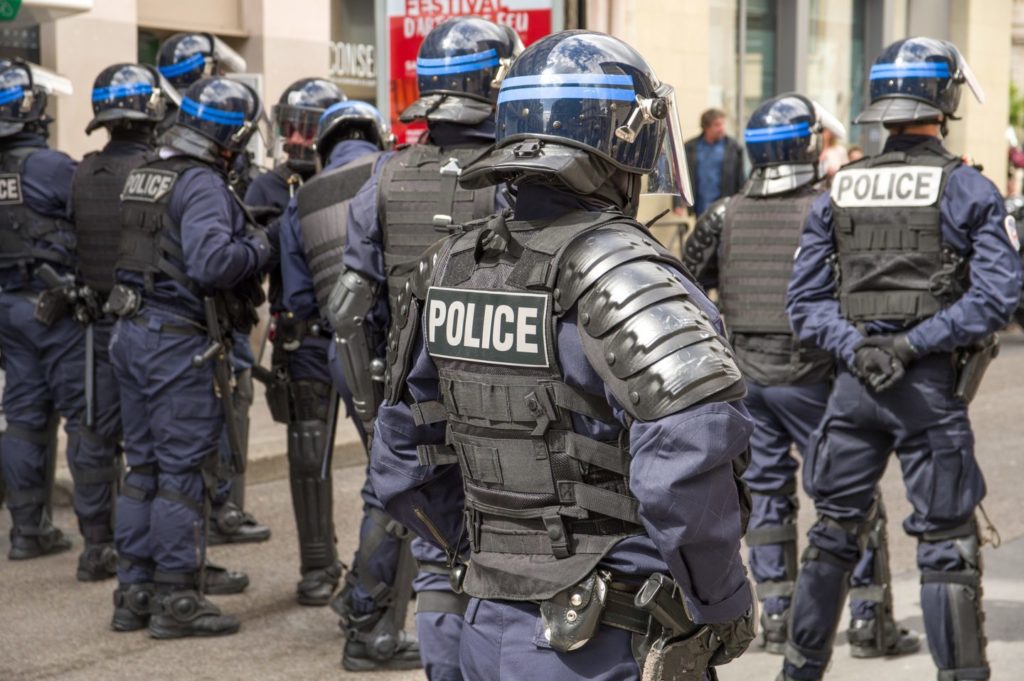 How do you feel about the police today? (Pictured: French riot police)

Ed: Would you say the show is not just factual, but educational?

Ceri: I’d like to think so. The basic tenets of the BBC is inform, entertain, educate. I think this is important, the story went on for thirty years, but I think it was never told fully. There would be breaks for years, then a few headlines in the news. People would be like, “is that still going on?” They wouldn’t really pay attention. I think it’s incredibly important for us to know the social history of Cardiff. We must know how the older generation happened and how that can inform young peoples’ lives today.

Ed: Do you think we can prevent things like that from happening? 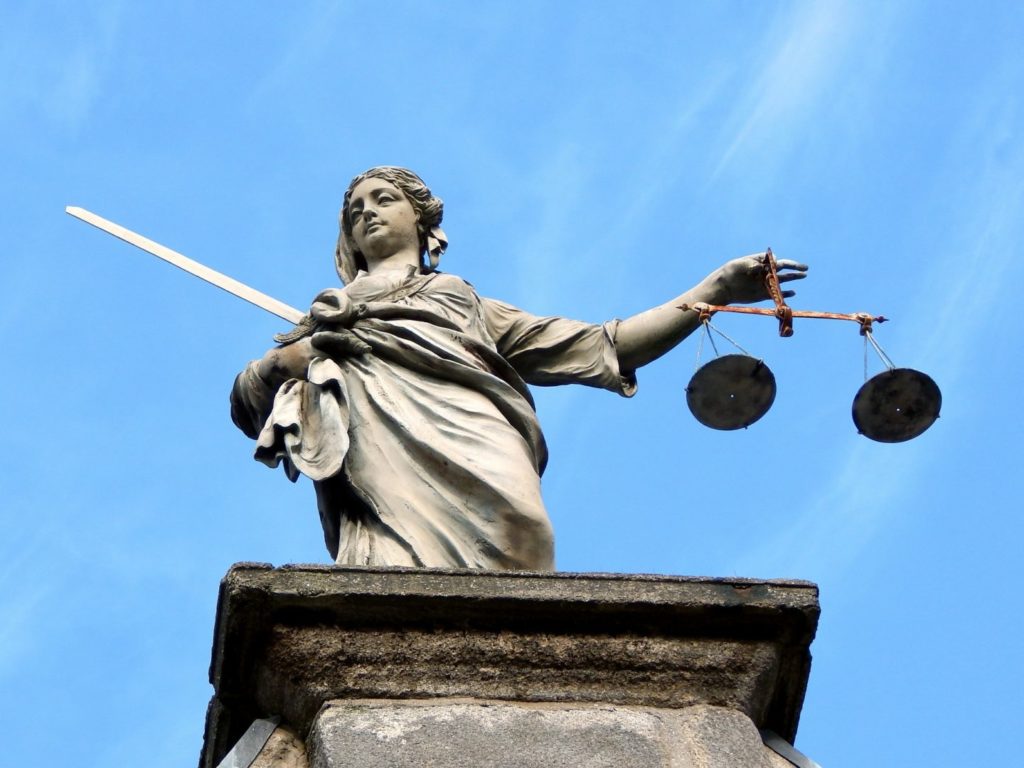 Tom: Do you feel like you reached a sense of closure at the end? It’s not really a happy ending for anyone involved.

Ceri: It’s not a happy story, and no, I think that is the great tragedy of the story. There is no closure, and the lives of the surviving Cardiff Five are forever ruined. How many people who have been through terrible things get closure? In this case it was denied to them at every single juncture. The only sense is that their story has, now, been told in full.

Ed: Like you said- it’s not a Hollywood film. You wouldn’t believe it if it was, because there is no ending.

Ceri: You could say it has informed change within the criminal justice system. But it would be complacent to say this sort of thing can never happen again.

Tom: The Butetown we know today is seen as a council estate, hidden from the railway line. We know that the estate was a well-off place in the past but as the docks declined it became a run down area. Do you think the area was purposely run down in order to create (the case for) modern Cardiff Bay?

Ceri: The docks was an architecturally beautiful area, the ship owners built their houses overlooking the working port, but when they moved out, to Cathedral Road, Llandaff, and these other areas, the working class community moved in.

As for why they knocked it down, the late Neil Sinclair would say it was a racist move. That might have been the case, but everywhere around the UK these docks areas were declining. There was a rise in tuberculosis for example. His point was: fine, then do something, invest in those areas, show some responsibility. But, he said, there was a much more sinister agenda.

The conception of Cardiff Bay might have been realised by then, but it wasn’t going to happen for another few decades. It was that 60s thing, build these horrible tower blocks. It was such a strong community, now people are on the twelfth floor of a tower block where they don’t see their neighbours, have no garden and no pets. Cardiff Council acknowledged soon after their construction that it was a disaster and they wouldn’t build any more of them.

It is with great sadness that we have lost one of Butetown's most colourful & knowledgeable residents, Neil Sinclair. He had a formidable knowledge of Tiger Bay & its heritage, was a local guide & had several written books – he was also a valued member of our Steer Group. RIP x pic.twitter.com/iGQjhiXdqf

Ed: We always seem to come back to how much the social fabric is affected by the physical in Cardiff.

Ceri: There’s a car park on Dumfries Road for example- my mother remembers a whole sweep of beautiful townhouses there.

Tom: [chuckles] We come back to this a lot. Housing, cars, everything is built for the wrong reasons.

Read Part 2 of our interview with Ceri here.

What’s On In Cardiff For & By Young People: August Week #2