Angela Barnes is a down-to-earth, personable stand-up comedian who has been going from strength to strength in recent years.

She has hosted the Radio 4 series NewsJack, as well being one of the generous comics behind the Home Safe Collective, a charity that ensures female, trans and non-binary comics and performers have safe transport home from late gigs at the Edinburgh Fringe. Becca Moody spoke to Angela about her new show, Rose Tinted.

Hello! Well one of the main things that has happened since we last spoke is that I handed over the hosting duties on NewsJack to the excellent Kiri Pritchard-McLean. I did 4 series and absolutely loved it – but it was time to move on to other things and let someone else have a go! Since then, I’ve made a second series of my Radio 4 show You Can’t Take It With You which aired in January and I still keep popping up on The News Quiz and Mock The Week etc.

What is the greatest compliment you’ve received about your comedy recently?

I wouldn’t usually like to boast, I’m not one for retweeting praise, for a start, it does no good for my self-deprecating image. But recently, when the second series of my Radio 4 show You Can’t Take It With You aired, Kathy Burke tweeted ‘I loved it too. You’re like the daughter I didn’t have because I didn’t want kids either,’ and I knew I could die happy. I am such a big fan of Kathy, that that was the highest compliment I could ever hope for. 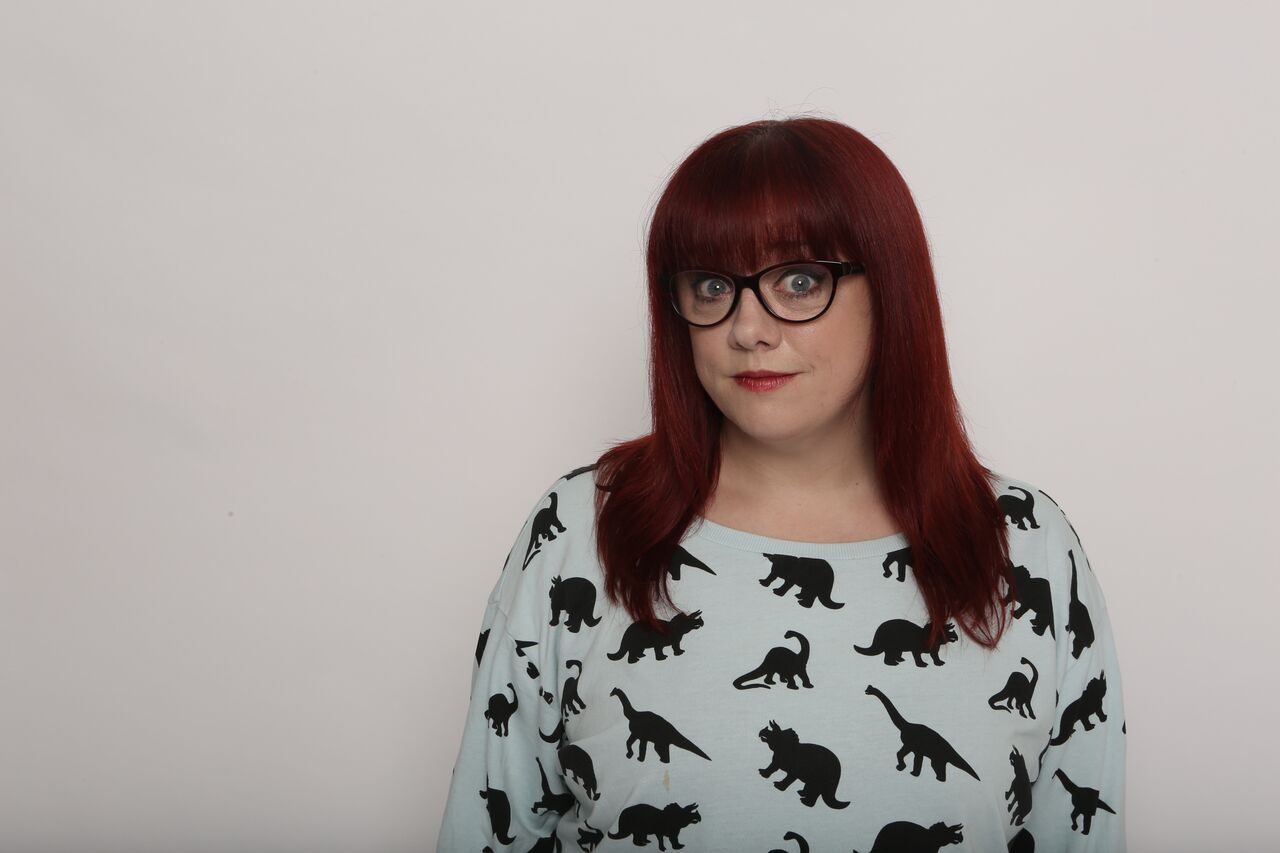 How did you find the writing process for your new show, Rose Tinted?

I really enjoyed writing this show. I think that because I’m doing a bit more radio and telly now, people have an idea of what I am about, and so I can now write a show without worrying about having to establish where I’m coming from at the start. That is very freeing and means I can get on with whatever it is I want to bang on about. I had a lot of fun in the process of putting this show together, and am really looking forward to getting it out on the road.

How has your mission to become more positive in the face of all the world’s negativity been going so far? Any advice?

Hahaha – I am not the person to come to for advice on looking for the positive. I wanted to try to look on the bright side in this show, but, spoiler alert, I don’t always succeed. Having said that, it has made me more aware of when I am catastrophising and to try to reign it in and look for the roses growing through all the shit. Though the world seems pretty determined to make it as hard as possible to do that…

Are there any places or venues that you are particularly excited to visit during your tour this year?

I’m always excited going to places I haven’t been before, so if anyone has any hot tips on visiting Market Drayton, Burton on Tent or Sudbury – hit me up! I always look forward to playing my hometown, the Hazlitt Theatre in Maidstone – I used to watch panto there every year as a kid, so it is so weird to be on that stage.  And wherever I go, I always look for the nearest nuclear bunker to visit – it’s kinda my thing – so need to do my research on that before I hit the road.

What have you learned about yourself or your craft over the past year?

2018 was a very busy year, which is great. I like being busy – doesn’t give my brain time to get too bogged down. I am finding my place in the comedy world I think – it’s so hard when you start out to know where you belong. 6 years ago, I wouldn’t have thought I’d be a topical comedian, or appearing on political shows – but it seems to be where I thrive, and I’m grateful that topical comedy found me. I have no grand plans – I am just enjoying the ride. I think this last year has taught me two things 1) hard work pays off and 2) I’m incredibly lucky to be able to do this, and I don’t want to ever lose sight of that. I get paid to muck about with excellent people. What a fluke.

Are you excited to visit Cardiff on your 2019 tour? How do you tend to find your Welsh audiences?

I love doing shows in Cardiff – it’s such a beautiful city, and everyone is up for a bit of fun. In fact, I’ve never not had a good time doing shows in Wales, be it in the bigger cities or smaller towns, or the Machynlleth comedy festival. I think generally, people are going out to have a good night out and a laugh, and they come to the shows wanting to do just that, which makes my job that much more fun.

What are your main hopes for this 2019 tour?

My main hopes are that people come along and have as much fun watching the shows as me and my brilliant support act, Phil Jerrod, have doing them.

Angela’s new show comes to Glee Club Cardiff on the 18th of April.