Hate Trumps Clinton: An Impartial Account Of How The World Ended

I woke up on Thursday morning from a night of sleep which could only be measured in restless minutes and anxious premonitions of the day ahead. Like countless lost souls around this cursed rock, my bleary-eyed contemplation rapidly evolved into a desperate search for clarity, redemption, and hope where none could be found.

Far from a routine adjustment of the United States’ Executive power, the last 24 hours marked the height of a desperate struggle for representation by a political system which has consistently left large portions of society behind. 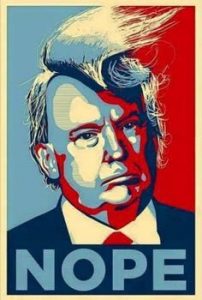 As the distinction between Democrat and Republican blurred, the narrative became a choice for the unaccountable and socially elite political class, so out of touch with the disaffected masses as to leave them further isolated with each passing election; versus a pitifully under-qualified and frighteningly unenlightened sociopathic neoliberal time-bomb, whose principle endorsement came straight from the balanced jaws of the Ku Klux Klan.

The Chinese whispers of social media were mercifully quick to relieve my nervous wait and, soon enough, news of a Triumphant Trump was propelled through the ether with the speed of a bullet, and much the same impact on those it hit. As Trump’s position gradually strengthened, I pictured Hilary’s impending phone call of concession and wondered how it would go. After a few moments of lazy contemplation, I decided announcing by text message would be my preferred method of petty defiance, but Clinton was always a stickler for tradition and stayed true to protocol in those final, dignified moments.

Consensus has yet to be reached whether this result was as predictable as now claimed by the millions of Professor Hindsights who litter our social networks, unafraid to brandish bold opinions only after they know them to be correct and rarely burdened by research. Regardless of what we now know, very few expected Trump to so effectively circumvent 21 other major candidates over a scandal-ridden 600-day campaign trail. It was perhaps this relaxed attitude which, when combined with any remaining cautious confidence, created a toxic mixture of complacent pride which would ultimately catch the Democrats irrecoverably off-guard. 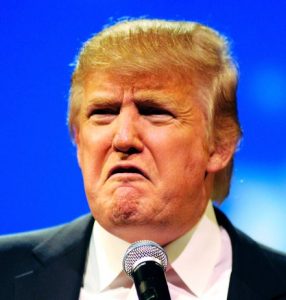 They call him “Teflon Trump” not because he’s smooth, but because a lot of people would rather see him stuck to the inside of a frying pan

Trump’s election marks the continued growth of a xenophobic wave sweeping the West with ever-growing momentum. Whether a reactionary drive against imagined failings of the apparent status quo, the misplaced search for identity and communal belonging in a tribal society, or the genuinely-held perception that vulnerable minorities can indeed be held accountable for the world’s ills; it is clear the acceptable range of mainstream political opinion has lurched violently to the right in recent years.

Sickening intolerance is coursing unchallenged through our national dialogue, posing as immigration and dehumanised in mainstream media as a purely economic debate. Demonising the vulnerable in the search for a scapegoat is a sign of desperate, fearful disunity.

I don’t fear Donald Trump the reckless, egocentric misogynist. Nor do I fear the narrow-minded, narcissistic criminal*. I fear Donald Trump the brand, whose skewed populist message of legitimised hate is being lapped up by millions. Already, this is being described as the most divisive election in US history, and it’s up to all who oppose Trump’s message to educate those around them and keep waving the flag of compassion and understanding.

It’s also worth remembering Hilary actually won the popular vote. But we’ll leave the question of how the most interventionist nation on Earth’s Leader can inflict democracy on the world without even getting the most votes to another article.

*Alledged- Trump has lost 38 times in the courts and settled 175 times. He is still awaiting trial for Fraud and, alongside numerous reports of sexual impropriety, appears to have brushed away a recent allegation of child rape. For now.

Brexit: A Month On