It happened last week, while I was in Aberystwyth for a student society reunion. A joyous occasion for me, catching up with old friends and having a good time, despite the unpleasant news from across the pond. I was sat in the town square thinking of the old Leonard Cohen concert movie that I had seen playing on my hotel television the night before.

But as I was flipping through the pages of my newspaper, I finally figured out why they had shown it. Leonard Cohen, poet laureate to the world of folk rock, was dead. The news came as a crushing blow to me. I had only just been talking about Cohen a few days beforehand. Yet, what really shocked me was that although I was reading about it on the Saturday, Cohen had died on the previous Monday.

In all the commotion and the despair surrounding the US election, the entire world had only just caught up with the fact that one of the most unique and wonderfully renowned artists of an entire generation had passed from this mortal world into the next. Some might have said that it was only to be expected, after all Cohen was 82 years old. 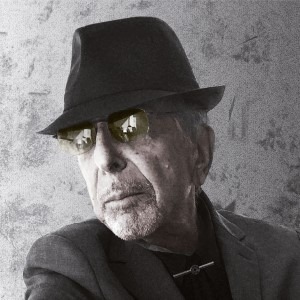 But if you had been closely following Cohen’s output during the last few years, as I had done, then nothing could have been further from the truth. Since 2008 Cohen’s career had seen not only a rejuvenating revival but had reached a new renaissance with sold-out concert tours and the release of three brilliantly crafted albums.

It has become something of a cliché that artists create their best work when they are in the twilight of their lives. It was true of Johnny Cash and the American Recordings series; it was true for David Bowie and Blackstar and it was most definitely true of Freddie Mercury whilst making the final three Queen albums; and sadly it has proved true with Leonard Cohen.

Sex, God and death have always been the prevailing themes throughout most of Cohen’s work over the years, sometimes often employing sophisticated narrative tools for songs; like the omnipotent narrator of Going Home from the Old Ideas album, a throwback to the days before his music career when Cohen was a novelist and poet. 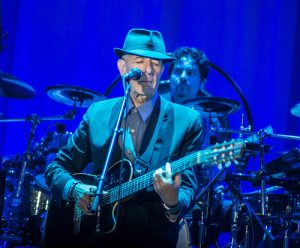 Or the use of amphibrachs in Famous Blue Raincoat, a song whose lyrics are written like a letter to some long forgotten friend. But the one thing that has always come across with Cohen is the intimacy of his work. His vocals and his lyrics can be both haunting and inviting whether they be in describing an early morning tryst in Hey, That’s No Way to Say Goodbye from his first album.

Over the years however Cohen’s music has improved and varied as much as his lyrics. Throughout his first four albums there is a quiet and relaxing tinge of soothing folk rock, which was to be rudely stamped upon in 1977 when Cohen ended up collaborating with Wall of Sound producer Phil Spector on Death of a Ladies Man.

“Legend has it that the Ladies Man sessions were to end acrimoniously with Spector escorting Cohen out of the studio under armed crossbow.”

In 1984 Cohen would switch his sound from acoustic guitars and Jew’s harps to synthesisers and keyboards to fit in with a deeper voice tone, a sound that would remain consistent with Cohen from the mid-80s to the mid-Noughties. It was during this period that Cohen would write one of his most famous songs, Hallelujah.

It is a song which has meant so many things to so many people through the numerous cover versions which have sprung up in the last 30 years since it’s creation. Artists to have reinterpreted the song have included John Cale, Rufus Wainwright, Alison Crowe and most famous of all Jeff Buckley, each of them promoting a different but universal meaning: namely that of  joy, whether it be through sex, God, worship or sobriety.

“For Hallelujah Cohen had purportedly written 80 draft verses and often alternated between them when performing live. When John Cale was to cover it he would claim that he only picked out the cheeky verses.”

It wasn’t until his last three albums Old Ideas, Popular Problems and You Want It Darker, produced and written in collaboration with Patrick Leonard, that Cohen found an appropriate blend between the two genres of folk and synthesise. His lyrics would remain as dry and as sardonic as his vocals, some times achieving heights of near gospel joy and longing.

But even towards the end Cohen was able to make reference to his own mortality and still rejoice in it. On his last album You Want It Darker, released just weeks before his death, there is a song called Leaving the Table. In it Cohen, predicting his own coming demise, seems to want to reassure us.

He starts from his own viewpoint “I’m leaving the table, I’m out of the game, I don’t know the people, In your picture frame” ;but in classic Cohen style he switches to Death’s viewpoint who has come to him like a welcome old friend, “You don’t need a lawyer, I’m not making a claim, You don’t need to surrender, I’m not taking aim, The wretched beast is tame, So blow out the flame.”

But from this haunting song comes one final reassurance from Cohen in almost Sinatran “I Did It My Way” style. In a final defiant last stand, Cohen says to us “I don’t need a reason, For what I became, I’ve got these excuses, They’re tired and lame, I don’t need a pardon, There’s no one left to blame, I’m leaving the table, I’m out of the game.”

Goodbye Leonard, you will be sorely missed.

Hate Trumps Clinton: An Impartial Account Of How The World Ended

Free and Cheap things to do in Cardiff: 21-27 March

An ode to SWN Festival, a festival for music lovers.