So once again for the third time in as many years the British public shall be returning to the polls, for the Scots it will have been for a fourth time, to decide the future of their country. Only this time the stakes are even higher in light of the political chaos caused by the Brexit referendum last June.

But this election should not only be about Brexit, just as no election should ever be about a single issue for one very good reason; elections are not referendums because their political consequences are not limited to one single sphere of British political life.

The last time in this country’s history that a government attempted to fight an election on one single issue was in February 1974. Edward Heath, the then Tory Prime Minister, was in the middle of his fifth state of emergency since having won the election in June 1970. 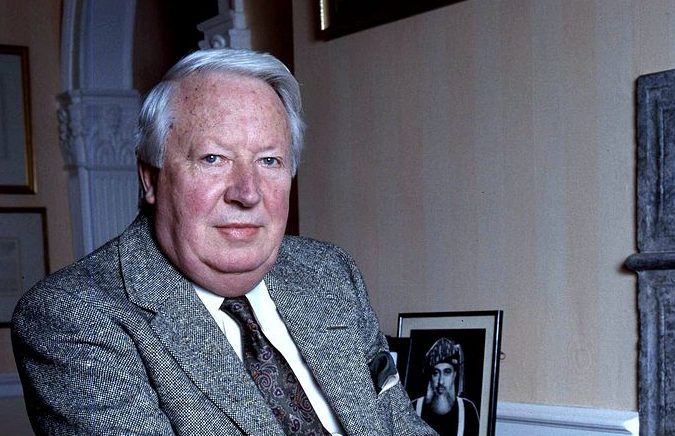 Edward Heath at home in Salisbury, 1987

The miners were striking for better pay. So Heath called for an election with the campaign slogan of “Who Governs Britain?”, hoping that the British public would support his stance against the miners. Now if his opponent Harold Wilson had played by Heath’s rules then he would surely have lost.

However Wilson, a seasoned veteran of election politics, did the exact opposite. He knew that he would lose when it came to the issue of the miners’ strike. Instead he made the election about everything else but the miners. And it worked.

The election resulted in a hung parliament and a minority government. This situation soon called for another election in October of the same year. The results of the October lead to political chaos and turmoil in Britain that was to remain unresolved until the the mid-1980s.

We are a nation divided

Only today the political landscape of this country is so much more different to when Margaret Thatcher reigned supreme. No longer are the main political parties interested in capturing the middle ground. Within the space of a few very short years we have become a nation divided, split right down the middle.

Whether it is independence in Scotland, devolution in the North, or the Remoaners and hardcore Brexiteers in the South, we are more divided now than before the Acts of Union. The old political fault lines have been re-drawn.

The Labour party is now a party of the left-wingers. The Conservatives have relished in returning to the more harsh policies of the right. And the Liberal Democrats have been returned to the political wilderness of the centre-fold, no longer a force to be reckoned with, but merely a second choice alternative for those whose conscience will not allow them to vote for either of the main political parties.

This election cannot simply be about Brexit

Which is why this election cannot simply be about Brexit. So when the election day comes on 8th June 2017 and we, the British public, go to the polls then it must be with the full knowledge that the outcome of this election will affect not only the outcome of our Brexit talks, but our whole future course as a nation.

Whether we become a country whose government has a humanitarian outlook in its policies or a government that reacts to the chaos and suffering it has created with complete and utter indifference.

That is why this journalist shall not be staying silent and shall be making the case for an anti-Conservative vote in the next few weeks. But until then this little history lesson in miniature shall have to do.

EU Referendum Series #1| Interview: What Will Happen To The Science & Research Sectors Without The EU Grants?