This year has seen the passing of a great composer in contemporary British music. Sir Peter Maxwell Davies left a huge legacy on opera and classical music, the likes of which we hadn’t seen since Benjamin Britten. His work of the 60s and 70s are infamous for their bold depictions in the vein of avant-garde music. His battles with cancer and the writing of his Tenth (and last) Symphony in hospital are becoming the stuff of legend.

With its imposing German name, Kommilitonen! gets a second coming, after its premier back in 2011. The piece is very much about students, to be performed by students and of course for students. It’s a whirling cocktail of three pivotal moments of the 20th century, on three separate continents.

The stories are The Oxford Revolution in the USA, Die Weiße Rose (The White Rose) movement in Germany during WWII and Soar to Heaven during China’s disastrous Cultural Revolution. David Pountney is building a reputation for his librettist skills (see Figaro Gets A Divorce), though his acclaim is mostly in directing opera. A large part of written material already exists, so Pountney joins it together and writes with ease and gentle poetry, with some romp-like smatterings here and there. 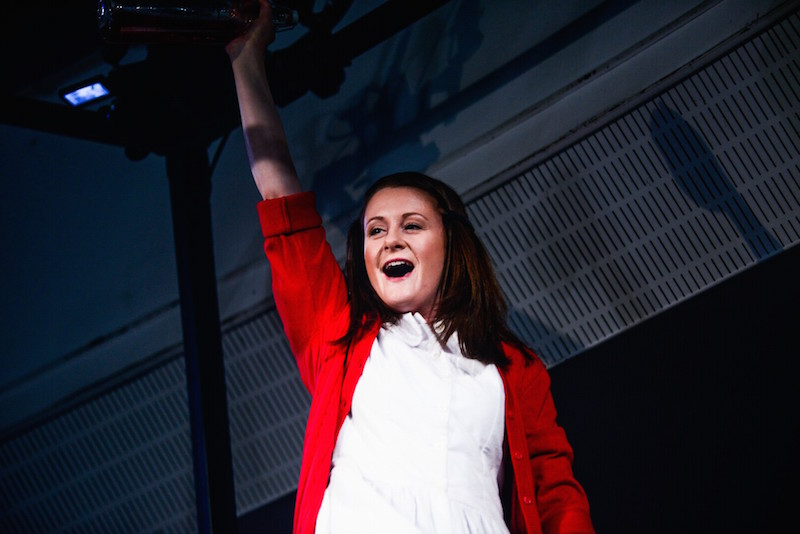 The idea of this as a promenade performance seems inspired, yet the venue is in some ways hold it back. An audience unsure when to move or why to move is never a good thing for a show. My thoughts at first were “what the devil is going on?” and “where do I go?”.

This piece takes no prisoners, except those not partial to the music’s aggressive nature. Davies grabs American spirituals, cabaret songs and traditional Chinese music with marching band for his orchestration and writing for singers. The orchestra were placed on the stage, whilst we ran about the auditorium trying in vain to make sense of unfolding events.

The Oxford story sees James Meredith fight to better himself in university in Mississippi. At a time of total segregation, this story alone is a famous inspiration of determination and persistence.

The White Rose movement against the Nazi is a mesmerising moment of brazen determination and true journalism. Sophie and Hans Scholl in Munich create flyers that provoke the German public into knowing the Nazis’ true nature and the horrors they were committing. Along with then, fellow students and some teachers are caught and sent to the guillotine. This moving story is the back bone of the opera and maintains our interest throughout.

The Chinese story feels the least interesting, even with some persistent compositional ideas and our lack of knowledge for the far east. As the revolution sweeps over China, Professors Wu Tianshi and Li Jingji are attacked and killed for their occupations alone. Their daughters Wu and Zhou discover how they were killed and keep it hidden, since being a teacher was regarded as treasonous. Both go separates ways. Wu joins the army and gives into the lies about her parents’ deaths, making her the least powerful characters of the entire triptych of narratives.

The opera felt it was verging on the brink of difficulty for young singers, though all involved do a fantastic job. Like Britten, Davies wrote a lot for children and young people. His work should be put on more for them. 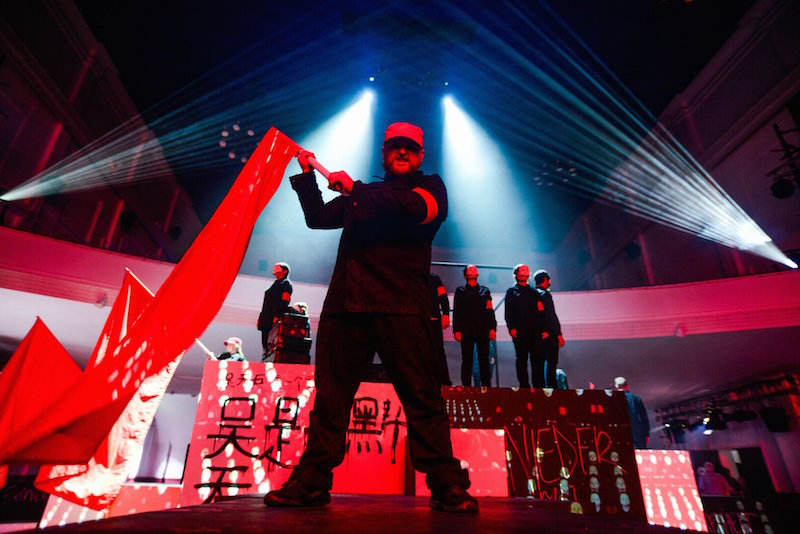 The production was ambitious, yet difficult. Large blocks devour the centre of the space, as singers pounce up them. No one could deny the piece was very busy with its back and forths, its cluttered chaos of sound and spectacle and the politically charged essence that blast out of every fibre of the work.

The sobering and fanciful film work and projection design by both Will Duke and Dan Trenchard is a great mood enhancer, adding a large amount to the core strength of the piece.

The opening to act two threw up the chorus over the blocks reenacting the white people’s contentment with segregation, creating all sort of uncomfortableness as they pointed at us saying “Coloured! Coloured!!!”. The orchestra here has moments of rampage-like scribbles.

From the get go this was never an easy piece. Perhaps fellow composer Luigi Nono would be pleased with his peer for, like him, creating a work that challenged authority and asked questions about society.

Charged with a youthful determination.

You can buy the remaining tickets for the show here.

WNO’s autumn season is celebrating Shakespeare 400 with the UK premier of The Merchant of Venice, along with new productions of Macbeth and Kiss Me Kate.

You can also watch WNO’s production of In Parenthesis online completely free here.

Review: WNO- Figaro Gets A Divorce & In Parenthesis @ WMC