Tiger Bay is a brand new musical that pays homage to the inhabitants of the multicultural Cardiff docklands at their roaring, industrial peak.

At the turn of the 20th century, the Marquess of Bute’s dock became the shop floor of the Welsh coal boom, exporting the lucrative black rock across the world and drawing thousands of workers into the town from across the globe. Cardiff was a site of political unrest, class divisions and racial tensions; the legacy of which undoubtedly lives on.

The show starts well. The boundless energy of the Water Boys, street children who speed up the work of the Donkeymen pushing coal trucks along the rails in the port, sing a rousing number which sets the production on the right track. We meet Rowena, a young woman determined to help the children and find honest love; Themba, who is soon seeking vengeance for the crimes of Boer War guard-cum-Docks manager Seamus; and the Marquess of Bute, on a bizarre mystical search for his estranged son. 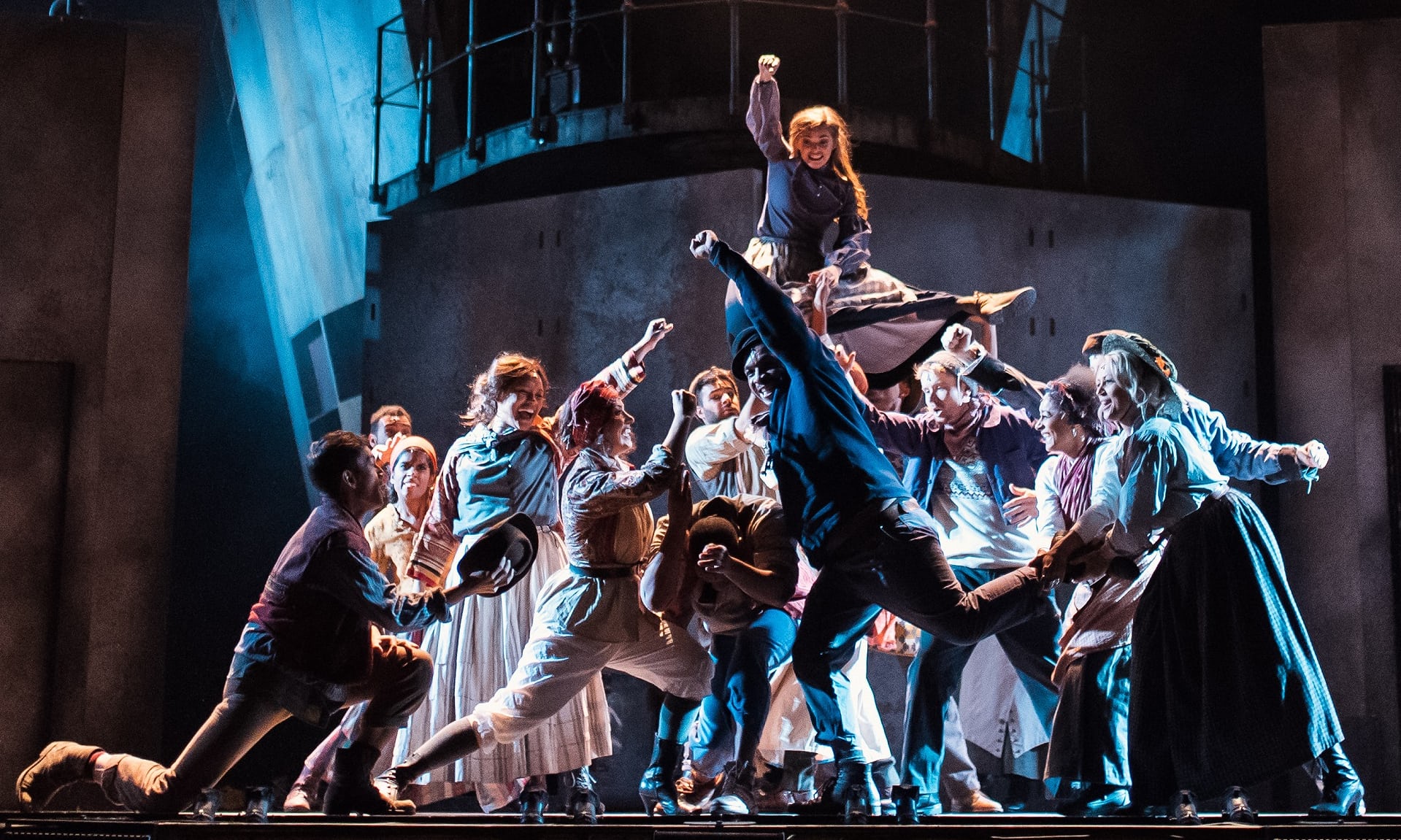 The cast of Tiger Bay

The cast is diverse and dazzling. Outstanding performances from Vicky Bebb, John Owen Jones, Suzanne Packer, Noel Sullivan and Dom Hartley Harris carry us through a slickly choreographed, 3-hour marathon. The production is a showcase of the highest quality lighting, set and costume design which recreates 1900s Cardiff in and around a huge industrial ship.

Tiger Bay is an epic spectacle, but regretfully the score does not match up to what has been brought to life by a faultless cast.

As a local, I wanted to love this musical. And it is entertaining to hear the use of the Welsh language, nods to Welsh chapel music, the sounds of multicultural Butetown and the references to Brains beer and famous Cardiff monuments and stores. The show is at its best during these warm, funny moments which authentically locate the piece in ‘Diff.

Yet it is frustrating to see such a huge budget- and so much talent- poured into a show that most producers would recognise as not being ready for a stage of this size. Tiger Bay is an epic spectacle, but the score cannot match up to what has been brought to life by a faultless cast.

Melodies lifted from Oliver, Les Miserables and Into the Woods come to define a truly unoriginal new musical that somehow won over a large creative team onto the biggest stage possible in Welsh theatre. Daf James’ songs are often too long and, especially in the second act, begin to muddle together – repeated ideas and refrains are not memorable enough for reprise and, simply, there isn’t a strong enough signature tune to sing on the way home.

This is the Wales Millennium Centre’s largest venture into producing its own work. Producing new, commercial theatre that supports Welsh and BAME talent is a vital step in the development of the arts in this country. Yet the Centre seems to be way out of its depth here, not in terms of production scale, aesthetic and casting choices or even marketing but in its creative judgement throughout the writing process.

Ambitious as it is, Tiger Bay will not be the next big export from Cardiff unless given a critical rewrite.

Tiger Bay will be showing at Wales Millennium Centre from 13 to 25 November 2017.