I’ve seen more dancing during this festival than any other time in my life. CDF certainly know how to put on a variety of dance pieces. What really passes as dance though? Is all movement dance? This review will try to answer these questions.

After the mixed success of P.A.R.A.D.E. and the acclaim of Tundra, National Dance Company Wales return with Roots. This portmanteau of dance works features four short pieces, though varied with some less enticing than others. Beside Himself was the opener and was choreographed by Caroline Finn, a statement about the ego and the alter ego. This two-hander seethes with homoeroticism and has a glorious mood to it, made so by dancers Cyril Durand-Gasselin and Robert Bridger. Their cheeky interactions and the way they handle each others presence is what makes this a golden work. 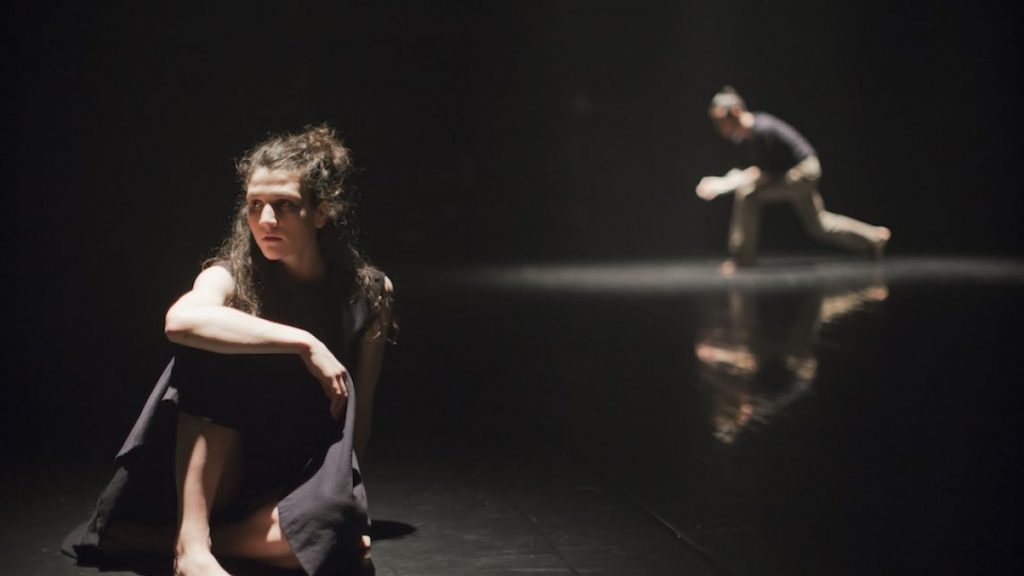 Omertà deals with a serious topic. Whilst the lives of mafia wives have been immortalised in The God Father and Goodfellas, this little piece gives them a voice and a stage for once. With choreography by Matteo Marfoglia, this anxious vision sees four female dancers entirely in black and veiled. They wash their hair in buckets and each has a spotlight to gear up their terrified jolts of fear piercing through their bodies. Are the women in trouble? Do they need relief from a life of crime? Whilst Omertà slightly overstays it’s welcome, it still has an effect and creates a mood of deep rotted tension and fear.

They Seek To Find The Happiness They Seem is inspired by the grand old dance numbers seen in sweeping Hollywood musicals. Lee Johnston has choreographed a highlight of the night as this couple of lovers play and use the space for their own bodies to be present in. It’s romantic and does have some splendid moments. Àngela Boix Duran and Ed Myhill do the piece justice, filling it with moments of soppy tenderness and an acute sense of the other dancers’ momentum.

Ending the night was Animatorium. This second dance work by Caroline Finn, sadly ended things with a damp fizzle. With the cliched story of a puppet master being taken over by his creations, it lacked any joy in the story department. Whilst some moves proved stimulating, it didn’t stop the work from making eyes glaze over. Nice ideas, but the story can be just as important as the craft! 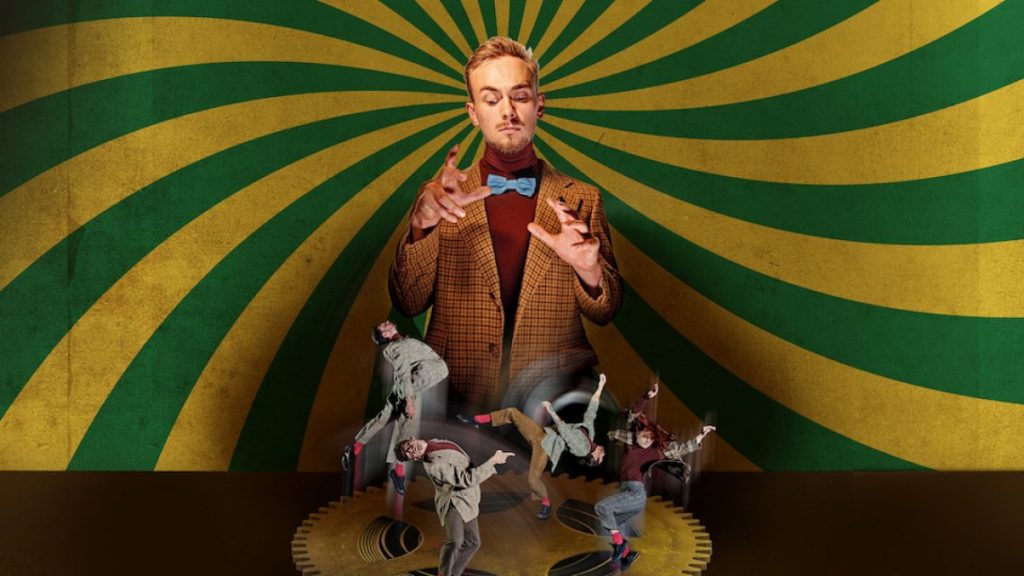 NDCW have asked audiences to sum up Roots in four words. So here goes:

There has been an event listed on the programme which has stuck out like a sore thumb. Extremely Bad Dancing to Extremely French Music makes its impact on name along, then makes more of a divisive impact when watched. Whilst Karl Jay-Lewis is billed as a choreographer, some might argue that fact. His movements around the space frequently induced bouts of laughter from the audience, but are we

really supposed to laugh? In an event which may not feel out of place in a comedy festival, this odd and baffling piece is funny, but I found the humour was soon replaced with the strikingly obvious. It had the tragedy of a middle-aged man who appeared keen to do some sort of Dada-like dance show to present it to an audience with the best of intentions. The mid-life crisis might be proven in the video work which shows Lewis drawing in his wrinkles upon his face, his relentless banging on a drum and his song consisting of just profanity (which is still stuck in my head). The tableaux consisting of “Good news” and “Bad news” was perfectly clear in its intentions.

I guess the cheeky humour and ridiculousness of the whole thing is what makes it popular and no doubt Edinburgh Fringe fodder. Whilst the dancing was “Extremely Bad” and the music (here performed by effortless pianist Tim Parkinson) being “Extremely French”, yet without a single note of Satie or Debussy, remained refreshingly clear. Composer Matteo Fargion has created a score heavy set with French trappings without feeling like so much of a send up. There were flickers of Feldman, Schubert and excitable vaudeville, all of which never had the feeling of curdling with the dance and flicker cards, a la old black and white cinema.

This really a piece which has to be seen to be believed. The Florance Foster Jenkins of the dance world will not fail to move you, I can guarantee it!

Roots is now in tour around Wales.