I wanted to love DC’s new villain-fest, I really did. But although Suicide Squad was built up to be original, gritty and just on the right side of dark to be funny, I can’t help but feel disappointed in what they did with this exciting premise.

Don’t get me wrong, minus a few sub-par-yet-inevitable Cara Delevingne moments the acting was far superior to the wooden performances of DC’s latest heroes (*cough* Batman vs Superman *cough*). As much as I hate to adhere to the predictions of female reception that littered the build-up to this release, Margot Robbie’s Harley Quinn did undoubtedly steal the show; her bittersweet bubble-gum shimmer easily matches the relentless pace of the Squad narrative, injecting a much needed feminine sugar rush to the otherwise overly sombre band of vigilante criminals. And while I’m not sure it’s grounds to be considered a female role model it is refreshing to witness a villain so outrageously lacking in remorse – evil for the sake of insanely obsessive romanticism a breath of fresh air after the bland purely-for-the-sake-of-it characters that DC often churns out. 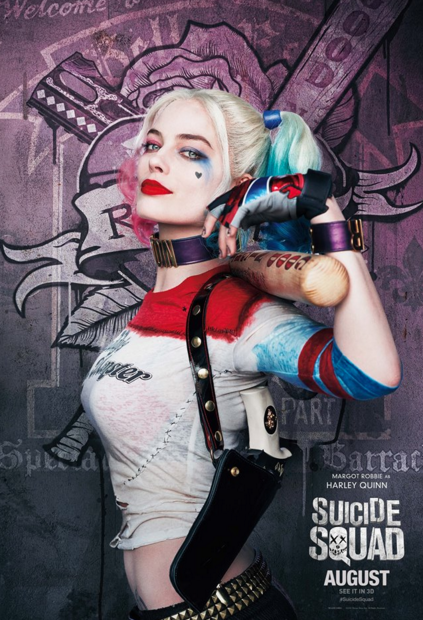 Jared Leto’s Joker was also intensely entertaining – and bizarrely not too over the top, despite rumours of Leto’s “method acting” animal carcass gifts. The neon bright gangster scenario was a nice touch in line with the original comics, but despite the Leto heavy trailer he hardly made an appearance; Joker swiftly becomes a peripheral character to make room for those more painfully obscure and dull. To be fair Will Smith’s Deadshot was – for a notorious hitman – quite heart-warming, only enhanced by his big brother relationship with Harley Quinn, her skimpy costume thankfully not warranting any uncomfortable sexual attention from her male squad mates. Viola Davis’ cold, fearless Amanda Waller was also refreshing – if a little shocking in the brutality of a character not actually considered to be the “worst of the worst”. The CGI was impressive and not overly garish; character development was adequate and only a little disappointing in the evil stakes. Although the aesthetic of the whole movie was almost too dingy to see anything it should have been a fitting backdrop for a slapstick gang war. And although the soundtrack was trying a little too hard to be Guardians of the Galaxy, choc-full of classics from Eminem and Queen, it was fun and familiar, clashing only slightly with the bright modern neon of the film’s branding.

So my problem lies mainly in plot.

While the first half hour of exposition footage feels a little rushed, it is the part that at least makes a vague kind of sense (if you don’t look too hard at the threat that is purely hypothetical and ever-changing). But from thereon out the mission of these infamous villains becomes unfeasible, overly elaborate and unnecessary – Jared Leto’s Joker isn’t OTT simply by comparison to everything else. To my mind there was no need to have this motley group of assassins and meta-humans save the world; a smaller, more sinisterly local villain would have made the chemistry and internal dilemmas of these human weapons a million times more intense and electric. Not to mention escalating the potential of the fight scenes to a far more kickass and impressive scale than the tiresome and seemingly redundant shoot ‘em up this turned into. These antiheroes don’t have the moral obligations of their justice warrior counterparts (although Superman’s habit of throwing people through buildings is far from health and safety approved), so clearing the streets of potential collateral damage only makes them less evil in the lack of human casualties. And since the acrobatics and aesthetics of Harley and her Puddin’ were so comic book you could practically see Kapow! written on the inside of your eyelids, why have DC made a villain movie that excludes so many original Squad members? Those like Poison Ivy and Killer Frost would’ve given an added kick to the Harley treatment of this rather male-heavy, uninteresting gang. 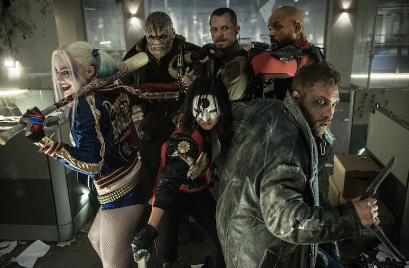 I’d rather see a Suicide Squad fighting Joker with Harley Quinn agonisingly changing sides. Or even Enchantress sticking to the original plan and targeting someone significant and not the entire human race. There was no need for the ancient goddess nymph to threaten the entire planet with her witchy electro-bolts, a “machine” that never materialised and Delevingne’s intimidating eyebrows. These endless threats to humanity become cheap overkill, especially when attempting to get the audience on the side of characters that everyone has loved to hate for generations of Batmen – I thought the point was that they are not superheroes yet they are doing exactly what the typical protagonists do. This was supposed to be a villain movie, yet Suicide Squad seems to follow all the conventions of a superhero movie with a bit of dark dialogue thrown in every so often for good measure.

I expected this film to be far funnier, far darker and far more original. Bring on a Harley Quinn and Joker Gangster Empire movie, with just as much Kapow! as they redeemed this release with. But for the sake of DC’s rapidly declining reputation they need to scale back on world threats or people are going to start thinking they actually do want to blow up the planet.

And please never have a character casually drop the title of the movie into dialogue again.