A programme of three major photography exhibitions will be opening at National Museum Cardiff this autumn. The season will present work by four of the most influential artists/photographers in the history of the medium; August Sander, Bernd and Hilla Becher and Martin Parr. The exhibitions predominantly comprise loaned photographs, a number of which have never been exhibited before, and all of which will be displayed for the first time in Wales. 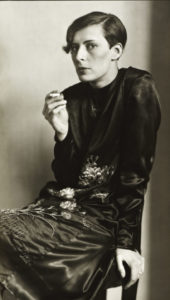 ARTIST ROOMS: August Sander (26 October 2019 – 1 March 2020) presents over eighty photographs by August Sander (1876-1964), one of the most influential photographers of the twentieth century. The portraits are drawn from Sander’s monumental project, People of the Twentieth Century, through which he aimed to capture a true portrait of the German nation and of the time Sander photographed people of all ages and backgrounds, from farmers, policemen and politicians to bricklayers, secretaries and artists. His subjects, always anonymous, are titled by profession or social class and categorised into seven distinct groups; The Farmer; The Skilled Tradesman; The Woman; Classes and Professions; The City; The Artists and The Last People.

This exhibition draws from ARTIST ROOMS, a touring collection of over 1,600 works of modern and contemporary art by more than 42 major international artists. The collection is displayed across the UK through a programme of solo exhibitions, supported by Arts Council England, Art Fund and Creative Scotland.

ARTIST ROOMS is jointly owned by the National Galleries of Scotland and Tate. The collection was established through The d’Offay Donation in 2008, with the assistance of the National Heritage Memorial Fund, Art Fund, and the Scottish and British Governments. The exhibition has received additional support from the Colwinston Charitable Trust. 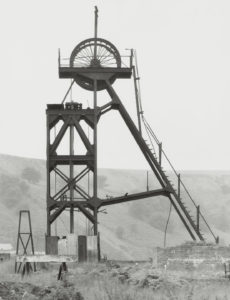 Bernd and Hilla Becher: Industrial Visions (26 October 2019 – 1 March 2020) brings together 225 photographs by Bernd and Hilla Becher, two of the most significant artists of the twentieth century. Since the 1960s their work has reinforced photography’s international currency as art. As founders of what is now known as the ‘Düsseldorf School’, the Bechers influenced a new generation of artists including Andreas Gursky, Candida Höfer, Thomas Ruff and Thomas Struth.

For over 50 years, the Bechers collaborated on a project to document industrial structures across Europe and the USA. Their photographic inventory included winding towers, blast furnaces, cooling towers, gasometers, grain elevators, water towers and lime kilns. In 1965, the Bechers made their first visit to Wales and returned in 1966 after receiving a British Council Fellowship. Based at a campsite in Glynneath, they explored the south Wales valleys and made an extensive series of photographs that now stand as monuments to a lost world of labour that were once central to the social fabric of industrial communities.

This exhibition presents some of the Bechers’ well-known typologies and individual photographs. Selected archive material generously loaned from the Becher studio offers a unique insight into their research methods and creative process, whilst exploring their time in Wales in more detail.

This is the last exhibition that Hilla Becher selected prior to her death in 2015. It is co-curated by Dr. Russell Roberts and has been kindly supported by the Colwinston Charitable Trust and the Henry Moore Foundation.

Martin Parr in Wales (26 October 2019 – 4 May 2020) features photography by Martin Parr, one of the most influential and prolific photographers working today. Over the last forty years, he has recorded people, places and cultures in the UK and beyond, exploring themes of leisure, consumption and communication. His humorous and affectionate portrayal of modern life has changed the way we understand society and its many nuances.

Parr has always been drawn to Wales, having lived just over the border in nearby Bristol for thirty years. In that time, he has undertaken several editorial and cultural commissions, covering subjects from working men’s clubs to coal mining. This exhibition brings together, for the first time, a selection of Parr’s work in Wales from the mid-1970s to 2018. His photographs – many of which have never been exhibited before – explore different aspects of Welsh life and culture, from male voice choirs and national sports to food, festivals and the seaside.

This exhibition has been developed in collaboration with Martin Parr. It has been kindly supported by the Colwinston Charitable Trust.

An exhibition catalogue of the same title will be published by Amgueddfa Cymru-National Museum Wales to coincide with the opening of Martin Parr in Wales.

“We are thrilled to be showing the work of these significant and internationally acclaimed artists in Wales. The three exhibitions highlight the trajectory of photography over the course of the last century and explore issues and subjects that are still relevant today. The photography season builds on the success of the photography programme and the contemporary gallery programme at National Museum Cardiff. I hope the international profile of August Sander, Bernd and Hilla Becher and Martin Parr, and the influence of Wales on the work of the latter, will tell new stories, inspire people and bring new audiences to the museum.”

Is That Chris Ramsey Coming To Cardiff?!