If I’m honest, Songs For A New World wasn’t what I was expecting it to be at all. Rather than your standard musical fare with a storyline, interconnected characters and usually at least a little bit of spoken dialogue, SFANW was a bit more like a themed end-of-year showcase.

In saying this, what I mean is that actors came on stage either individually or as a group, and sang (and often danced) their way through a performance number that had no association to the numbers that came before or after. 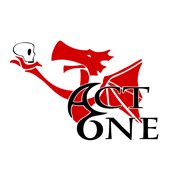 This is of course not the fault of Act One, as they were performing the show as written, it was just quite jarring as an audience member to spend the first half wondering how these characters and songs were connected, and just how many different stories were going to have to be tied up together by the end.

A quick Google in the interval led to the discovery that SFANW is considered more of a “revue” or “song cycle,” meaning that it is more similar in form to a showcase than a plot or character driven musical. With that knowledge behind me, I was able to focus entirely on the performances, which, as in the norm for Act One, were stellar.

Particular praise must be given to Ashley Rogers, Emily Broad, and Esther Morris, all of whom would be at home on a West End stage. The cast as a whole shone, especially in group numbers, which I think Act One definitely has a particular knack for.

As always seems to be the case in the YMCA theatre, there were some sound issues, leading me to wish that one day an Act One performance (my money is on Battlescars!) can be performed in a venue where this isn’t the case.