During the last half-term week, it was my pleasure to take my little brother to go and see the Roald Dahl classic George’s Marvellous Medicine live at the New Theatre in Cardiff; the stage adaptation by ‘national children’s dramatist’ David Wood. Unlike the Concert of the Unexpected that followed it at St. David’s Hall or the Wonderman musical that preceded it at the Tramshed, this was a genuine family night out.

Alongside me and my little brother, there were hundreds of children and their parents in attendance; who by the looks of it were delighted to turn out in their hundreds for a nice night out during half-term, sampling the magical atmosphere brought about by the work of Roald Dahl.

The play itself is a playful and whimsical adaptation of one of Dahl’s most silly and macabre children’s stories, concerning the titular George and his tiresome and bullying Grandmother who has come to stay at George’s family farm for a week. 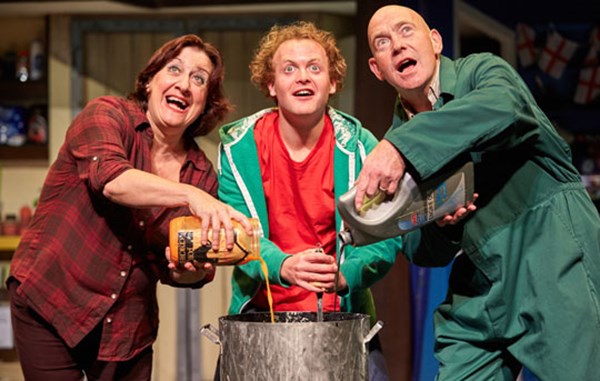 A delightful Ed Thorpe takes on with extreme relish, the long-suffering and childishly scheming George who decides to get back at Deborah Vale’s cruel Grandmother by making her a medicine that will turn her from naughty to nice.

The children in the audience who are constantly asked whether this or that should be added to the brew, do not care agreeing with whatever potentate that George decides to add; whether it be shampoo, drain cleaner, deodorant or any other hazardous house-hold cleaning materials.

Thankfully though the adults are there to warn the children afterwards that any such brew would be poisonous to consume and would have no special or magical effects such as those shown. In classic Dahl fashion, we’re reminded of the punishments meted out to the unruly children in Charlie and the Chocolate Factory. 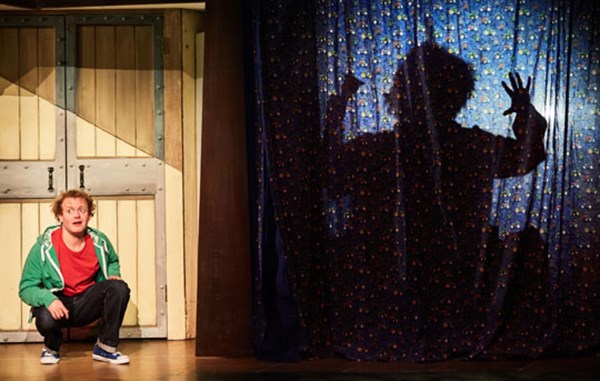 Whether adults found it entertaining or not matters very little, as this was a special night of magic aimed specifically at the hundreds of children in Cardiff. Children who have been re-introduced to the tongue-in-cheek playfulness of Dahl’s later children’s work.

Aunty Sprout: How Can I Distract Myself From Negative Stuff?