It was a delight to see a feature of the Olivier Messiaen festival at RWC, in Buzz Magazine for October 2016. For some time I pondered if this highly important French composer was moving more into the mainstream and how a different type of audience could be going to these five concerts at the Royal Welsh College of Music. It would obviously be made up mostly of music students and devoted “Messiaenites”, who never miss an opportunity to witness his music live. I myself, am very much the latter.

2008 saw the centenary of his birth and a huge blast of his music was heard around the world. This raised the composer’s reputation at a time not seen since his death back in 1992. His influences are many and are just as varied. His Catholic faith plays a large part in most of compositions, the music of other countries like India, Greece and Peru are key factors and the unadulterated admiration for birdsong is also marked throughout his career. His music is entrancing, outrageous and exquisitely beautiful. 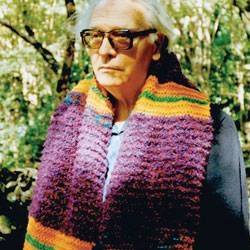 The opening concert was a lively event with the College’s Chamber Winds ensemble playing both Messiaen and Stravinsky. Messiaen’s Oiseaux exotiques was billed first, however it was a jolt to me when the Stravinsky opened the show instead, with no mention of the alteration from conductor Pascal Gallois. I quickly recovered and found the Russian composer’s Concerto for Piano and Wind Instruments a strident delight. The typical Stravinsky hallmarks are here: evocative and jumpy harmonies for the winds and the usual rambunctious rites for the piano. Catherine Milledge played with some looks of discomfort and serious music making, delivering a super performance in the solo piano role.

The Exotic Birds from Messiaen, is an outrageously animated work, partly comprised of birdsong from American, he heard on vinyl. This would prompt him to make many field trips around the world, notating the birdsong he heard and transforming it into his own outstanding and instantly reconcile compositions. The piano solo here was Mei Yi Foo, bringing a sensual feel of the fleeting birds, frequently thrusting her head upwards, as if these birds had just flown off into the concert hall. It’s a great introduction to those that don’t know his work. Children, no doubt would love it to!

In the first evening concert of this mini festival, the Gould Trio were joined by clarinetist Robert Plane. Messiaen‘s Theme and Variations is a wedding present to his first wife Claire Delbos, first performed on her 26th birthday in 1932. Her an acclaimed violinist and him a refined pianist, they together created this surprising little piece. This is the first time I’ve understood the piece, which usually comes when hearing a work live for the first time. Lucy Gould playing the violin, was intense and affectionate in the music, reaching an ecstatic high E or Mi, in the French teaching of music and also Olivier’s affectionate term for Claire. Benjamin Frith created the accompanying swells beautifully which complements the anxious violin in all it’s variations.

Prior to the Quartet for the End of Time, Mark David Boden has written the perfect accompany piece for it. Utilising the same instrumentation, Between Waking and Dreams, inspired by the poem Balance by Adam Zagajewski, the writing tries to conjure up glorious images of being above the clouds whilst on a flight. The peace found here is juxtaposed with the hustle and bustle of everyday life on the ground. The piece has a wonderful, delicate feel to it and is very pleasing to listen to.

In the famous Quartet, Messiaen conjures up terrifying imagers of the end of the world. Written as as prisoner of war, in a camp near the Polish border, he had the good fortune (if any) to bump into other musicians there and premiere the work in the prison (it was watched by the estimated figure of 5,000 prisoners, which is highly suspect). The dire situation the composer found himself in is saturated in the quartet and there are many great moments: the ethereal first movement, the great clarinetist solo (Robert Plane’s breath control alone is other worldly), the box of tissues moment that is the firth movement for cello (Alice Neary adding a real emotional punch here), and piano.

The frenzied, energetic harmony in fleeting moments has great effect on listeners. The ending violin solo, which mirrors the cello’s great lament is a worthy conclusion. The fifth movement is a favourite and is a good introduction to the piece as a whole. One of my favourites pieces of chamber music.

An extended performance of Satie’s Vexations take place around Cardiffstarting in October till new year, as a fundraiser for OCD UK, with such venues as the Wales Millennium Centre, St. Edward’s Church (of Cardiff), the Cardiff Masonic Lodge and the YMCA as locations. We also need more musicians, venues, rap artists and artists in all fields to help to complete the piece. Follow #CardiffVexations on social media to see more!