Any opportunity to hear a premiere of anything involving French composer Erik Satie I would never miss. Those of you who know me will be fully aware of my commitment to the eccentric man and his delightful music. I am going to be super cheeky and share a few of my theatre company’s links to our Satie influenced performances within this review. It is a nice opportunity to relate the review back to my own practice.

Starting with the Trio by Ravel, this wet the appetite for the delights to come. Ravel creates tender moods, brilliant in his colour and orchestration (even just for three instruments). The excitable passages evoke his Mother Goose ballet and you feel the score within you as you listen. It is rather bouncy and is more exciting than most chamber music you could hear today. 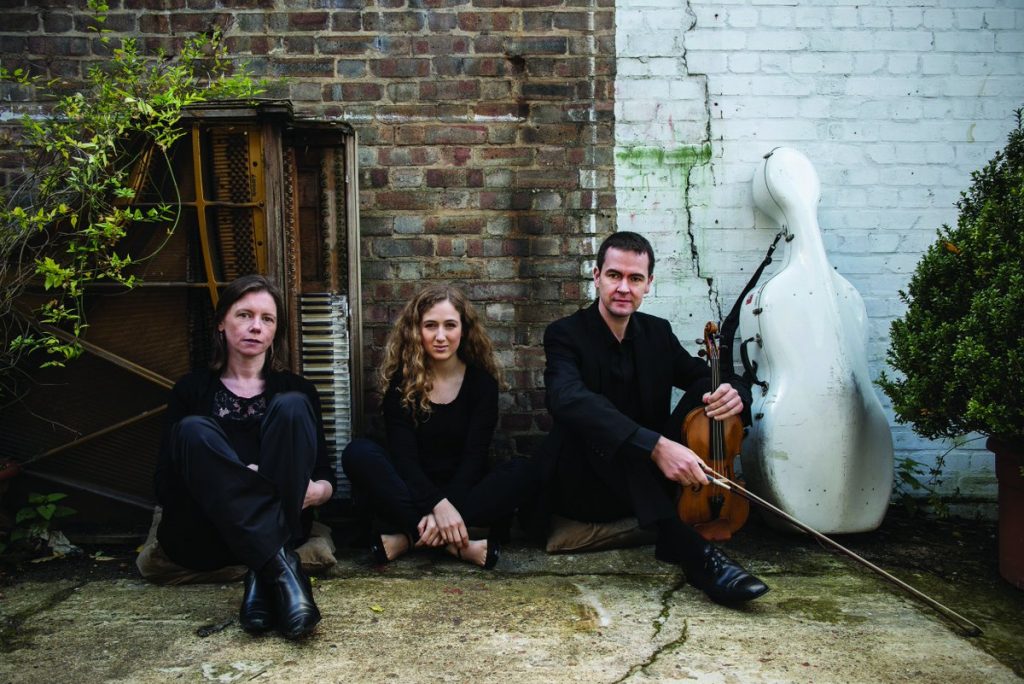 The marketing for this concert was incredibly slight, with no information on the programme at all. One assumes this to be keeping the premiere hush, so no one else could do it before them. Looking in the playbill on the day, there was again no details about the music we were going to hear.

Following on from the Ravel, we had John White’s arrangement of Satie’s only play: Le Piège de Méduse (Medusa’s Trap). It is a delightful affair, the music consisting of seven short dances for a mechanical gorilla. Each is incredibly charming and none of them ever outstay their welcome. They are over within a matter of moments, each leading into the next, cheery number. The Fidelio Trio bring a lightheartedness to the piece and the mood is infectious. The arrangement as well for three players are chipper, though I think it also considers lots of paper in the piano strings, as ways Satie’s odd way. This brings back some lovely memories from our performance last year of the play, on Satie’s 150th birthday.

Prière pours le sault de mon âme (Prayer for the salvation of my soul) turns out to be the last movement from his Mass for the Poor. Written in the mid-1890s, it was a time when he bizarrely created his own church (of Jesus Christ the Conductor!) and was obsessing over mystical ideas with cult-like organisations. Unlike his romantic life, this is a brilliant time for his creative output, with the puppet show Uspud and the Vexations falling into obscurity, not to be performed for another 70 years after it was written. Arranged again by White, this movement (originally for organ) is a hushed, solemn affair that is also expectedly brief in its execution. It ended the concert with a transcendent sigh, that lingered in minds hours after it had finished.

Although the celebrations for this fabulous composer ended last year, I feel that more arrangements of his works are an absolute must to help maintain his elegant reputation.

[Struggling to find image. All images of trio are copyrighted. Could you just find a royalty free picture of a piano or violin? Thanks]