There is no doubt in my mind that Christopher Nolan shall go down in history as one of the finest directors Britain has ever produced.

I say this not just because I am a huge fan of the Dark Knight trilogy or any of his other mind-boggling epics like Memento, Inception or Interstellar. I say this because last week I saw his latest cinematic offering, Dunkirk.

A war movie epic that depicts the story of the Dunkirk evacuation from the three different perspectives of land, sea and air. The film boasts an impressive cast of British acting royalty and an epic status worthy of anything David Lean ever offered up in his day and age. But what is truly remarkable about the film however is its total focus upon the fighting men’s experience.

It is a film that avoids the politics of the situation, with Churchill and the generals unseen and unheard, instead focusing on depicting the gruesome horror of war. This is shown through the struggle of our main characters, young squaddies played by relative newcomers Fionn Whitehead, Harry Styles and Aneurin Barnard. These men suffer through torpedo attacks, dive bombers, oil spills in water and near drowning on at least three occasions.

The film goes to great lengths in its accurate depiction of weapons, vehicles and location. Genuine spitfire aircraft and boats from the original evacuation make appearances during throughout the film. But in spite of the fact that threat of the Germans is ever present in the mind of all those on the beach, the Germans themselves are absent throughout the film. 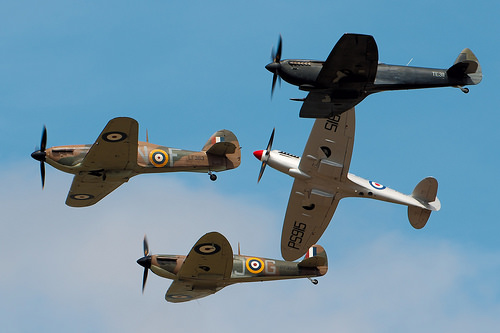 But the films emotional high-point comes two thirds of the way into the film. Kenneth Branagh‘s Rear Admiral is standing on the Mole, the only working jetty in Dunkirk harbour, when he looks out onto the horizon. When asked what he can see he states home when he spots the little ships of Dunkirk coming into the harbour to jubilant cheers of the soldiers on the beach and the ships. It is a moment that made me tearful with pride, pride for what our country achieved during its darkest hour.

The cast is one of the main powerhouses of the film with stars such as Tom Hardy, Cillian Murphy, Mark Rylance and Kenneth Branagh making appearances. And while these actors provide us with a steady and comforting familiarity the real triumph comes from newcomers Whitehead, Styles and Barnard who have proven with this film that they are stars worthy of watching out for in the future.

So I recommend that you watch Dunkirk and do not be phased by the epic qualities of the film. For while this maybe the film that Nolan has been working towards for the whole of his career, it is also his shortest coming in at a surprising but not unwelcome 1 hour, 50 minutes.

A genuine classic in the making that, in spite of its all-British cast, shall no doubt be tipped for success at the Oscars next year.