Rapper Ray Tee gets the gold at Cardiff’s Got Talent

It was a warm Saturday afternoon at East Moors Youth Centre in Splott, and locals were gathering to see young people perform in an all new talent show. 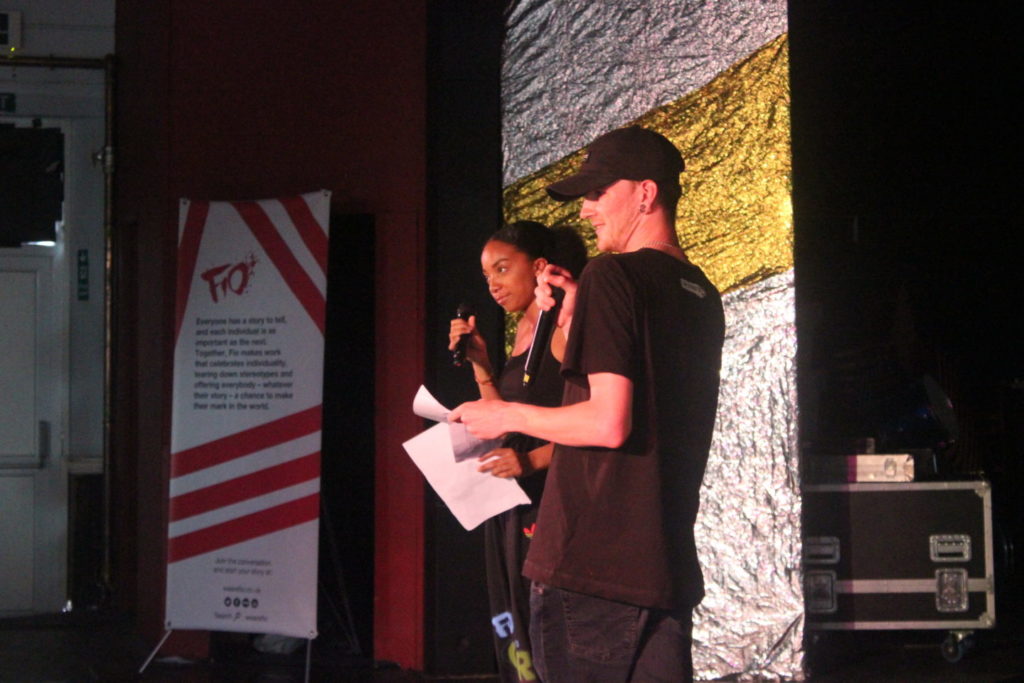 Tia and Ez Rah, our hosts

Called Cardiff’s Got Talent, it was put on by Cardiff youth theatre group Fio. The stage upstairs at East Moors was decked out in glitter, with Radio Platfform massive Tia and Ez Rah MC’ing for the night.

The judging panel was star studded, with Welsh actress Suzanne Packer heading the bill. Suzanne has appeared in a number of popular BBC shows including Keeping Faith and Doctor Who. Personal trainer Warren Manners played the tough love judge, giving constructive criticism and praise where it was warranted. Propping up the panel was Paul Duffy, senior youth officer at Cardiff youth service, who had also been generous enough to supply the use of the hall. 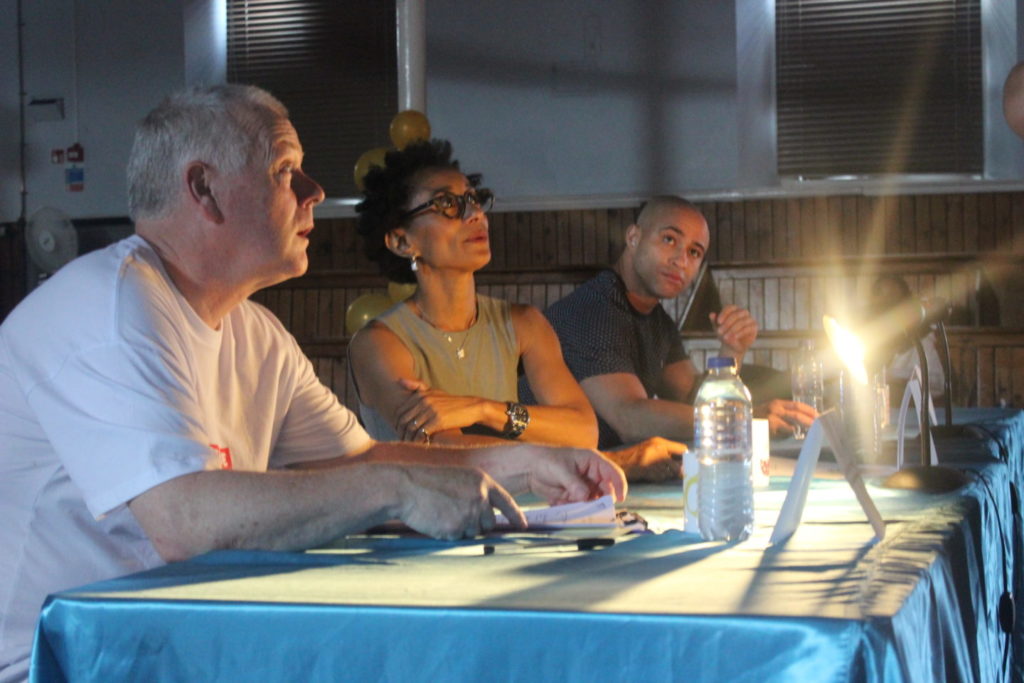 There was a mix of older and younger participants. Ameleigh, 9, danced in pink to Rachel Platten’s Fight Song. When asked by the judges how she choreographs her performance, Ameleigh said she just goes with how the music makes her feel.

Next up was Tyler, 16, who belted out Shallow from A Star Is Born. Followed by Lataya, 13, with Speechless by Aladdin‘s Naomi Scott. Then it was back to dancing as tiny Ziyan, 8, swung her arms to the Salt n Pepa classic, Push It. 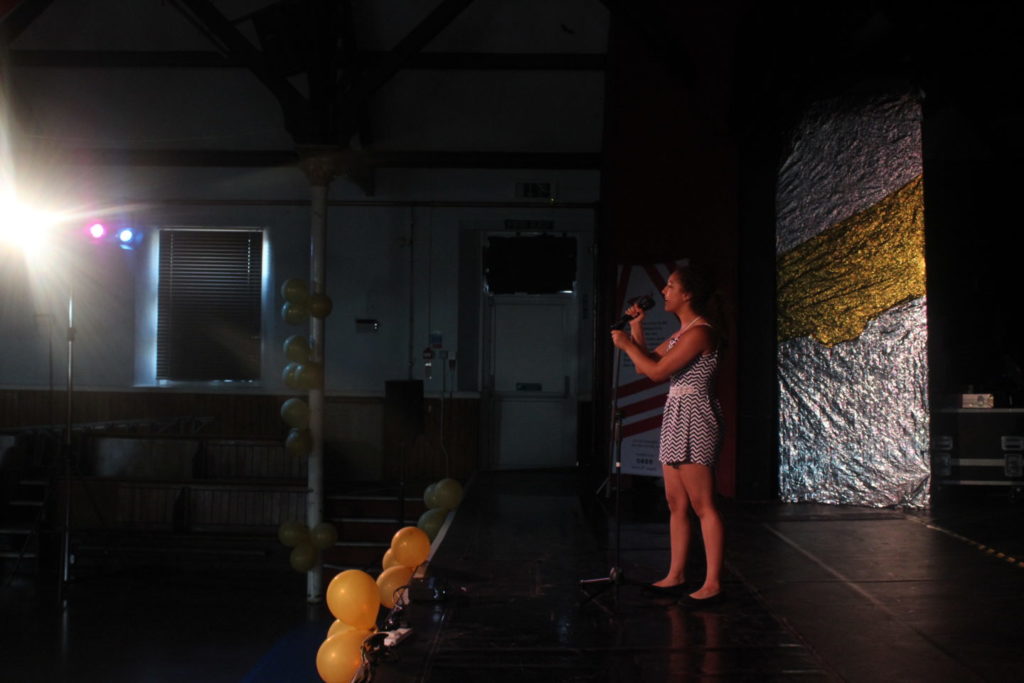 Jasmine-Lillie smashing it with “Valerie”

Next up was young dancer Olivia, in a Frozen-like blue dress. The soundman messed up at first so we all got to boo him. Then he sorted it out and she did a fab routine to the theme of Mulan. the judges loved how she incorporated acting into her dance. 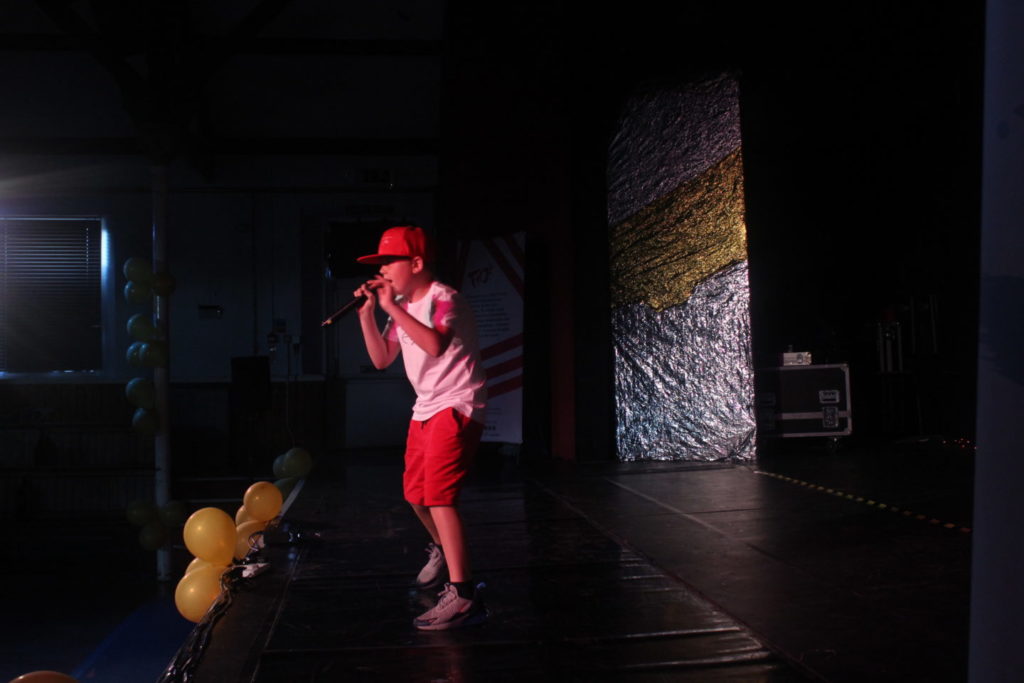 Then on came a lyrical storm: Ray-Tee, 11 year old rapper, absolutely floored the audience. He’s got YouTube-sourced backing beats, but his lyrics were 100% original and honestly on fire. He rapped about getting disrespect from schoolmates: “Guess what mate- you are wrong- cos I just found out- you were a mistake all along.” Oof, feel the burn!

Something similar next with friend of the Sprout Sabrina (best known for working with Ministry for Life – we collaborated with them last year on their videos and awards). Sabrina did a fiery spoken word piece- close to rap, but slightly slower and dare I say it, sadder. 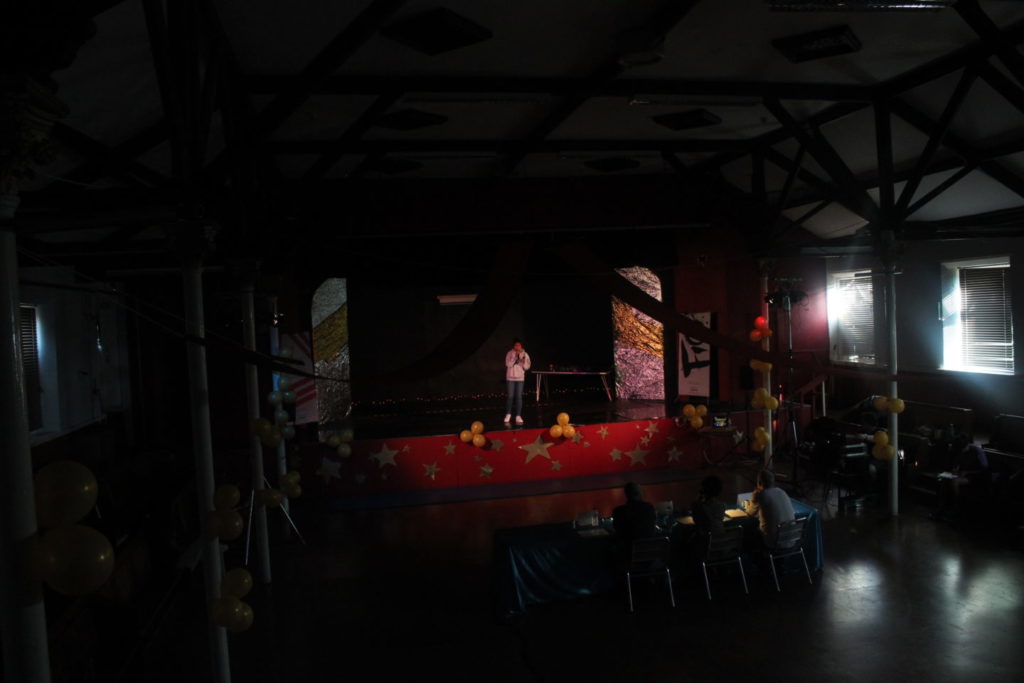 Sabrina sets out a manifesto to a sad beat and a full audience.

Sabs was followed by a late entrant- a second Jasmin– who sang an acapella of Anna Kendrick’s Cups (You’re gonna miss me when I’m gone…). The judges gave her massive respect for being able to sing without music.

Ziyan’s mum Debbie kicked off round 2 with a powerful poem that reminded young people to “Know your worth, boys and girls.” After which the judges made their decisions and on came the next acts.

Ameleigh returned with Demi Levato’s (What’s wrong with being) Confident?– which suited her dance style really well- what sass! 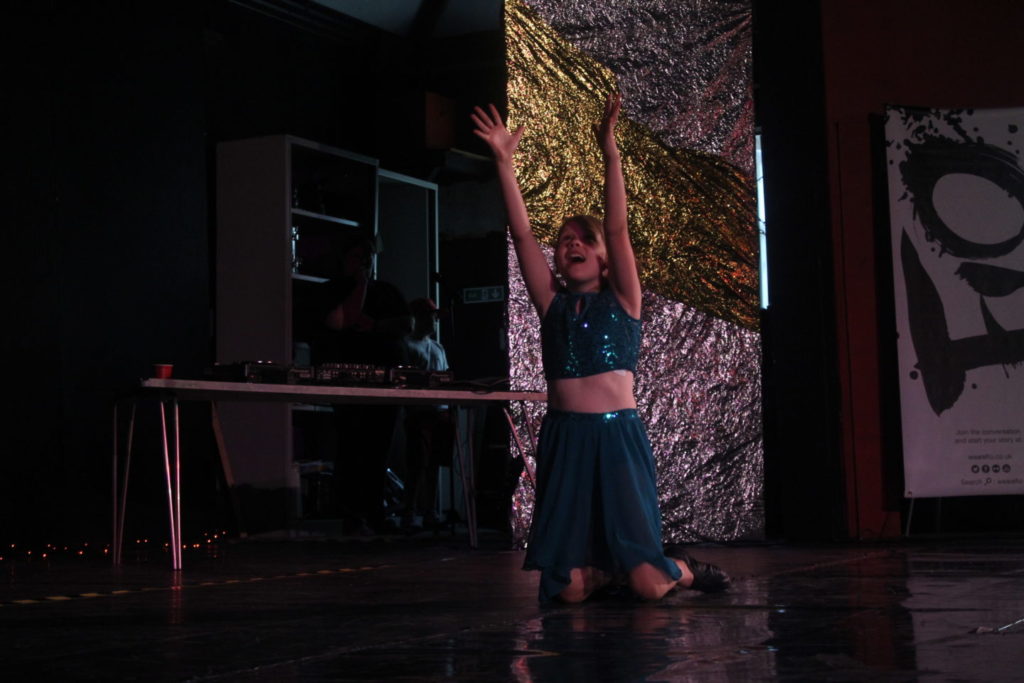 Olivia got through too, with Lukas Graham’s 7 Years. Followed up by Jasmine-Lillie with the Greatest Showman’s Loren Allred hit Never Enough, still a stand-out. Judge Warren pointed out that as the oldest contestant she could take a bit of criticism- but in general there wasn’t much to say other than she should keep working on herself-“Never see yourself as the finished article”- and keep striving for better even when you think you’ve reached your best. This was actually really inspiring for everyone to hear.

Then the boy wonder Ray-Tee was back spitting bars- and dropping some absolute filth. My jaw was on the floor. However it turns out after a grilling from the judges he wasn’t rapping original material this time- it was a Stormzy cover, and didn’t fit him quite as well. 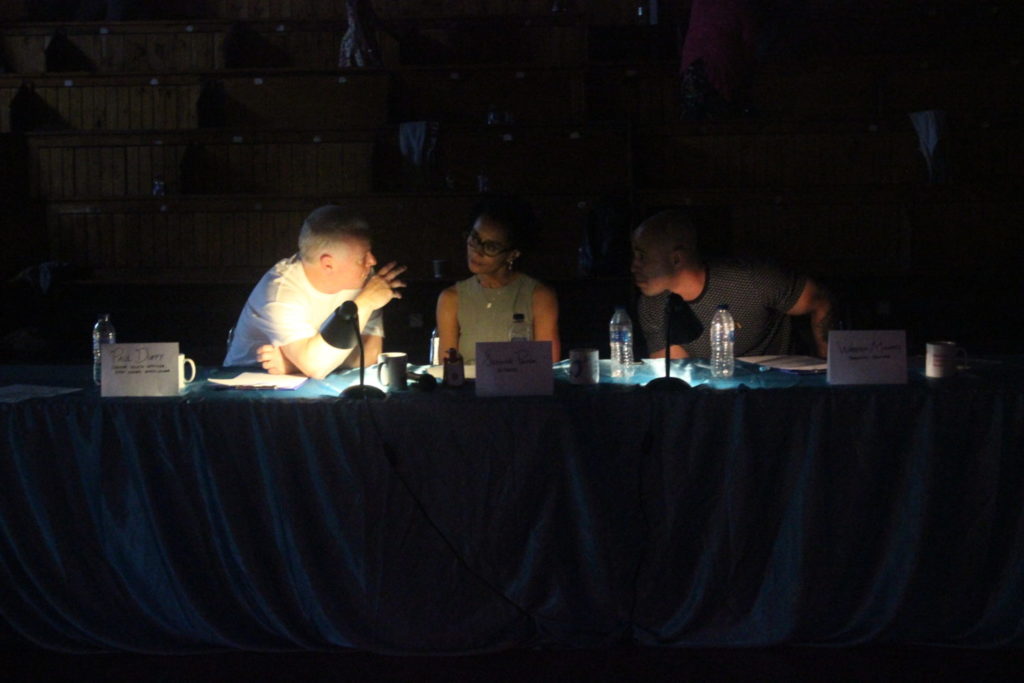 Thankfully Ray-Tee got over that blip and into round 3, where he faced off with Ameleigh, the young dancer in pink. But what’s this? A surprise entry- Rebecca and Cady both danced in matching floral dresses to 7 Years and Drake’s In My Feelings respectively- but I don’t know if either of them had even reached seven themselves. The audience loved it.

Ameleigh‘s last dance was to Nicki Minaj’s Starships (are meant to fly) and blew the judges away. She demonstrated an incredible energy and really gave it her all. 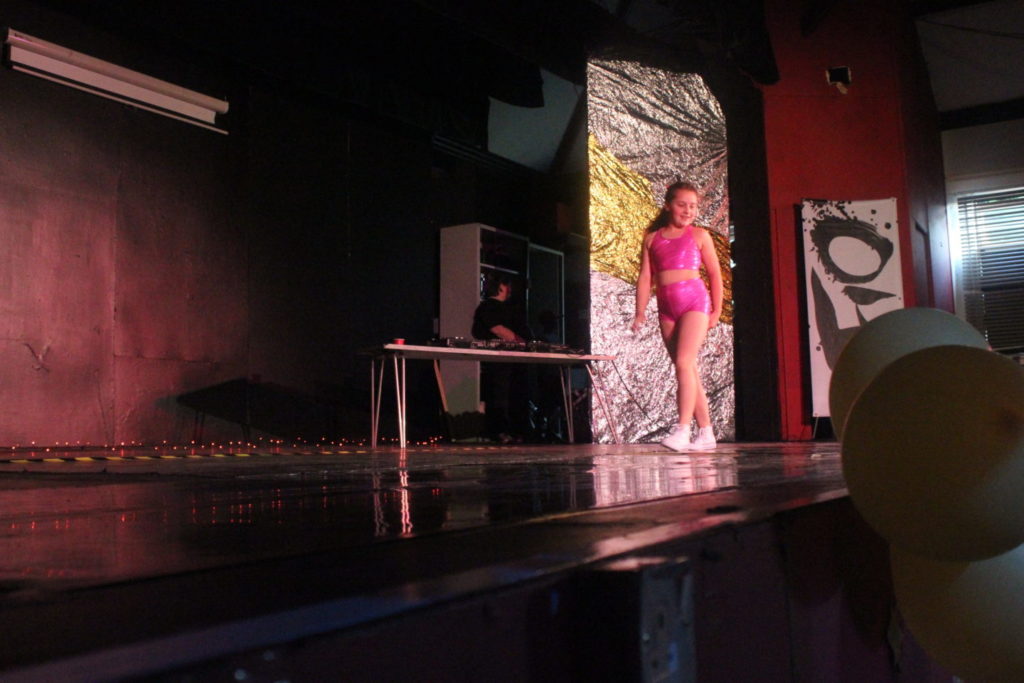 Ameleigh struts her stuff in the final.

However every rapper has to be ready for a face off; Ray-Tee returned fire with another piece of original material. Once again the audience was floored. It was a really tough call for the judges to make with just one point between the two.

But make it they did. Ray-Tee was the winner of the inaugural Fio’s Cardiff’s Got Talent with Ameleigh a close second. In his trademark red cap, Ray thanked Fio and East Moors for having him and Ameleigh extended their thanks to the audience- “thanks for supporting me!” 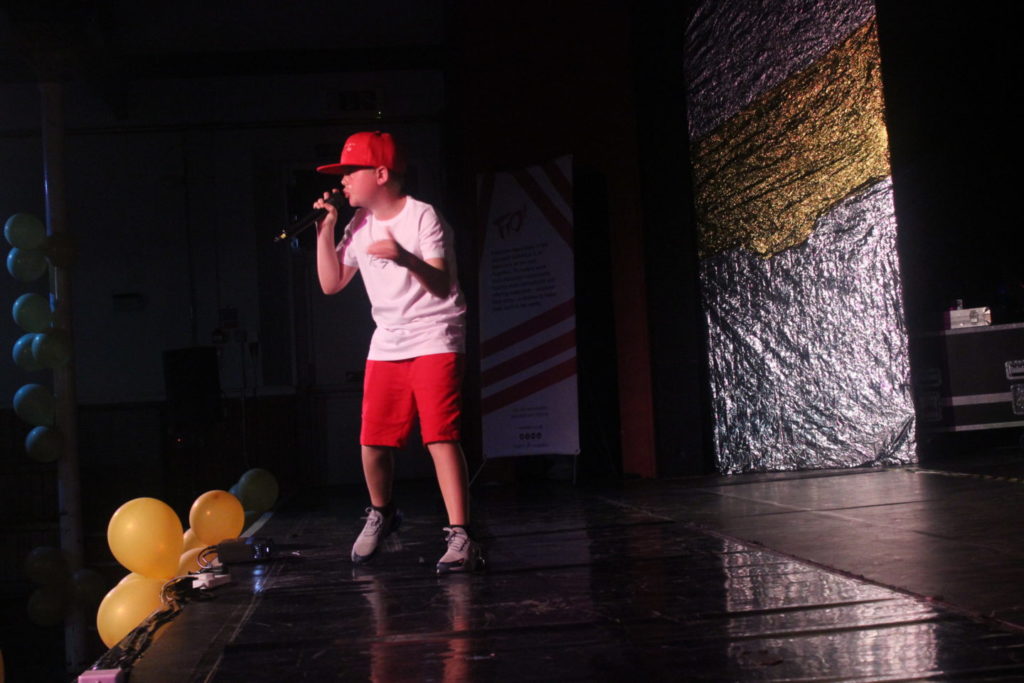 We can’t wait for the next Cardiff’s Got Talent– Fio told us they will have a category for grown ups next time too.

Ray-Tee’s mother Lisa Walker was overjoyed:“All the crew were super friendly and welcoming to us and we enjoyed ourselves. I think its wonderful when organisations put on events aimed at children.”

Debby, mother of Ziyan, thanked Fio:“It was a real joy to be part of it. Fio are a lovely team of people. Can’t tell you how impressed I am.”

All photos from Fio.