Boxing Legend Is Back In Front Of Cardiff Crowd For One Night Only – And It’s This Weekend!

Undefeated boxing legend Joe Calzaghe is back in front of a Cardiff crowd for one night only.

Starting at 8.30pm boxing icon, known as ‘The Pride of Wales’ will share analysis and ancedotes from his astonishing pro career which came to a finale in 2008. Calzaghe had a total of 46 wins, no losses and 32 knock-outs through-out his 15 year career. 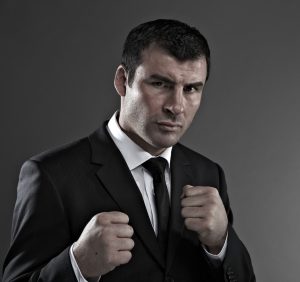 he Welsh former professional boxer will be Darren Everest and Mike Crawchaw of The Overtones. VIP ticket holders will have the chance to ask their own questions.

Calzaghe made his professional debut on October 1st 1993 on the undercard of the Lennox Lewis vs Frank Bruno bout at Cardiff Arms Park. The 21-year-old rookie made short work of 23-fight veteran Paul Hanlon by knocking him out within the first round.

From there, Calzaghe’s rise was meteoric and within four years he had defeated Chris Eubank via unanimous decision to win the vacant WBO Super-Middleweight Title. He also stunned spectators by knocking his formidable foe to the canvas in the opening seconds.

Calzaghe went on to become the longest-reigning Super-Middleweight world champion in history having held the belt for over 10 years and a remarkable 21 successful defences before moving up to Light-Heavyweight. In September 2005, he literally defeated Kenyan boxer Evans Ashira one-handed after breaking his left hand in the third round.

In March 2006, Calzaghe easily overcame bookmakers’ favourite Jeff Lacy before two triumphant homecomings bouts at the Millennium Stadium against Peter Manfredo Jr and Mikkel Kessler the following year. Calzaghe capped an amazing 12 months by being crowned the 2007 BBC Sports Personality of the Year.

On 5 February 2009, Calzaghe announced his retirement and became one of only 11 world champions to hang up their gloves as an undefeated world title-holder. Ricky Hatton labelled him “the best British fighter we’ve ever had”, whilst BoxRec rates him as the best Super-Middleweight of all time.

Between 2006-2008, The Ring ranked him as one of the world’s Top 10 pound-for-pound boxers; reaching a peak standing of third in January 2009. As his Super-Middleweight and Light-Heavyweight reigns overlapped, he retired with the longest continual time as world champion of any active fighter. Calzaghe was deservedly inducted into the International Boxing Hall of Fame in 2014.

An Audience with Joe Calzaghe kicks off at St David’s Hall on Saturday 11th March.

Postcards From The Future: Anest James  

Going Back to University: What’s Different About the Famous Uni Lifestyle?