2018 looks to be a great year for video games, news and announcements and with the release of Monster Energy Supercross, we’re off to a good start!

If you’re a lover of extreme sports, racing and  games that are easy to pick up for a half hour or get lost in for a whole weekend, then this is a game I can highly recommend.

For fans of dirk bike racing games, such as MotoGP and MXGP, this game will be relatively easy to pick up and jump straight in, however, if you’re new to games like this it may prove a little more difficult. One of the major issues I had with this game was the tutorial, or, lack thereof. Whilst a tutorial is included, it is all text based and doesn’t show you how to play the game through actual gameplay like most video games tend to do. Whilst this is definitely a very fun and exciting game, it may take a while to get used to for anyone that’s unfamiliar with games like this. That being said, once you’ve got the hang of it, you won’t want to put your controller down. 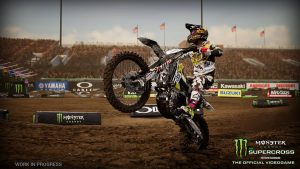 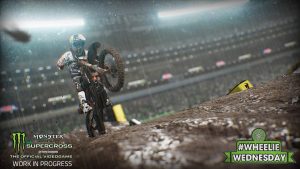 In single player mode, you have the options of Single Event, Time Attack, Career and Championship. If you want to spend time perfecting your control of the bike then Time Attack is the one for you as you are able to select any track and it’s only you and your bike playing each time. There is also the added option of playing online by either playing a quick match or creating your own to play against friends or random players online.

For a racing game, this one allows you a lot of control with the customisation. You’re able to customise your rider and bike in satisfying detail, with the option of over 80 official brands and 300 items to make your rider look and feel how you want them to. You have the ability to not only name them, but pick a nickname, their racing number, nationality, colours and brands. 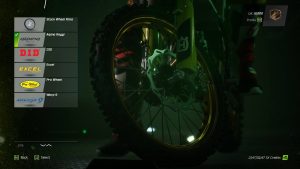 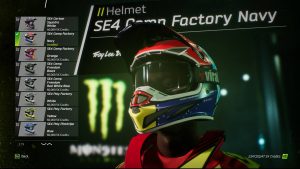 One of my favourite parts of extreme sports games is the ability to create your own levels or tracks and with Monster Energy Supercross, they didn’t disappoint. You’re able to select your choice of stadium, build a replica of your favourite track or try and make the craziest one you can imagine and then ride it and share your creations online with your friends to try out too. There are many options for you to play around with and truly put your mark on a track.

Having had the game for over a week now, it’s safe to say I’ve been playing it a lot and probably won’t be putting down my controller any time soon. With the ability to work your way up to leaderboard and best yourself and your friends, unlock new and exciting bike parts, brands and multiple outfits there is plenty to keep you busy and hooked to the game. 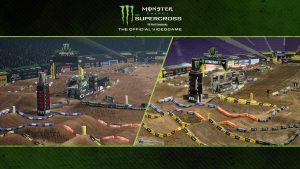 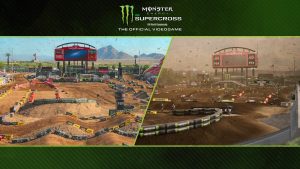 With the season pass now available there are sure to be lots of extreme dlc coming your way soon. Now, what are you waiting for? Grab your controller and settle in for a good game sesh with Monster Energy Supercross – The Official Videogame, out now on Xbox One, Playstation 4, Steam for PC and Nintendo Switch.

Have you played Monster Energy Supercross yet? Are you excited to get your hands on a copy? Let us know in the comments below! Happy gaming!

All images have been taken from Monster Energy Supercross’ Facebook page. As always, a big thanks to Koch Media for supplying a promo code for the game.

How to hang out with your mates virtually