A to Z documentary from mine to OURS!

Have you ever thought that you would like to raise awareness of an issue, which a society faces, and take an action to make a positive change? Yes, I have! My name is Ken Ebihara, an international student studying ‘Youth and Community Work’ course at the School of Education at the Cardiff Metropolitan University. I have collected signatures to bring a change to Welsh society with a petition called ‘Save the Future Generation of Wales’ (SFGW).

While I had been interested in politics to some extent before starting to observe the Plenary meetings regularly, this particular new habitual action facilitated me to be interested in more of the politics in Wales. Since I am an international student, it was occasionally hard for me to understand what the assembly members said. This was ascribed to not only my language inefficiency but also a lack of contextual understanding of the issues we had in Wales and regulations surrounding them. Even though, I feel that I have enjoyed myself and learnt a lot of the circumstances in Wales through observing those meetings. In addition, I have occasionally observed some of the committee meetings, particularly those of ‘Children, Young people and Education’ Committee as it is strongly linked to the area of my interest.

A positive and impressive memory was created on the Saint David’s Day. There was an event to celebrate the 11th  anniversary of the Senedd. Many people including assembly members were attending on that event. Although I was a little bit overwhelmed by the atmosphere, I was happy with being there. After a while from the beginning of the event, I gained an opportunity to talk with two assembly members. I was addressed by a female assembly member and we had a chat. Then, another male assembly member, who belonged to the same political party with her, joined the conversation. He also kindly gave me his business card when they left the event. It was a short time period, though it was a great experience for me since it was the first time to talk with assembly members. 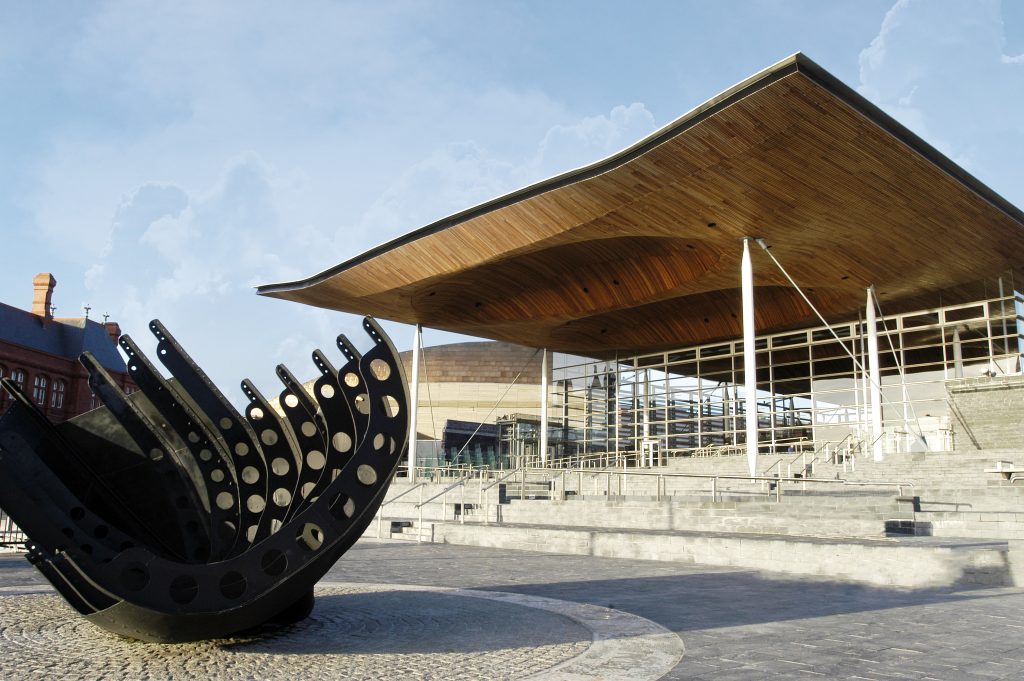 Around this time, I started to bear a vague idea to petition the National Assembly for Wales. I have studied ‘Youth and Community Work’ subject at university and identified an issue, which youth work in Wales currently faces, through having a conversation with a lecturer. At that time, I had already gained some insights into the politics in Wales and recognised the fact that subjects related to education including youth work were devolved to the National Assembly for Wales. Therefore, it was relatively easier for me to decide to petition and approach the issue in a political way. Since then, I began to prepare for petitioning.

There were two main aspects to be covered, to research into the issue more profoundly and familiarising with the rules to petition appropriately. I have read many reports on youth work in Wales and attempted to understand more on the distribution of financial resources. Fortunately, one of the university tutors generously supported me by providing me with some pieces of advice on the research process and potential content of the petition. Furthermore, another staff member from the Student Union also helped me on practical aspects. For example, supporting me to write an enquiry on contents of a report released by the Welsh Government and proofread those enquiry E-mails and the actual content of the petition. These supports were quite important to me as my first language is neither English nor Welsh. I had already been supported by people around me at that time, even though these steps were implemented as preparation for the petition.

Simultaneously, I also researched into regulations for petitions since there were some elements to be satisfied to petition the Assembly. I scrutinised the previous petitions, which had not been successful because of the inadmissibility. This means they were not legitimate to be considered. Additionally, to avoid the duplication of the meaning of the petition, I needed to look into the petitions, which were collecting signatures, waiting to be considered, being discussed in progress, and finished being debated. In this preparation stage, many elements needed to be confirmed to find an effective way to petition. Furthermore, since this petition was my personal affair and nothing to do with the university assignments, I had to juggle this process with assignments tasked by the university and other personal affairs. With this particular reason, it took more than three months for me to determine the wording of the petition before actually collecting signatures from the public.

After taking some official procedures, the petition was eventually opened to the public and started to collect signatures from 23rd June 2017. To allow the petition to be debated on a formal occasion, at least 50 signatures were required to be collected from the members of the public. Incidentally, there were multiple changes in the process to petition the assembly earlier this year. One of the changes is raising the minimum number of the required signatures to 50, while it only required 10 signatures before the regulatory change. This change makes the situation harder for collecting a minimum number of the signatures. On the other hand, it might be seen that a petition satisfying this requirement has a subject, which the public members are truly concerned about. 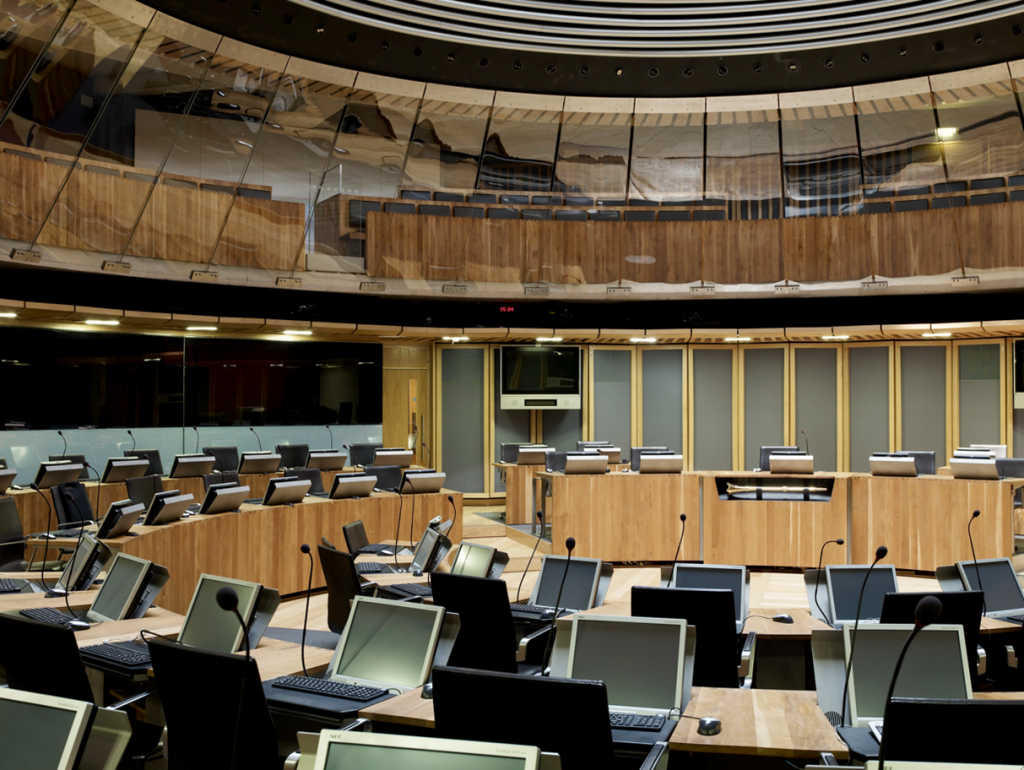 The first action I had taken was signing the petition by myself! It might be a surprising fact that I could still sign the petition, although I did not have rights to vote in the United Kingdom. Then, I promoted information on the petition through sending e-mails. I have contacted some organisations and groups related to young people in Wales, from youth work organisations to political groups which largely formed by young people. Additionally, I opened a Twitter account exclusively for this particular purpose to invite as many people as possible to the petition. Writing an article to promote the petition for this particular website, the Sprout and producing my own business card are adopted as another promotional method.

Before starting collecting them, I had anticipated that this particular phase would be the toughest part out of the whole petition process. Yes, reminding those days, to collect 50 signatures from the public was, frankly speaking, the hardest task for me. The two major barriers, which prevented me from collecting signatures. One was related to the political neutrality and professional concerns.

To reiterate more simply, many of the organisations and individuals related to youth work or young people could not sign or even promote the petition because of concern attributed to their professional ethics as an organisation or a professional. Another factor I have found was a sense of alienation towards a political action or politics itself. To sign a petition could be highly interpreted as something difficult and irrelevant to our daily life, inviting people to the petition and changing the petition from the mine into ours seriously required a huge amount of dedication. Particularly, if you are one of those who promote a petition as an individual. Through undergone a state of inactivity in relation to engagements, I honestly realised that collecting signature required patience and a proactive attitude to promote the petition.

It was, however, fortunate that I got to know a member of the Cardiff People’s Assembly and he suggested me to attend a periodical meeting held at the Cathays Community Centre on 3rd August. Moreover, I was informed that Mr Dominic MacAskill, from the UNISON Cymuru/Wales had planned to attend the meeting. I gained an opportunity to meet the executive and promote the petition unexpectedly.

As a result, I successfully conducted a short presentation on the petition in front of Mr Dominic MacAskill as well as the members of the Cardiff People’s Assembly. I attempted to explain what I was doing as simply and shortly as possible and emphasised the importance of supporting future generation. The attendees of the meeting were listening to me attentively and some of them actually signed the petition! I was very thankful to have this precious opportunity. Around the same time, I have gained another opportunity to communicate a staff member from the UNISON Cumru/Wales over Twitter and he proactively took action to promote the petition over its social media. Thanks to all his efforts, the petition was promoted on its Facebook and Twitter on 30th August, which contributed greatly to form the collective voices!

With all supports contributed by people who care about the future generation of Wales, the number of the signatures has eventually reached 50 in evening on 19th September! This means that the petition will be considered formally by the petitions committee. We have successfully proven that members of our society are concerned our future generation and actually taken actions so as for young people in Wales to improve themselves and reach their potential!

Another perspective to be notable is the fact that I am an international student, who does not have rights to vote at any levels of politics in the UK. Through enabling the petition to be debatable, I have influenced the political decision-making process legally with the collective voices gathered from the Welsh public! Since it is rare for an international student to engage in a political activity, this might be a significant milestone for democracy in Wales! I am genuinely thankful that I could take this precious opportunity to participate in politics in Wales.

An even called ‘petition handover’ has just been held on 28th November. I gained an opportunity to meet the chair of the petitions committee, David John Rowlands AM. I discussed the matter we are concerned about with him and have fulfilled my role as the principal petitioner through passing our collective voices. I also emphasised the fact that many people in our society believe young people, the future generation of Wales, should be cared greatly and empowered to reach their potential through the petition being considered.

Obviously, the petition has already been closed and it will be discussed officially. Although, we can still get involved in the consideration process. What we can do now is keeping eyes on the consideration process through observing the meetings! The petition will be considered for the first time on 5th December by the Petitions Committee. If you do not live in the distance to visit the Senedd, no worries, as the Senedd TV allows you to observe the meetings online. In addition, the transcripts of the meeting are also available. If you are adventurous enough, then to observe meetings from the public gallery, where the place actually very close to the assembly members, might be spectacular! Through observing debates in from of you, you might find an issue, which you would like to raise awareness of and eventually, take an action to make a positive change similar to what I have achieved!

Why have Boris Johnson and David Davis resigned?

#YourShout: Ask Cardiff Survey: Have Your Say on Your City!