Cardiff Animation Festival To Launch In 2018 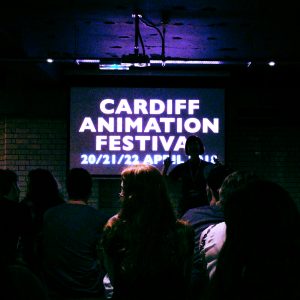 To give audiences a taste of what Cardiff Animation Festival will have in store, the Cardiff Animation Nights team are bringings to special events to Chapter this summer.
The Lotte Reiniger Special will be at Chapter on Saturday 24th of June and will include three stand-alone events: an enchanting selection of Reiniger’s short films reimagining classic fairytales in mesmerising silhouette animation; a free interactive shadow puppetry workshop run by Small World Theatre; and finally a screening of the oldest surviving animated feature film, Lotte Reiniger’s Prince Achmed, with a new original live score by musician Chris Davies.
Late Night Work Club special will come to Chapter on the 22nd of July. International independent animation collective Late Night Work Club released their second collaborative anthology of animated short films, Strangers, late last year. Contributions include Nicolas Menard’s SXSW award-winning ‘Wednesday with Goddard’ and Kirsten Lepore’s viral hit ‘Hi Stranger’. The event will give audiences the chance to see the animated anthologies on the big screen, and will include a masterclass with Late Night Work Club members about online collaboration and how to survive and thrive as an independent animator. The event will celebrate collaboration, with attendees invited to bring along their own personal projects, and get involved in a collaborative animation produced on the day.
Tickets are on sale here.

Confessions Of A Proofreader