At the recent one-year anniversary of the NextBike Cardiff hire bike scheme, I spoke to Mymuna Solemen, founder of the Muslims on Bikes club.

Muslim women face a number of issues when looking for activities they can get involved in. For one, it has to be a female-only environment, and also, they wish to remain in traditional dress when doing any outdoor activities (because there are men around). When Mymuna found that NextBikes, Cardiff’s popular hire bike scheme, have display panels attached to the back wheels, she realized this meant that her long garments (proper Arabic name: jilbaab) wouldn’t get trapped in chains or spokes and started riding NextBikes regularly.

With a background in the health sector, Mymuna wanted to get other BME women from her community in Butetown out on bikes too, so she started Muslims on Bikes. Now as many as 40 women get out on the bikes every week in their weekly rides around Cardiff Bay and the Barrage.

“Other people, especially white people, are so shocked to see us out on the bikes. It’s like they think we’ve become liberated or something,” she told me. “They all want to take photos…”

It’s an age-old narrative: the famous American feminist Susan B. Anthony said cycling “has done more to emancipate women than anything else in the world.” But Mymuna makes no such grand gestures. She just wanted to create a fun activity that anyone in her community could get involved with. She had tried setting up an excersise class with bikes from Pedal Power in the past, but it was indoors, and not up to much cop. With the arrival of the NextBike scheme in Cardiff, she saw a golden opportunity. 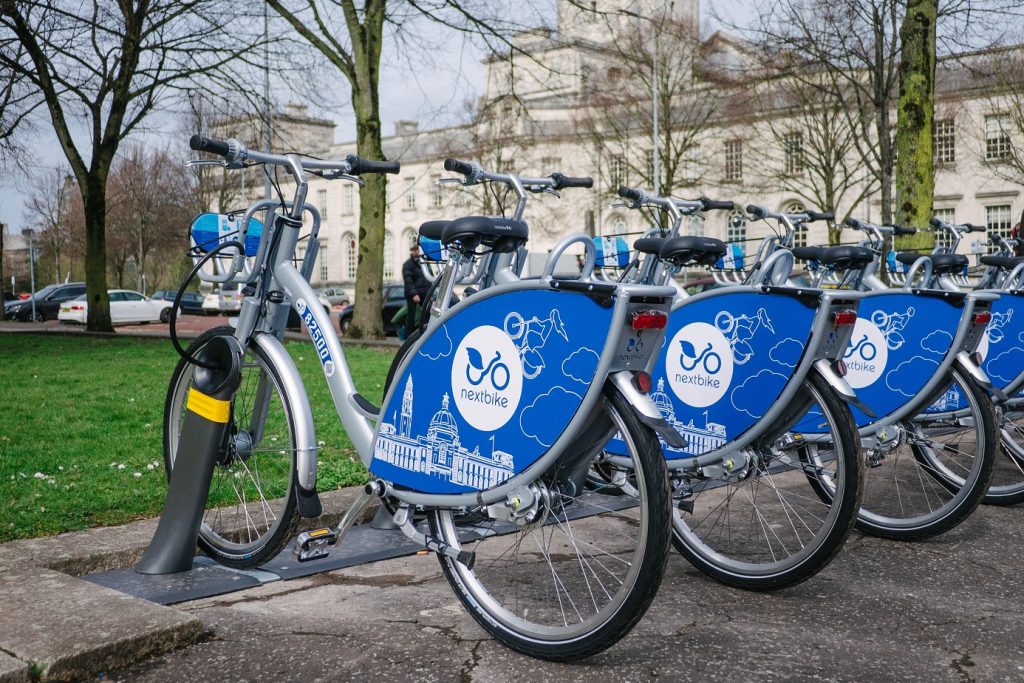 The faceplates on NextBikes proved to be useful for Mymuna’s purposes.

Even women who wear the face veil have been getting involved. That one really surprises onlookers. We always joke that despite the common nickname for hire bikes as Boris Bikes, “Boris would hate this!” in reference to the comment politician Boris Johnson made last year that women wearing face veils “look like letter boxes.”

Mymuna and her friends don’t just ride for fun. “I don’t ever take the bus anymore,” she says- “why would I; we have four NextBike stations on the doorstep in Butetown.” The bikes’ baskets are a godsend when riding to Lidl or Asda for groceries. There is one exception for which she concedes the women don’t get on their bikes: when it rains, coats and traditional Muslim dress don’t go well together, so the NextBikes are left out to dry.

The next challenge? Expanding the ride into Penarth. “I thought about getting up that hill,” said Mymuna, “but like two metres in I stopped and decided I was probably going to do myself an injury here!” But never fear- they’ll get up it one day soon.