“Spookiness is, after all, the real purpose of the ghost story. It should give you the creeps and disturb your thoughts.”

These are just some of the words that Dahl uses in his introduction to this chillingly spooky collection of ghost stories, edited by Dahl and published in 1983. Again, let me make clear before we go any further that these are not ghost stories that Dahl wrote.

Indeed, throughout his remarkable lifetime, in a career that included stories of grotesque macabre and wonderful childish fantasies, the one regret that Dahl had was that he could never manage to write a good enough ghost story. Not that he didn’t try. 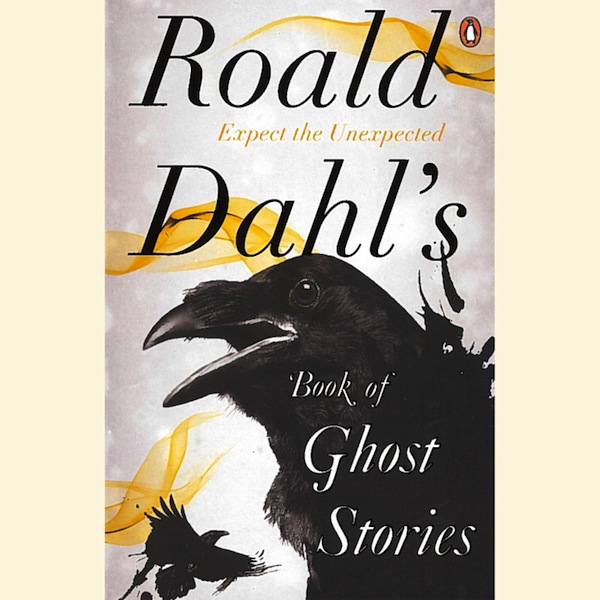 In his introduction to this collection, Dahl relates how he had endeavoured to make his short story, The Landlady into a ghost story, but later admitting that he could never quite manage to get the right handle on it. No matter though, The Landlady is a terrifying enough story without needing a supernatural element thrown into it as well.

This remarkable selection of ghost stories was made by Dahl for a supernatural anthology series in America during the 1950’s, which never got off the ground, called Ghost-Time. The original intention of the show, in Dahl’s own words, was for it to be “a series of chilling ghost stories flashed on to television screens, coast-to-coast in the winter evenings when it was pitch dark outside and give the entire nation the creeps.”

“No one would dare to go to bed and turn out the light afterwards.”

And so it was with thoughts of nice old ladies being found dead with shock on the morning after that Dahl threw himself into the task of selecting 24 good ghost stories, a task which no doubt appealed to the connoisseur side of him. But, it was to his shock and surprise that of the 749 stories that he did end up reading, only 35 managed to make a good impression upon him.

Of these original 35, 14 were published together here in this collection that Dahl edited in 1983. But, you’ll find none of the classic names associated with ghost stories present, like M. R. James or H. P. Lovecraft. Neither will you find an abundance of horror, gore or terror for that matter.

For these are ghost stories designed, in almost classic Dahl fashion, to disturb our thoughts and our dreams rather than terrify us out of our wits. The names include writers not usually associated with the genre, like L. P. Hartley or Norwegian writer, Jones Lie, but does also include some notable giants of the genre, like J. Sheridan Le Fanu or Robert Aickman.

Of the stories collected here, there is much to be said for them. They do not fit into the usual norm of ghost stories in that many of them do not conclude with some terrible tragedy with the narrator being hunted down and pursued mercilessly like they are in M. R. James’ tales, or lost to the inhuman and god-like terrors that inhabit the worlds of H. P. Lovecraft.

Indeed, many of the stories, whilst maintaining some supernatural air, are quite atypical of some classic ghost stories in that, more often than not, the mysterious supernatural presence is never fully explained or, in some cases, isn’t even fully acknowledged by the characters or narrators. More often than not, they are merely suggested with no explanation ever coming into it.

“Reading through this chilling collection, every single sound in every part of your house will be suspect”

But, each of these stories do contain their own unique moments of terror, which are cleverly built up as the stories progress. Like L. P. Hartley’s W. S., where a writer discovers that one of his characters has come to life to exact revenge upon him for making him so hateful in the first place. Or E. F. Benson’s In the Tube, where the narrator is constantly warned by his companion of approaching dangers if he remains for all of his terrifying tale.

But, of all the stories in the collection, the most distinguishably terrifying is F. Marion Crawford’s The Upper Berth, a sea-faring tale concerning a passenger on board a ship crossing the Atlantic and his fear of the mysterious cabin of 105 and the terrifying presence that manifests itself in the berth directly above him.

I will speak not another word about the contents of these stories but will instead leave you to contemplate them by yourself. But, with one word of advice when you do. Make sure that the lights are on and that you are not alone.

For if you are alone when you begin the task, as I did of reading through this chilling collection, every single sound in every part of your house will be suspect and have you looking over your shoulder just as the master of macabre would have wanted you to.

Want to become a reviewer or reporter? Join the Sprout Editorial Group on Facebook or email tom@thesprout.co.uk.