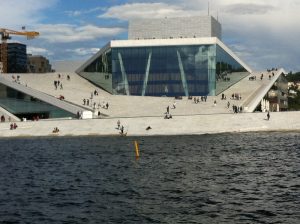 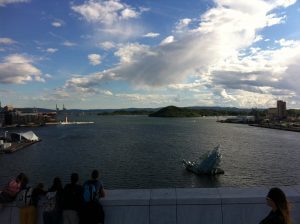 This incredible building is the Oslo Opera House home to the Norwegian National Opera and Ballet. Built and completed in 2007, the building was designed by Norwegian and international company Snøhetta who are a renowned company worldwide that had built numerous artistic building in France, the United States and many more. The building was built by Italian architects using a white Italian carrara marble and the interior design like the stainless steel and the panel was designed by Monica  Bonvicini.

In terms of recognition, the opera house was awarded the World Architecture Festival Cultural Award in 2008 and the Mies van der Rohe award in 2009

The building is supposed to symbolise a glacier floating on the waters off Oslo. For tourists, you walk on the ramp that connects all the way up to the roof and you can see a spectacular view of the nearby islands the rest of the city. According to recommendations from locals, it is the most spectacular in the evening where the lights illuminate like a glowing ice glacier. 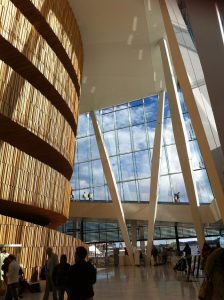 In the interior, the lobby is dominated by a high wave wall built from golden oak and marble and there is a staircase that climbs around the main theatre space. The windows itself is 15 metres high that surrounds the entire the building.

The opera house represents modernity and heritage for Norway and it is definitely one of this places you got to visit if you get the chance. 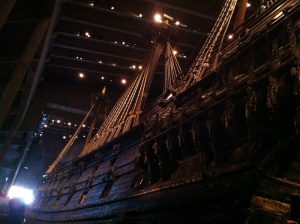 The Vasa Museum in Stockholm is an extraordinary place. It holds the only fully preserved 16th Century ship of its kind called the Vasa. The Vasa was the flagship of the legendary Swedish King Gustavus Adolphus that was capsized and sank in 1628 just after her first commission. Like the Mary Rose, the Vasa held too many guns and it was unbalanced to its weight and it consequently capsized.

The museum holds the entire ships and I got to admit it is huge. The museum also contains original artefacts from the ship, activities you can participate to learn about the history and a gift shop to buy souvenirs and merchandise for friends and family.

It is a spectacular ship to see and the only one of its kind. So if you are visiting Stockholm, this museum is one of the main highlights in this beautiful city. 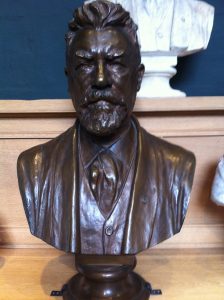 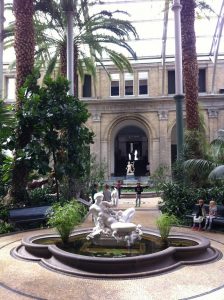 When I first arrived in Copenhagen, I really didn’t know what I wanted to visit in 24 hours. Before I left to Hamburg, I decided to visit the Carlsberg Museum thinking it was going to be a brewery. And how wrong I was. Ny Carlsberg Glyptotek is an art museum home to the private collection of Carl Jacobson, the son of the founder of the Carlsberg beer. Like the Lord Elgin, he collected statues and other precious artifacts from the Egyptian, Greek and Roman civilizations and brought from back to Copenhagen to preserve them in this museum. He even collected masterpieces of French Renaissance art and at the moment you see contemporary pieces from Picasso and Monet in the museum.

Personally, this museum is a better attraction the “Little Mermaid” because there is so much to see and it will blow your mind in amazement. 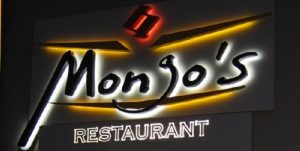 When I went to Cologne (Koln), this ancient city has recently become very modern city because the majority of the old town was destroyed during WW2 by the British and the Americans. There is still the iconic cathedral that is amazing too see, but the city council have spent a lot of money putting on the building since it is very black and polluted.

But there is a restaurant in the city which is a 20 minute walk from the main train station and across the Rhine river called “Mongo’s Restaurant”. It is a restaurant that specializes in Mongolian cuisine and on its menu it offers exotic dishes of meat such as Ostrich, Zebra, Kangaroo, Camel, Crocodile, flamingo and many more. All the meat is collected through farms where they breed these animals so none of them are from protected areas or from endangered species.

For me it was a whole new experience, it works as a buffet where you choose what you want and then you take it to the till and the chef cooks it for you and it is that simple. It is reasonably cheap, the food is really filling and you eat very well. The Mongo’s restaurants are only in Germany in the cities of Cologne, Dusseldorf, Essen, Hamburg etc. They don’t have them in the UK, but it is an experience you will never forget. 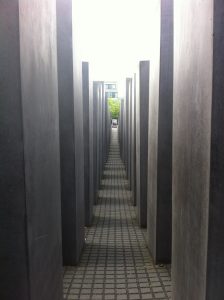 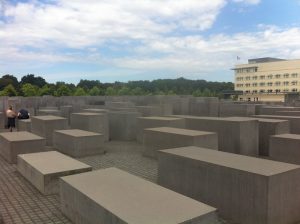 Berlin the capital of Germany is an extraordinary city. Through its rich and turbulent history it has some amazing sites, but nothing as striking as the Holocaust memorial which is incredible in terms of design, but also very morbid in the reflection on the history. The memorial was designed by architect Peter Eisenman and it is supposed to represent the unknown identity of the Jewish Race and other groups who have been murdered by the Nazi Regime.

The site covers about 2711 concrete slabs across a 4.7 acre site. On the edges, it starts as a low base, but the deeper you go in the slabs become bigger and broader and the sensation is like getting lost in a maze. It is situated one block south of the Brandenburg Gate and it is opposite the US Embassy.

It is a very impressive piece of architecture and there are free tours available if you wish to learn more about the Holocaust and the history of the concentration camps. 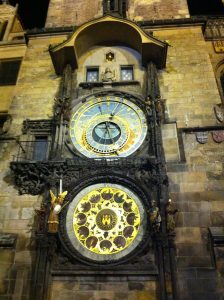 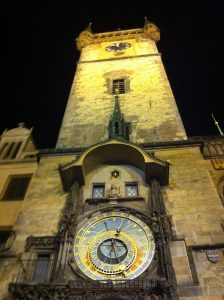 The Prague astronomical clock is an ingenuous piece of work. Built in 1410 by the clock worker clockmaker Mikuláš of Kadaň. It is the third oldest astronomical clock in the world and the oldest one still operating. It is situated in the city centre of Prague.

This clock has three major components, the first is the astronomical dial representing the position of the moon and the sun. Then there is the figures of the Apostles where every hour, the little figures like Death (the skeleton) and greed. Then finally is the calendar dial with medallions representing the 12 months.

Through  its 616 years, it has been broken many times and also repaired many times, but according heritage experts and my own opinion it’s is one of the most undramatic clocks ever created. Thousands of tourist do come to watch the display when it reaches the hour and the performance is disappointing and non- theatrical. But on the positive note, it is an extraordinary invention and the only one of its kind. For the sake of astronomy and science this clock had revolutionized 15th century and we still look in admiration of its design. 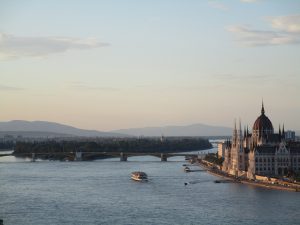 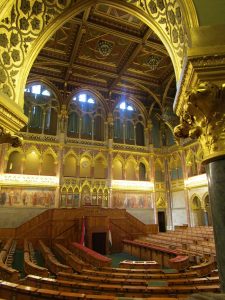 The Parliament building in Budapest is the home of the Hungarian government. Completed in 1904, it is modeled on the parliament building of Westminster in London and inside it holds Hungary’s precious relics. The holy crown of the kingdom of Hungary which is guarded by two elite crown guards with sabres in their hands. It is guarded for 24/7 and as an obligation if anyone approaches within the radius of the royal crown, the guards are under oath to protect with their lives which means they are ordered to kill anyone who has intention of touching it. So remember people to keep your distance and respect the rules because you don’t want to cross these people. 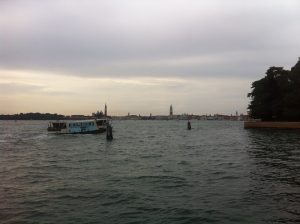 Venice is a very special city in its own right. Built on a lagoon, it is nicknamed “The floating city” because the city is built on small islands and the people get around only by boats. Venice is only city in Europe that has no cars or any road transportation because only way to get through the city is by walking or by a boat. If you are visiting Venice for a few days, there is a boat taxi called the “Vaporetto” that can get you around all the islands and the main tourist sites like San Marco. The system works like taking a bus, you can buy a ticket pass at the train station, validate it on the machines and you go to your stop and board the boat.

However never but in the city of Venice has rush hour on water! Basically in the early mornings and the mid-afternoon’s, there are thousands of these vaporetto’s in the canal and it becomes absolute chaos. It can take a few hours to get to one destination to another and there is a police boat force that coordinates these vaporettos. Traffic control on water who will believe that?!

It is a great experience travelling in these vaporettos and it is one of the pleasures you can enjoy Venice. 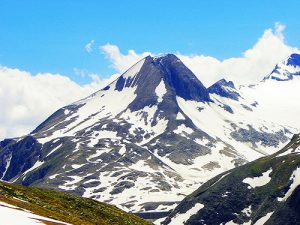 The Lötschberg railway line is one of longest and deepest tunnel routes in the world. The route goes from Milan in north Italy, through the Swiss Alps, all the way to Bern and Valais. On the journey, you will experience spectacular views of the Alps, looking at valleys, mountains, waterfalls and remote villages in the high terrain. It is an extraordinary piece of engineering. If you want to cross into Switzerland in style then the best recommendation will be taking the Lotschberg railway line.

Got something to say?

Want to reach thousands of young Cardiffians with your story? Submit your news here or register to become a contributor.