Review: We are Ian at the Other Room

Are you feeling down? Going to see the new production We are Ian from In Bed with my Brother is guaranteed to make your day brighter.

Audience members were treated to a party. Literally. Before the show even started, attendees were greeted with psychedelic imagery and rave music. Apt, considering the play is a recounting of tales from the rave movement, the rise of it and its demise. 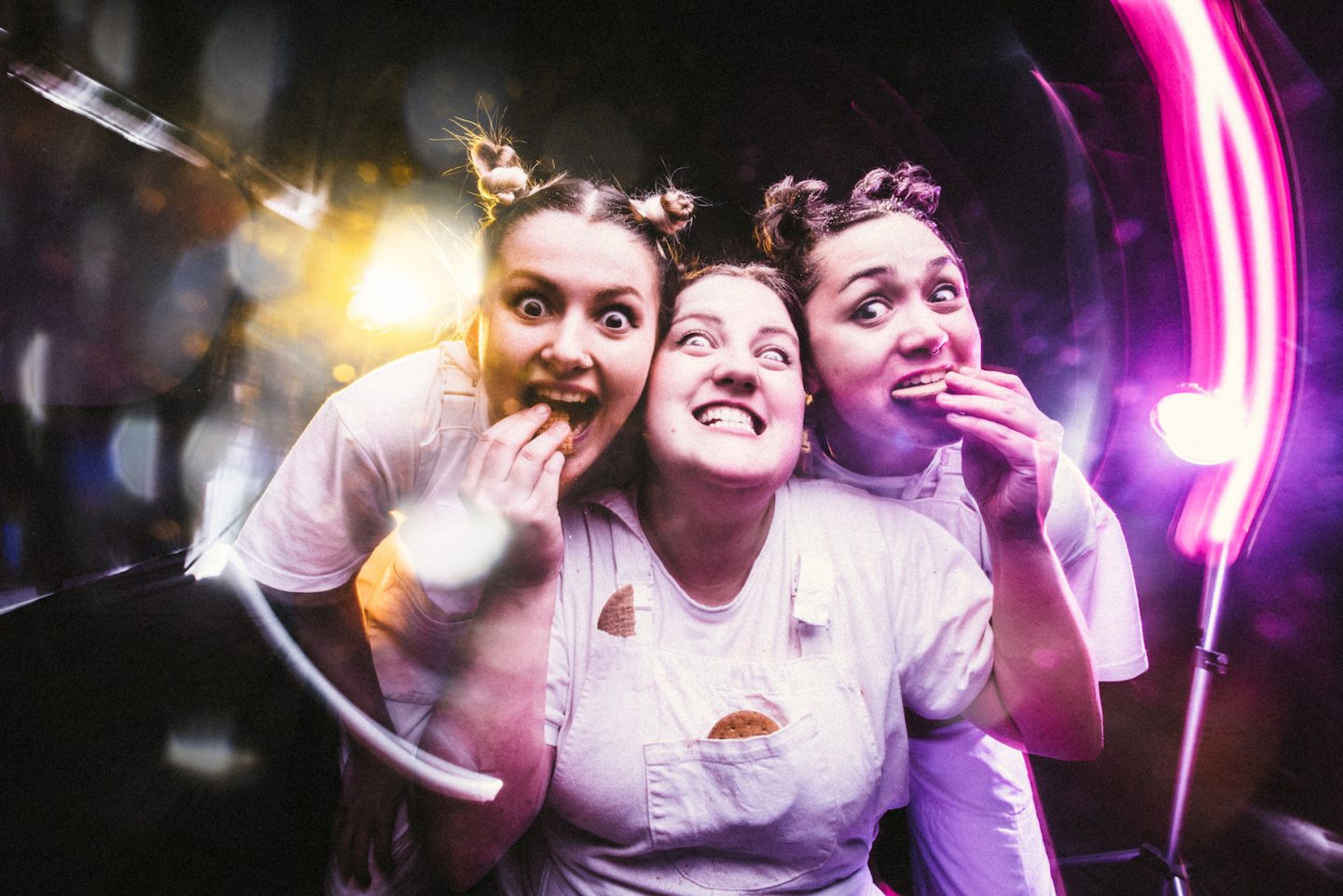 The stars have a novel interpretation of disco biscuits.

There is no physical Ian. He is, if there were one, a narrator. The physical form of the narrator is a lightbulb, at which the cast gaze in awe at.

As a 47-year-old Ian recollects his rave days, a new dance routine ensues with a different feel to it each time. From start to end, the three performers (Kat Cory, Dora Lynn and Nora Alexander) have everyone in fits of laughter. Somehow, amidst the dancing, the cast get through several packets of digestive biscuits (the crowd helps, too).

We are Ian, though being hilarious, also has a serious side. Juxtaposed with the dancing, the rave music and flashing lights, is a series of images. These images paint a picture of what Britain was like in the eighties for the working class, and bleak conditions that led to the rave movement as an escape. Despite this emancipation through rave, it was perceived as a moral panic by Margaret Thatcher and her government, who introduced the Criminal Justice Act, meaning attending an event with ‘repetitive beats’ was a punishable offence.

As well as this voyage to the past, there are images of the present, of Theresa May and her cabinet, of austerity, Donald Trump and Brexit negotiations, insinuating that perhaps Britain is entering a period like that of the ‘80s. Does this mean the return of rave? For three nights in a theatre, in a pub, it does.

We Are Ian ran last week at Porter’s Cardiff. Much like the rave generation, you might have missed it.

Need more information about drugs? The Sprout has you covered…

Aunty Sprout: Burdening People With My Depression and Anxiety