Why Was The Inbetweeners’ Reunion So, So Wrong?

On New Year’s Day, thousands of fans of The Inbetweeners settled down to watch the much-awaited ten year anniversary reunion episode of the programme.

Entitled Fwends Reunited, some of us who hadn’t done our research expected to be treated to a brand new full episode of the sitcom (a picture of the infamous yellow car had been floating round Twitter over Christmas which got our imaginations going). But as the programme began it soon became clear that this would be a wholly different affair. Hosted by Jimmy Carr, this reunion was more of a ‘best of’ chat show, with the main cast reminiscing over their time performing the characters of Jay, Neil, Simon and Will.

With Jimmy Carr in his usual presenting mode, the show quickly began to feel as empty as a recent instalment of The Big Fat Quiz of the Year: frequent polite laughter while nobody actually looked like they particularly wanted to be there. At one point, the cast talk about that time they had zipped Joe Thomas (Simon) into a suitcase on set and wheeled him around in it. Surely it’s one of those ‘you had to be there’ moments, so we might try to give them the benefit of the doubt. But when the actors are made to re-enact this boring stunt (after James’ much more interesting anecdote about life on set was entirely cut short), it becomes clear that this is just as tedious in real time.

The reunion show quite obviously didn’t do The Inbetweeners justice, but that is certainly not to suggest that any of the original cast were to blame. It does seem that the core cast had little input with regard to the production of this reunion show, with James Buckley being quick to apologise to fans on Twitter about the whole affair.

Feeling pretty hated right now. Im sorry to anyone who feels let down with last nights show. Im especially upset as it really is the fans that made the inbetweeners a success, it certainly wasnt me. I might do an explanation video on my YT, or might just leave it & move on #sorry

The format was the main issue, as it simply reduced the programme to banal anecdotes and jovial back slapping. But let’s not let this latest cash-in detract from the hilarity of the group’s previous television series and films. In greater spirits, then, here’s a brief look back on what was so great about The Inbetweeners that the reunion show missed.

“The sitcom that defined a generation”

The Inbetweeners is a sitcom that could be said to have defined a generation. It captured the essence of real-life teenage boys’ lives like no other TV sitcom had done before, tackling issues such as relationships, sex and peer group rivalries, as well as the pressure of school, exams and future careers, and that feeling many of us had as teenagers that we just didn’t want to have to grow up. 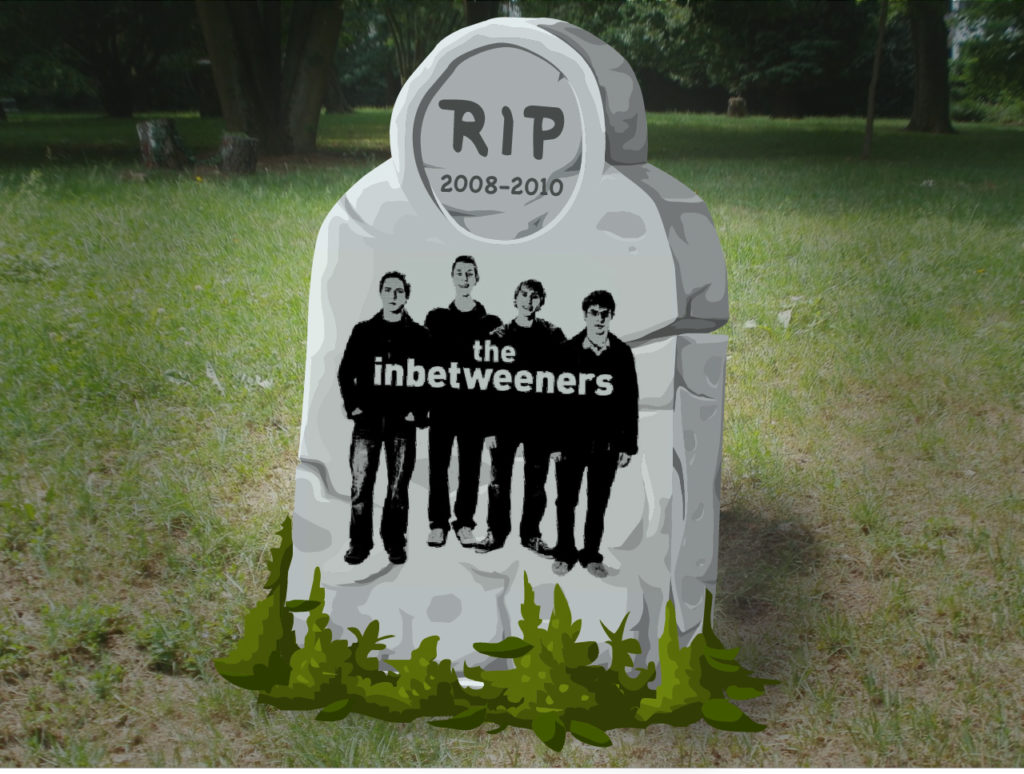 The show was built on a solid foundation of four distinct, well-developed and realistic characters. Each member of the group brings something different to the direction of the narrative and the subject of the dialogue, from Will’s concerns about Mr Gilbert marrying his mother to Jay getting caught getting frisky with a packet of ham.

“The characters themselves are not ludicrous comedy tropes”

The boys often behave in ridiculous ways, but the characters themselves are not ludicrous comedy tropes, nor are they cartoonish or caricature-like. They are normal, realistic young men, who no doubt thousands of teenage boys watching could relate to in some way. The group were constantly getting themselves into ridiculous situations that were generally their own fault, which lead to an abundance of ludicrous moments and unforgettable catchphrases. From ‘fwends’ to ‘briefcase wanker’, these are phrases that everyone associates with the boisterous group, and are still called back to today.

It is blatantly obvious that The Inbetweeners was a show that really brought their fans together as one. So, despite the reunion show being a major disappointment to many of us fans of The Inbetweeners, at least it served as a reminder of what a great show it was, and has enabled us to take this momentary trip down memory lane to commemorate it. If you’re feeling brave and fancy catching up on the reunion show, it is still available to watch on All4.

Marie Kondo-ing My Life Away