Table for One : The Big lunch

How many of you eat meals with your family? How many eat meals alone?

It seems like a relatively routine practice to eat with other people, but a new study commissioned by the UK charity The Big Lunch has revealed that nearly half of all the meals eaten in the UK were done so alone. It also revealed that a third of those studied can go a whole week without eating a meal with someone else. More than two thirds of these have also never shared a meal with a neighbour.

The Big Lunch was an idea that stemmed from the Eden Project and that received National Lottery funding. The aim of the charity is to get as many people across the UK to have a lunch with their neighbours once annually in June. They want to do this as a simple act of community, friendship and fun. 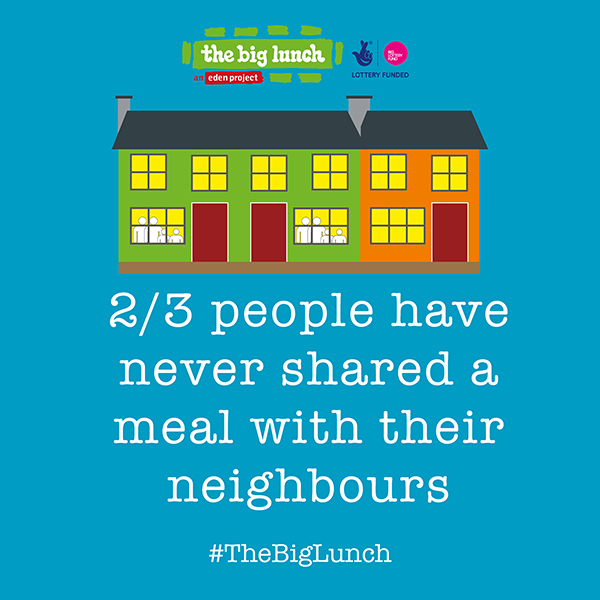 The charity was founded in 2009 and since then thousands of Big Lunches have taken place in many different communities.

In 2015, 7.29 million people took to the streets, gardens and community spaces in their local areas for the seventh annual big lunch.

The study focused on people at home and in the workplace. It found that more than half of all the workers questioned said that they rarely ate lunch with their colleagues and said that the main reasons for this was a large workload. The average weekday lunch is eaten in just 12 minutes, leaving little time for socialising.

Eating together seems like something that many of us do as standard, but it has hidden benefits. Indeed, Peter Stewart of The Big Lunch commented: “The study shows that sharing food helps feelings of closeness and friendship.”

Professor Robin Dunbar of Oxford University has also teamed up with the charity and said: “The act of eating together triggers the endorphin system in the brain, and endorphins play an important role in social bonding in humans. Taking the time to sit down together over a meal helps create social networks that in turn have profound effects on our physical and mental health, our happiness and wellbeing, and even our sense of purpose in life.”

It is clear through this study that eating in a social group is rife with benefits. So the question we need to ask is why are we not doing it more?

The Big Lunch will be hosting another event this year on Sunday 12th of June. If you don’t eat together why not go along and reap the benefits. Even if you do eat with others, go along as well!

Eating together is clearly important, so why not do it more often? Even if it’s just one night a week, or even a fortnight why not try it? You’ll benefit from it more than you know!

What the South Wales Metro means for young people