It can be difficult to make waves in extreme sports when you’re a woman. In a traditionally male-dominated arena female athletes are, more often than not, objectified and pushed to the sidelines while male athletes take centre stage. 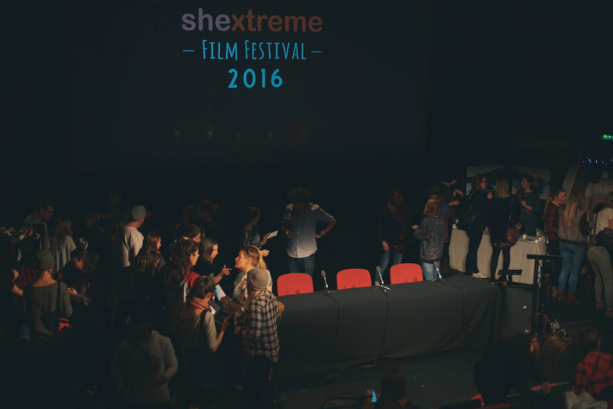 Being a filmmaker and surfer myself, I was very excited about attending the world’s only film festival celebrating women in extreme and adventurous sports. So my good friend and I traveled to Bristol to be part of this special occasion.

We were met with a lively atmosphere as soon as we entered the room. It was chock-full of things to draw the eye and ear: live surf art created by Amsterdam based artist Chanti Mai, and a DJ was in full swing. 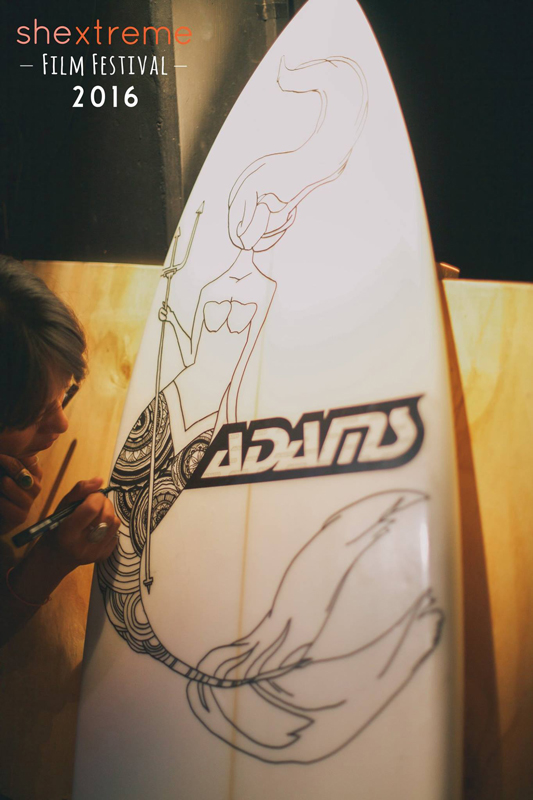 There were also a few stands occupied by local Bristol artists, creatives and independent start-ups such as Snooks, the first British snowboard and ski outerwear brand dedicated to women; and Albus & Flora, who specialise in modern active skincare. It was a vibrant start to the night! 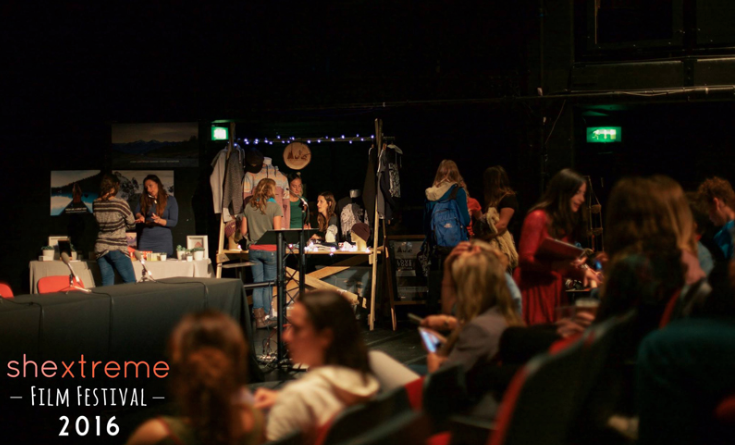 I really liked the Mute Collective (especially its logo, which was printed on awesome stickers as part of a goody bag). I also spent a few pounds to support Mayfly, investing some of their innovative stickers that can be used to digitally enhance journals and other stuff, by attaching photos and making sound recordings to the stickers. (A bit like a QR code.) 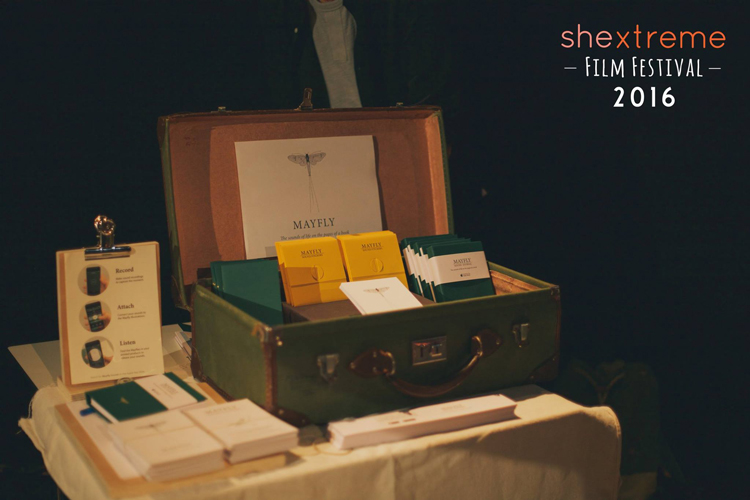 With my goody bag in tow, I was all set to start! Festival director, Dr. Ruth Farrar was ready to introduce the night. There was a total of 5 films. 4 of them UK Premiere, split into two parts: 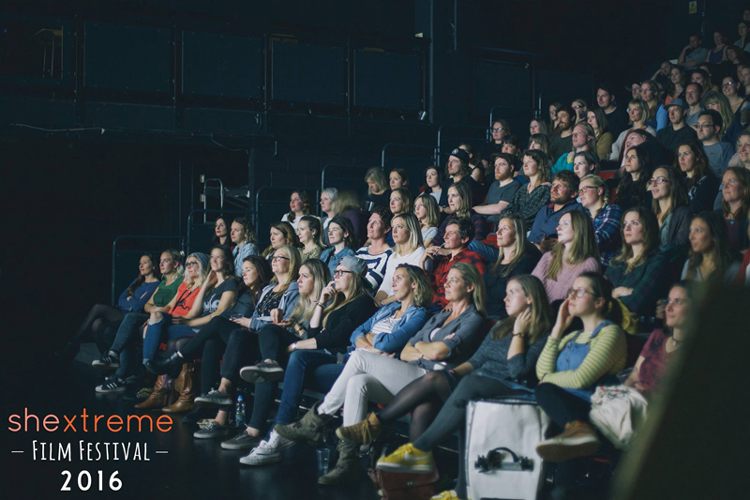 A panel discussion was included between the screenings, lead by three of the most brave and inspiring women I’ve seen in a while. These included: 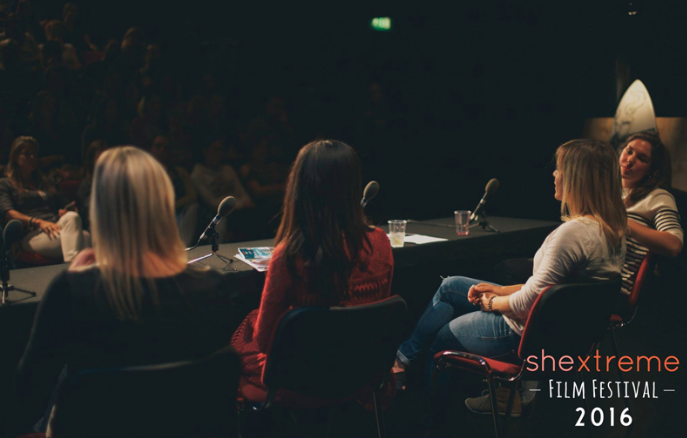 Presenter Ruth Farrar asked questions, and invited the audience to do the same. Some of the best responses of the night were when they answered the questions with brutally (and funnily) honest stories. Like when Sian confessed to cry in an airport toilet before boarding a flight to her next great adventure. (Or when Squash Falconer fibbed to two separate sponsors to get them on board — and got away with it…!) 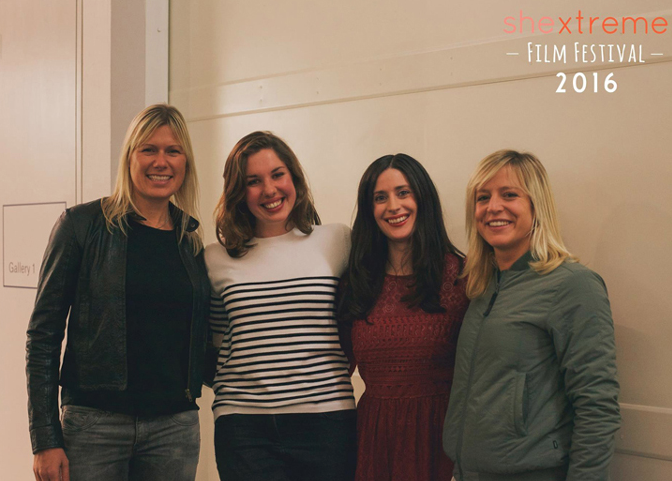 It’s hard to choose between so many great films, but I’d like to give an special attention to The Space Outside. Different to the other films, this video was less professional, but a lot more authentic. It really stuck with me, because I found these women more relatable and their stories were very honest and real. They were honest to themselves as well, and really went for it.

Having attended similar events over the past few years, such as the Banff Mountain Film Festival and Ocean Film Festival, it’s dawned on me that mostly active films feature sportsmen on their agendas. This highlighted the twist on Shextreme, which aimed to record the achievements of inspiring women in extreme sports; to encourage women to have their own adventures; and to work towards an inclusive, empowering and diverse film community.