Back in 2005, Dreamworks made a film called Madagascar, which then had two sequels and a few spin-offs, and now they thought they would give a musical a shot. 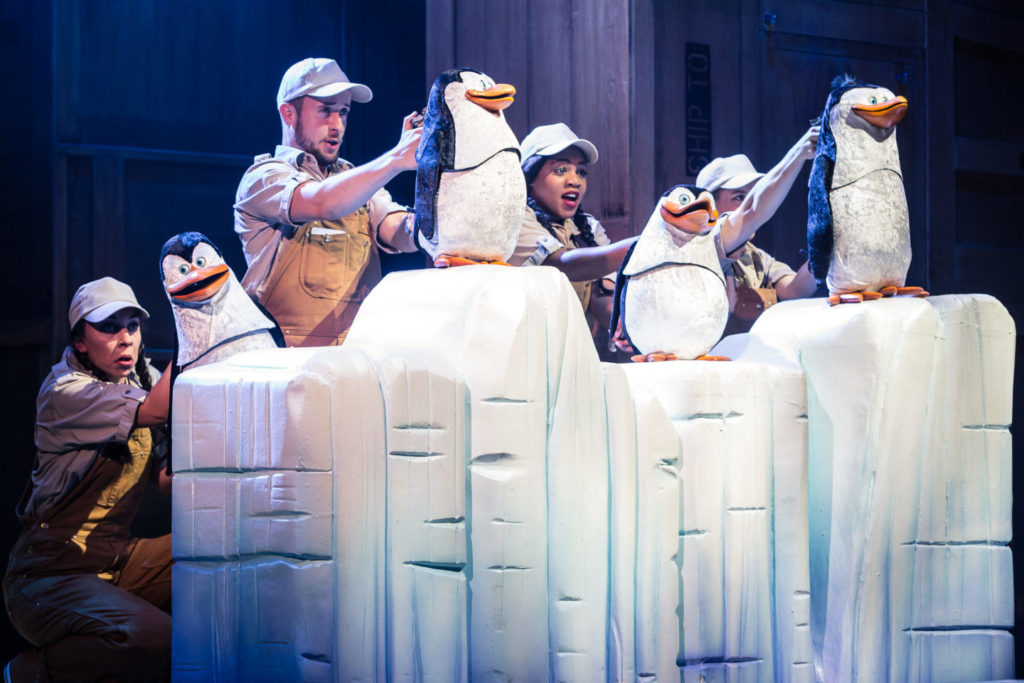 To be honest that was the best decision as the film is absolutely brilliant. This musical saw the amazing Matt Terry who began singing for us way back in 2016 when he won the phenomenon that is The X Factor and has since released a couple of singles, before making his theatrical debut in this amazing production.
Matt Terry has been given the exciting yet brave part of playing Alex the Lion who has been nicknamed “the New York giant”. As we all know, lions are often given the nickname “king of the beasts” so Terry had big shoes to fill, but he filled them and left the audience wanting more. As he reminded us why he had won X Factor, I thought they could not have picked a better person to play the king of beasts.
And as for Alex’s best friend Marty, we had Posi Morakinyo, who had trained at Italia Conti Academy Arts Centre, in London. This was such a celebratory role for Morakinyo having only graduated from the arts centre this year. Morakinyo was nervous yet excited to be playing Marty due to the role being played in the 2005 film by one of Morakinyo’s idols, Chris Rock. Morakinyo has got some moves and one brilliant voice as he continued to sing and dance all the way through the musical. 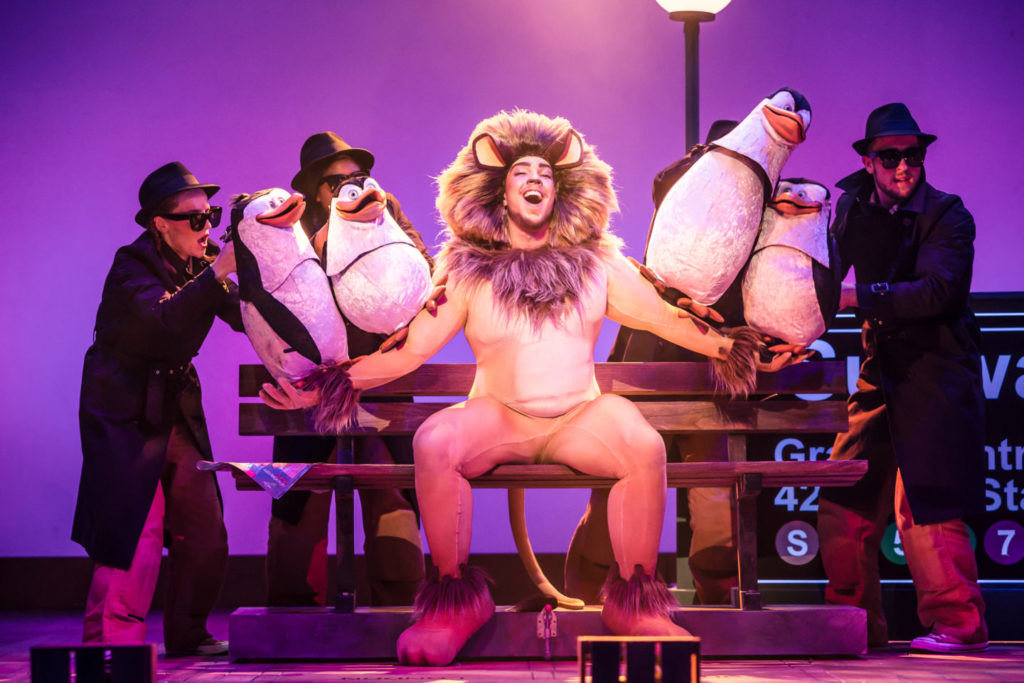 And next we have the beautiful, yet gracious Gloria, which Hannah Victoria had been given to play in this outstanding musical. Gloria just so happens to be my favourite out of the four main characters of the films. Hannah’s theatrical performances include the wide range from the Snow Queen to Bad Girls the musical. Hannah had enough experience for this role and she sang and danced so gracefully that the audience was in shock, Hannah having only graduated from Edge Hill University in 2018.
Following the gracious Gloria, next we have Connor Dyer who was chosen for the role of playing the whimpering, yet cowardly giraffe Melman. Dyer had trained at the Guilford school of acting and graduated in 2018 on the BA (Hons) musical theatre programme. So Melman in the film was worried about all the germs that he would catch and this was the same for Dyer wondering what medical conditions he would catch and ended up going to Madagascar anyway.
After the four main characters next we have King Julien who is played by Kieran Mortell. William Beckerleg plays Skipper and Maurice. Both of these have had various roles in the production area from musicals like Much Ado About Nothing to Peter Pan. 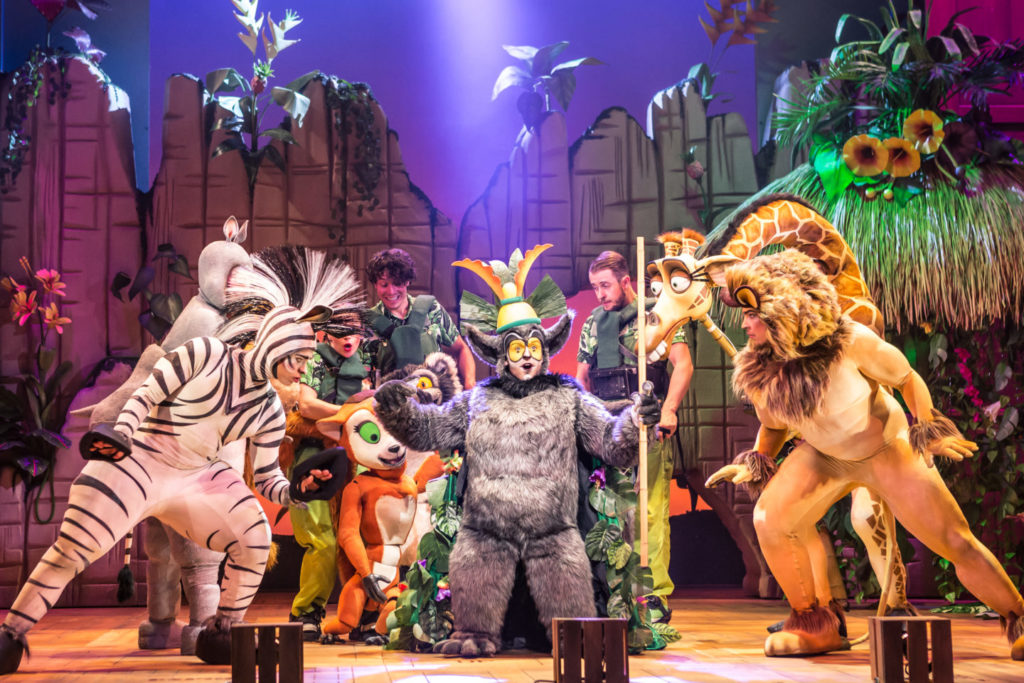 So the sound was not as good as what I thought it would be if I’m being totally honest. It was a bit muffled at times and the costumes were a bit basic for what they were and the stage was too small for the set but they made the best of what they had. The introduction had just some really loud music which made us jump. Everyone thought the sound engineering was not the best.
The second half was much better than the first half as they started with I like to Move it Move it which got everyone singing and dancing along with the cast and then carried on with the adaptation. What shocked me was the fact that Matt Terry knows how to dance and sing- is there anything that Matt cannot do? 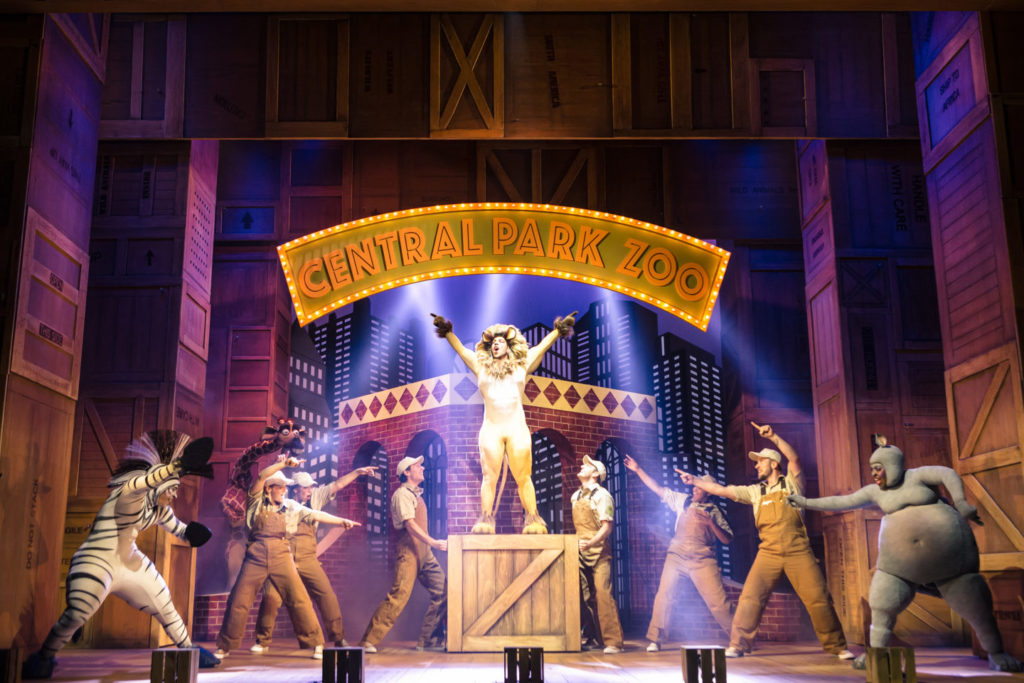 I would give this musical a rating of 5 out of 5 stars as this is something that you could bring your whole family to and everyone would get up. Enjoy it, dance and laugh.
Images provided by WMC. Credit to Scott Ryland.
Madagascar the Musical continues at the WMC till 11th August 2019.

Minus the Bear Announce Cardiff Show