Public Service Broadcasting (we’ll call them PSB from now on in) are a pseudonymous musical group formed of J. Willgoose, Esq., Wrigglesworth and J F Abraham. Based in South London, the trio create music designed to inform, educate and entertain audiences (this later became the name of the group’s first full-length album: Inform, Educate, Entertain (2013) ). Following on from the success of their first album, the group released The Race for Space in 2015 and then their latest album, Every Valley, which focuses on the rise and fall of coal mining in the Welsh Valleys. To start their European tour they came to the Great Hall at Cardiff University Students’ Union. 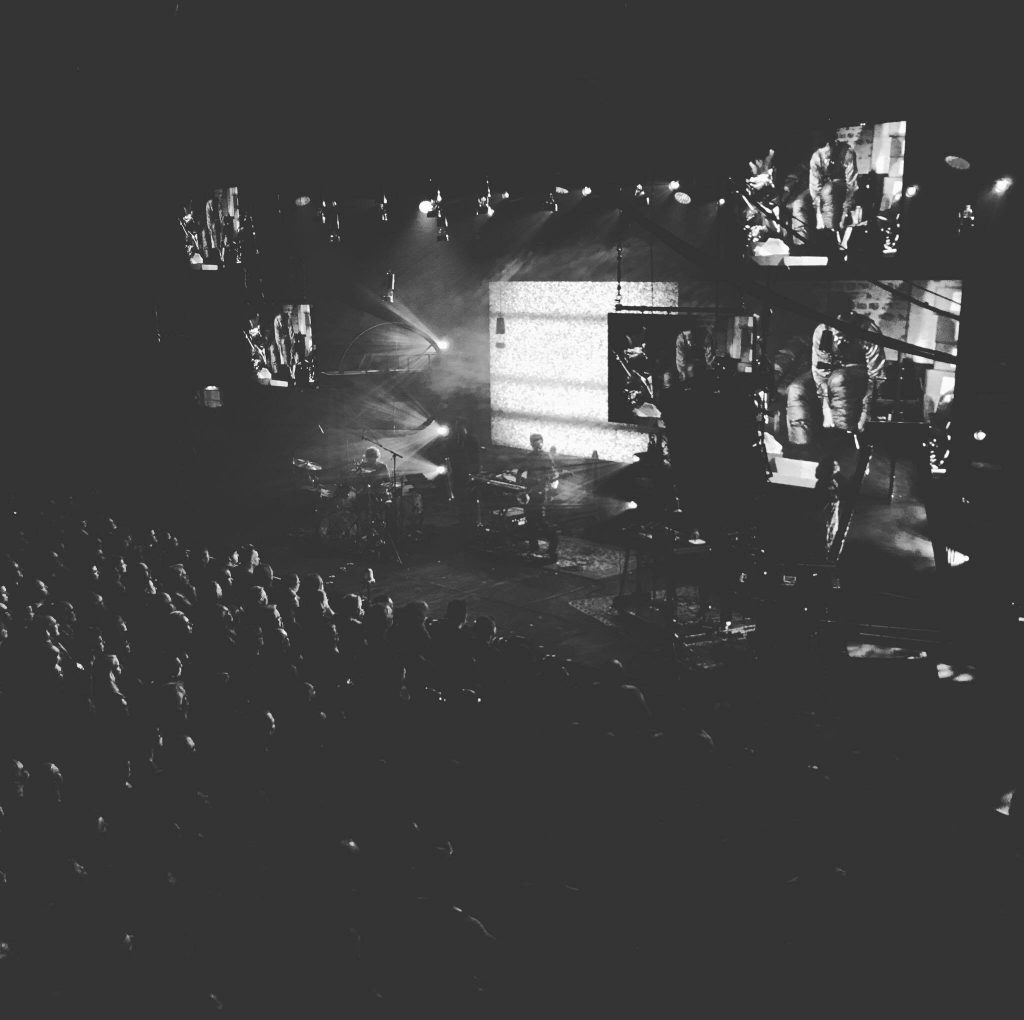 The band were supported by the fantastic Palace, who played their set of songs before PSB came to the stage. The band opened with a poignant song from Every Valley, accompanied by descending of mining lamps over the stage. The music produced by Willgoose, Esq. and his compatriots is different to anything else available. The band use samples from a range of different sources, from old NASA recordings (The Race for Space) to the experiences of miners during the strikes of the 1980s (Every Valley). The soundbites are used to guide listeners and audiences through history. What followed this opening track was a musical masterpiece of songs, old and new, providing insight into the modern history of the world.

The group’s set list included new song Progress, as well as a few oldies, including Night Mail: a musical rendition of the poem of the same name by W.H. Auden, and Everest: documenting man’s quest to climb the world’s highest mountain. A traditional Welsh choir also came on stage after the end of their set, striking a sense of patriotism and pride throughout the audience.

PSB’s latest album is meaningful, exciting and reflective all at the same time. I highly recommend Every Valley for anyone looking for an alternative to the mainstream genres of music. If you get a chance to attend one of the concerts on the tour, don’t hesitate.