Written and hosted by Mathew Robson, each episode delves into the lives of creatives, doctors, psychopaths, the mad, the sad, the good and the bad that populate our history books and riddle our mental landscape with their stories. Mathew Robson has kindly written a piece for us, telling just one of those tales…

On April 2nd 1836, Catherine Hogarth married Charles Dickens. Their marriage would be marked by wonderful moments of utmost happiness and irredeemable sadness. Throughout that time, she would go through ten full term pregnancies and have at least two miscarriages. He addressed her affectionately in his letters as ‘my dearest life’ and ‘dearest darling Pig’. 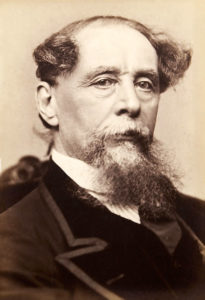 When Charles began an affair with the eighteen year old Ellen Ternan, he effectively divided his marital bedroom in two and separated from Catherine; a shockingly unorthodox action for the time. Separating from her husband and leaving the home in which she raised her ten children would have been difficult. After their separation was finally settled in June 1858, Catherine Dickens moved to 70 Gloucester Crescent, where she lived for the last two decades of her life, until her death in November 1879.

In a letter from 1879, nine years after Dickens death, Catherine was very ill, taking twice daily morphine injections to reduce the pain she was in, she showed a handful of letters between herself and her ex-husband to some friends. The letters confirmed that Charles had tried to bend the law to his own will and commit her to a mental asylum.

In a letter from 1858, Dickens had claimed that Catherine suffered from ‘a mental disorder’. The letter made its way into the press, most likely leaked by Dickens himself. Elizabeth Barrett Browning said ‘what a crime for a man to use his genius as a cudgel . . . against the woman he promised to protect tenderly with life and heart’.

1849 and 1888 outright refused to have Mrs. Dickens committed on the grounds that there was no evidence she was of unsound mind. Tuke was well known to Dickens and was a guest at the christening of his son, but by 1864 Dickens was referring to him in letters as a ‘wretched being’ and a ‘medical donkey’. 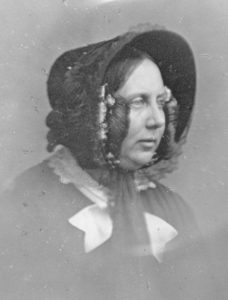 Fortunately for Catherine, she avoided being incarcerated, but the charge of ‘mental disorder’ in the 1850s made for a particularly frightening one. In the same month Charles and Catherine separated, his close friend and fellow novelist Edward Bulwer- Lytton successfully plotted to have his wife Rosina declared insane and locked away in a private asylum. It was only after a national outcry that she was declared sane and released. Public figures like Dickens and Lytton were very well connected. John Forster was secretary to the Commissioners of Lunacy, and both he and Dickens had close friendships with key figures in the mad-doctoring trade, such as Dr John Conolly.

So, what was the reason Dickens had for wanting to commit his wife? In a letter to William Moy Thomas, sent a year before Mrs. Dickens’s death in 1880, Catherine Dickens’s neighbour

Edward recalled what she had told him. ‘Dickens had discovered at last that she had outgrown his liking. She had borne ten children and had lost many of her good looks, was growing old in fact’.

The historian Sarah Wise refers to the sane who were incarcerated for being in the way as ‘inconvenient people’. It was a prevalent issue throughout Victorian Britain and it would take one woman to change the madhouses forever, when her husband, a vicar; sent her away to the insane asylum.

And if you love podcasts, make sure to check out Strangetown– the podcast from the Sprout editorial team.